In Pursuit of the Summit 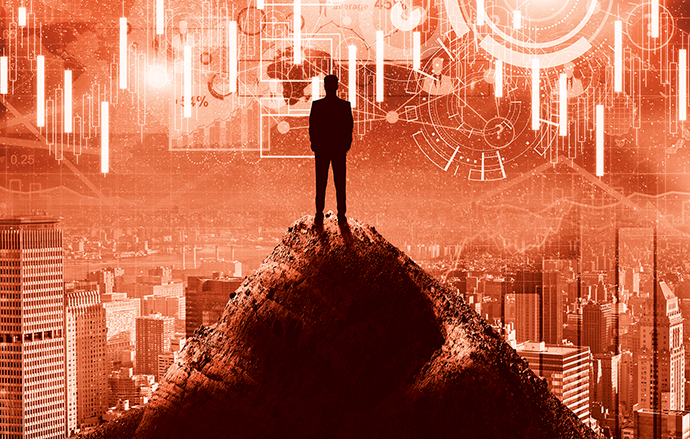 How does the Mid-Atlantic rate for attractiveness toward business? Virginia, Maryland and Delaware constitute the core of a region where you truly get what you pay for. In return for one of the country's most highly educated workforces, businesses and their employees face considerable costs that can include high taxes and robust regulations.

In July, CNBC released its authoritative annual ranking, "America's Top States for Business," and results for the mid-Atlantic represented a mixed bag. As in Site Selection's annual Top State Business Climate Rankings, released last November, Virginia placed in the top 10, with Maryland and Delaware finishing outside the top 25.

Allowing for differing sets of methodologies, history has shown that CNBC's rankings often overlap with those of Site Selection. Ours is based on a blend of subjective and objective measures — 50 percent based on a survey of corporate site selectors and 50 percent drawn from a proprietary index of where facilities are actually being sited, Conway Analytics' Conway Projects Database. CNBC uses 60 metrics separated into 10 categories and weighted on how frequently each is used as a selling point in state economic development marketing materials.

Stay tuned for November's Site Selection, when we'll release a fresh set of state rankings. For now, here's how the Mid-Atlantic states fared in July's CNBC index, complete with ideas on how these states might improve.

No stranger to achieving enviable rankings, Virginia was CNBC's top state for business in 2007, 2009 and 2011. This year, Virginia clawed its way back into the top five after finishing No. 7 in the 2017 list and No. 13 the year before. Virginia ranked No. 3 in workforce and No. 5 in business friendliness. For education, the state placed No. 6.

In January, the Commonwealth replaced a famously business-friendly governor, Democratic wheeler-dealer Terry McAuliffe, with another Democrat, Ralph Northam, who quickly sought to establish his own pro-growth agenda.

CNBC saluted Virginia for establishing a pilot program to slash red tape by allowing more professionals to acquire jobs without a state-issued license or certification. According to a study by the Institute for Justice, Virginia has the country's seventh most burdensome licensing laws for lower-income occupations such as barbers, commercial painters and drywall installers.

"We're asking hard questions about why you need certain certifications, and we're going to pare some of those down," says Virginia Secretary of Commerce Brian Ball. He tells Site Selection that, "We're constantly talking with agencies about being efficient, streamlined, open and predictable as far as how they deal with companies coming in and doing business here. We've worked very hard on regulatory reform. That's not a one-off situation. That will continue during the course of Governor Northam's administration. Businesses, more than anything, want predictability, and that's what we aim to provide."

Virginia's weakest category in the CNBC ranking was cost of doing business, where it ranked No. 34. "On salaries, we're pretty competitive," says Ball, who concedes that certain parts of the state, including suburban Washington, D.C. can be "relatively more expensive. But even in that area," says Ball, "we're less than Silicon Valley, less than New York, less than Boston. We're a suburban state, and with that come additional costs." 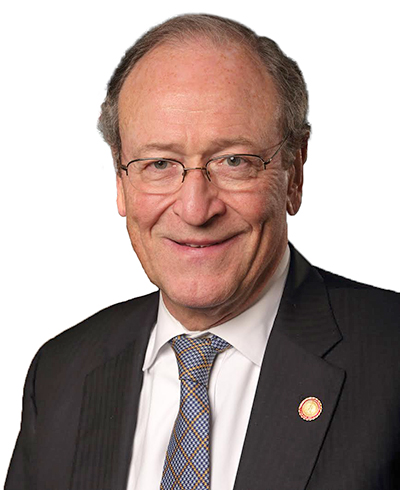 “Businesses, more than anything, want predictability, and that’s what we aim to provide.”
— Brian Ball, Virginia Secretary of Commerce

Virginia's rate of unemployment dropped in July to 3.1 percent, the lowest in 11 years. Despite the state's stellar marks for workforce, that high rate of employment brings challenges.

"We've worked really hard to come up with a workforce program that's a turn-key recruitment program," says Ball. "Once we identify prospects that are looking to relocate, we find out what they need in the way of workforce and we provide training solutions. One thing Gov. Northam did immediately upon taking office was he created a chief workforce officer. It's a cabinet-level position.

"We've got a real good sense of momentum," says Ball. "We're thrilled to have moved into the top five. Governor Northam looks at me and he says 'You're not finished. We're going to keep going until we're considered the best place to do business.' "

Maryland fell six spots to No. 31 on the list. Under Republican Gov. Larry Hogan, the state had moved up 11 spots the prior two years, including five spots in 2017.

Richard Clinch, director of the Jacob France Institute at the University of Baltimore, says that despite the drop this year, "The view of Maryland as a place to do business has significantly improved under the Hogan administration."

For Maryland, the brightest spot in the CNBC rankings was holding down the No. 6 position for workforce. Conversely, it finished No. 45 both for infrastructure and cost of doing business and ranked No. 44 for cost of living.

This year, the Jacob France Institute and the nonpartisan Maryland Public Policy Institute resurrected a quarterly study of the state's business climate, a survey of 250 business leaders in leading Maryland sectors such as manufacturing and professional services. The survey, last performed in 2011 during the trough of the Great Recession, reveals dramatic improvement.

Clinch says that during the second quarter of this year, 46 percent of those surveyed rated Maryland as business-friendly. That's up from 22 percent in the fourth quarter of 2011. In 2011, 43 percent had a negative view of Maryland's business climate; in 2018, that's down to 17 percent.

"What Hogan can take credit for," says Clinch, "is that he took a look at Maryland's nuisance taxes and has lowered them. He's looked at regulatory issues and tried to make the state more business friendly, and he's tried to control the growth of state spending.

"Maryland," says Clinch, "is a high-cost state, and there's not much we can do about it. We're highly urbanized. We have high land costs, high wages and high taxes. We're never going to be competing on the basis of business costs."

So how does the state get better?

"We have to compete on the quality of our workforce and the quality of our assets. We're in the top five states when you look at university R&D, federal R&D, patents and those kinds of things. You have Johns Hopkins, one of the largest research universities in the country. We have technology and life sciences. We have transportation assets like BWI, and urban assets in Baltimore that are remarkably underutilized."

“The view of Maryland as a place to do business has significantly improved under the Hogan Administration.”
— Richard Clinch, Director, Jacob France Institute

Clinch says Hogan "has done about as much as anyone can do to be pro-business. But the state has to follow. The counties have to follow. Some counties do. Howard County is one. Anne Arundel County is another. Prince George's has made incredible strides. But other places haven't quite figured out how to be friendly to business. Montgomery County is one of those."

Clinch also believes that reviving the fortunes of the state's largest city could go a long way toward making Maryland more competitive.

"The country has had an unprecedented period of 15 years of urban growth, and Baltimore as a city has more or less missed out on that because of a variety of issues. The real common area for the state to work together is in how to reverse the problems of Baltimore city. If you could turn Baltimore city into a growing area with even half the growth rate of D.C., the state would be a much better and more competitive place. Some of the last really nice developable properties are in Baltimore."

Delaware was ranked the 38th best state for business, up two spots from 2017. Buoyed by a first-class workforce (No.14), the First State is hobbled by high business costs (No. 41), access to capital (No. 38) and infrastructure (No. 35). The state is taking steps to shore up the latter two sore spots.

In May the state legislature passed, and Gov. John Carney signed, an angel investor tax credit known as the Job Creation and Innovation Act for Small Technology Companies. Carney, a Democrat, had proposed the credit in his 2018 State of the State address. The new law provides a 25 percent tax credit, up to $125,000, to each angel investor who invests over $10,000 in a qualified Delaware company with fewer than 25 employees.

Helen Stimson, president and CEO of the Delaware BioScience Association, says the incentive will make it easier for entrepreneurs to get started.

"We are delighted," said Stimson, "to have this new Angel Investor Tax Credit program to entice investors to support our startup companies. This benefit, coupled with Delaware's attractive R&D tax credit program, provides key benefits needed to keep our innovators in the state."

In late July, Gov. Carney announced a major infrastructure initiative aimed at eliminating so-called "broadband deserts" in rural parts of the state. The goal is to offer reliable high-speed internet to every Delaware resident and business within two years.

"It seems run of the mill, but it's anything but," says William Kurt Foreman, president and CEO of the public-private Delaware Prosperity Partnership. Foreman tells Site Selection that the state is "building out broadband access in what were internet deserts in the past to allow companies, residents, and farmers to have a competitive opportunity to operate out of a small town without the handicap of not having good access."

In another bid to modernize Delaware's infrastructure, the state agreed in April to grant a long-term lease for the Port of Wilmington to international port operator Gulftainer. Gulftainer, based in the United Arab Emirates, wants to invest some $574 million to retool the existing port and build a new container terminal on the Delaware River. Delaware Secretary of State Jeffrey Bullock says the agreement could double the estimated 5,700 port-related jobs in Delaware and could also lead to a doubling of container ship traffic in and out of the port.