An Enhanced Use Lease strategy proves key to growth
and to the mission at Falcon Hill in Utah. 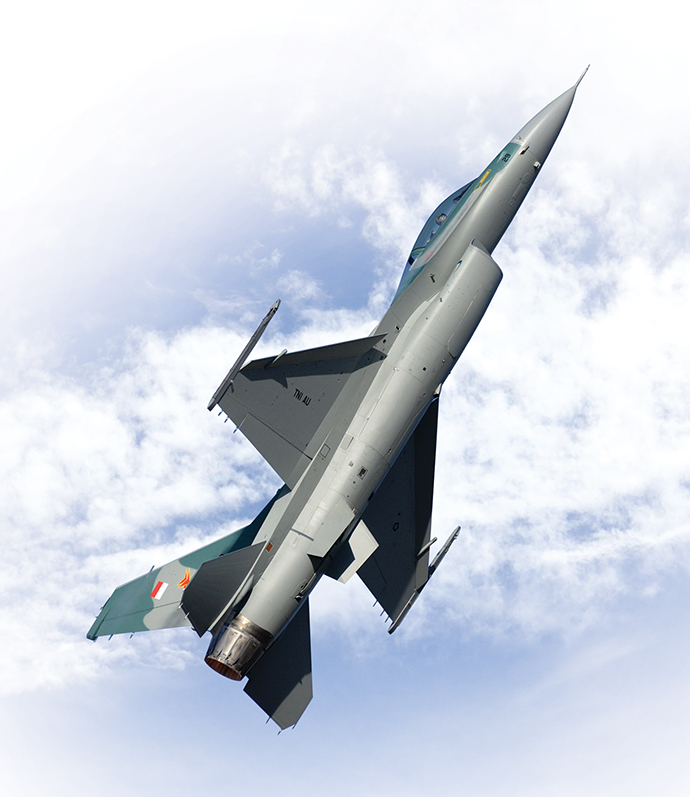 Hill Air Force Base — home to the 75th Air Base Wing located at a Utah crossroads between Salt Lake City and Ogden, next to I-15 and near the FrontRunner commuter rail — already contributes over $3.5 billion to Utah's economy each year. A 550-acre private development next to the base called Falcon Hill Aerospace Research Park, under an Air Force Enhanced Use Lease, will feature over 2 million sq. ft. of commercial space in its first phase, with additional phases planned.

Planning is turning to action at Falcon Hill with the speed of a climbing fighter aircraft and the savvy of a university. In November 2017, after only eight months of construction, officials gathered to open the new USTAR (Utah Science Technology and Research) Innovation Center, an incubator and prototype lab serving the aerospace and defense, advanced materials, composites and outdoor product sectors in Utah. And in December, aerospace firm Orbital ATK — which already has operations and testing in support of the Minuteman III booster at its Utah facilities in Promontory and Bacchus — opened a new office at Falcon Hill to execute the company's Propulsion Subsystem Support Contract (PSSC) Program with the Air Force.

"It will bring us closer together and give us the direct, quick access needed to run a program like this successfully," said Scott Lehr, president of Orbital ATK's Flight Systems Group. Lockheed Martin was an initial tenant in another office building at Falcon Hill constructed during 2017.

Founded in 1919 and headquartered in Salt Lake City, privately-held real estate development firm Woodbury Corporation owns and manages over 13 million sq. ft. of property across 12 states, including at Falcon Hill through its Sunset Ridge Development Partners partnership with Hunt Companies.

"Having USTAR at Falcon Hill is a significant boon for the community here, and is just the first of many 'outside the fence' tech-focused office projects we envision for this area," Taylor Woodbury, Woodbury's COO, said at the grand opening. "Much like the Silicon Slopes area down south, our goal is for this new USTAR building to be the cornerstone of the Silicon Hill movement that will help create a thriving tech community in northern Utah."

"In the last 18 months we've signed major leases with Northrop Grumman, Lockheed Martin and BAE," he says. "Today we had a first call with a group looking for an additional site. They are trying to choose between three major Air Force bases. Their current existing site is near an Air Force base, but not inside the fence. They claimed that Hill Air Force Base would likely end up at the top of their list because we were able to provide space inside the fence," thus circumventing issues the group has encountered in the past with classified components of their missions outside the fence.

Woodbury explains that the ultimate goal behind an Enhanced Use Lease is to create value for the Air Force out of under-utilized ground at a military base. "At Falcon Hill, a percentage of every dollar of rent that is paid to a private building is put in an account to build future Air Force buildings," he says. "To date, the Air Force has received new buildings, new infrastructure, a new gate and building demolition, all as a result of Falcon Hill. When companies make the decision to locate at Falcon Hill, they not only land in the best possible location to service their customers, but their rental payments end up funding buildings for the Air Force. For example, a major mission at Hill received 25,000 square feet of office space in 2015 as a result of contractors leasing space at Falcon Hill." 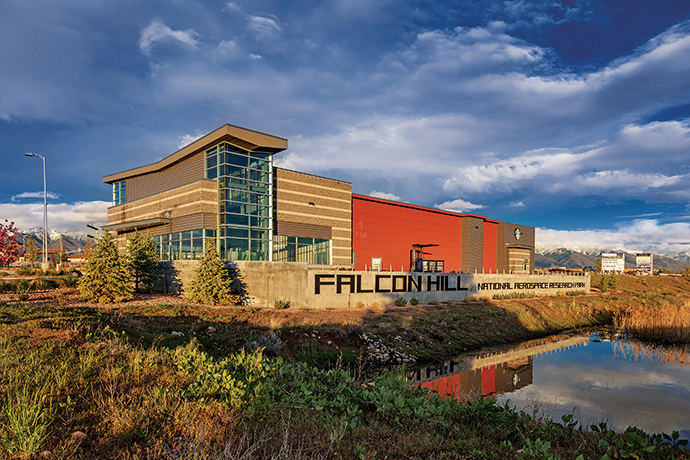 As explained by the national Association of Defense Communities, "at a time when federal funds for the operations and maintenance of military bases can be scarce, enhanced use leasing, or EUL, provides the services with an option to make the most of what they have and are not even using. Through an EUL, military departments can lease non-excess land on domestic bases to private-sector developers or public entities. In exchange, the developers or public bodies will build or renovate facilities for the services to use at their bases, make cash lease payments to the military, or both. For defense communities adjacent to the bases, the benefits primarily include the generation of jobs and tax revenue. Defense communities also believe that EUL projects can help the services operate their bases more efficiently, making them valuable to the services and perhaps protecting the bases from future closures or mission losses."

Asked to describe the park's unique infrastructure advantages, the first thing Woodbury mentions is the ability to locate within a Tier-1 secured fence. "It's a level of security that would be very expensive to replicate outside of a military base," he says. Also, there are special assets for specialized tenants.

"People think about infrastructure to mean the roads, rails, and airports, but they forget about aspects of government infrastructure that provide huge advantages to the right tenants," he says. For example, the federal government will likely construct a $105-million missile motor storage facility for the F-35s at Hill Air Force Base in 2019. For the companies that are working on the F-35, this new government facility is another in a long list of buildings that make locating at Hill make sense. The runway at Hill, the software development facilities, and the Utah Test and Training Range are all examples of 'infrastructure' that makes Hill an ideal place for companies to locate."

According to the Aerospace Industries Association's 2018 Facts & Figures report, the U.S. aerospace and defense industry supports

– 81 percent above the  national average.

How do other developments in the region and around the state complement what Woodbury and his team are doing at Falcon Hill?

"We are big believers in the idea that a rising tide raises all boats," says Woodbury. "We love everything the state is doing to try to attract more business and economic activity."

He also praises the partnership of Davis and Weber counties in laying the groundwork. "The creation of better transportation and rail infrastructure up north and the expansion and development plans at Ogden Airport have the area poised to provide excellent locations for companies shopping in the area," he says. "Lastly, the investment by Utah State University and Weber State in new programs catered to high technology manufacturing is going to pay off huge in the future.

"You aren't going to find a better trained workforce in the state," he says, "than what Davis and Weber county can provide." 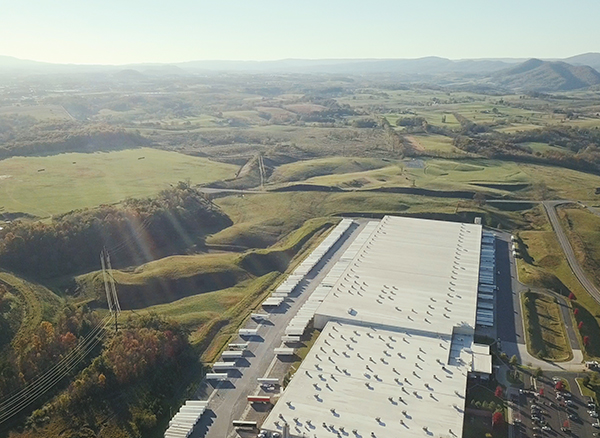 Virginia's I81-I77 Crossroads region is composed of five counties and one city in the Southwestern region of the Commonwealth, with one of the leading trucking routes traversing the region. Interstates 81 and 77 intersect in Wythe County, VA and the region is bordered by Tennessee to the West, North Carolina to the South, and West Virginia to the North.

With a rich history in furniture and agriculture, the region is now made up of a strong manufacturing base, including everything from food & beverage businesses with companies like Gatorade, to leading defense companies like General Dynamics.

VIAA's strategic East Coast location is the driving force behind the resurgence in manufacturing. With access to three fourths of the U.S. population within a day's truck drive, the region is prime for companies that need quick access to their customer base. In addition to the food and beverage industry, the region's manufacturing base includes automotive-related companies using sophisticated technology to make precision parts for the world's leading automakers, as well as high-tech companies in the plastics, furniture, distribution, and defense industries.
Internationally recognized companies such as ABB, General Dynamics, Pepsi, Mohawk Industries and Utility Trailer have made the region their home.

Another strong partner in the region is K-VA-T Food Stores, Inc, the corporate name of a supermarket chain operating in three states under the name Food City. K-VA-T's Corporate HQ is located in the region. The 94-store chain serves a current trade area population of more than 2.5 million people. K-VA-T operates Mid-Mountain Foods, a one million sq. ft. warehousing and distribution complex.

Employers in the plastics industry include Klockner Pentaplast. Klockner uses the most advanced extrusion technologies to produce specially formulated films for pharmaceutical, medical device, food, and electronics packaging. Also, with two manufacturing locations in the region, and headquartered in Bristol, Strongwell, has been manufacturing high quality fiber reinforced polymer (FRP) products since 1956 using "the continuous automatic process" (today known as "pultrusion"). Strongwell is recognized as the world's leading and largest pultruder of FRP.

Based in Marion, Virginia, the General Dynamics Armament and Technical Products center of excellence produces composite structures, mobile shelter systems, high-performance radomes, and Resin Transfer Molding products. The Marion General Dynamics plant is one of the top 25 suppliers (out of 600) to Boeing.

An advanced material company located in Galax is Consolidated Glass & Mirror Corporation, a subsidiary of Guardian Industries. In addition to the glass and mirror plant, the company added a new line in 2011 to produce specially coated mirrors used in the technology of concentrating solar power (CSP), a type of solar thermal power.

If your company is looking for an area to locate new facilities, there are a plethora of opportunities in the region.
Multiple publicly owned industrial parks are available that are equipped with shovel ready sites, an abundance of power and natural gas capacity, interstate access, and rail service. Our low cost of living and low tax environment combined with low energy and utility rates provide an operational benefit to our industry partners. Learn more at www.i81-i77crossroads.com.

We Build it Better in the Crossroads. Join US. Build Here! 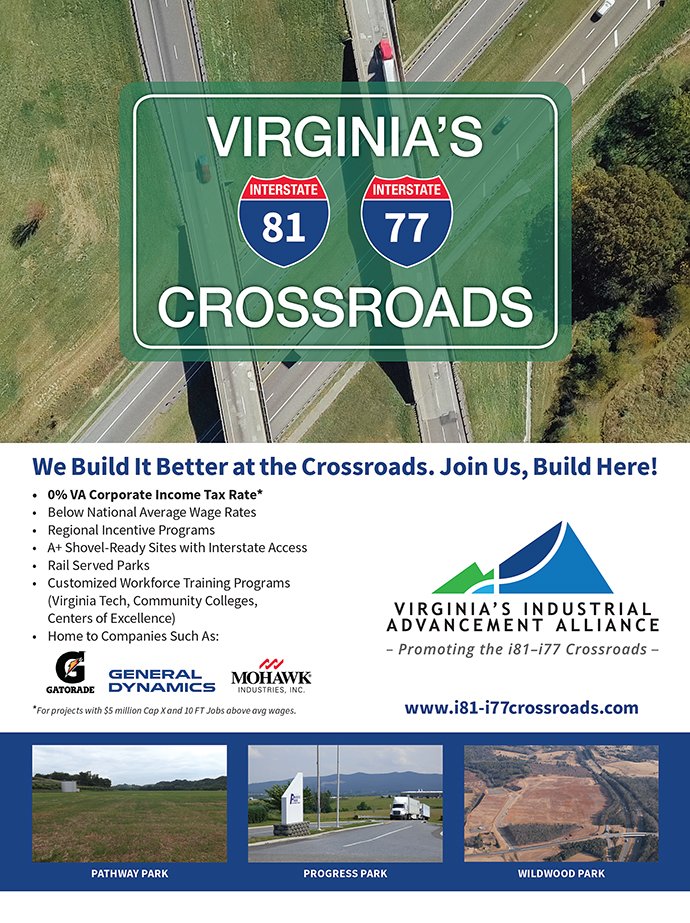 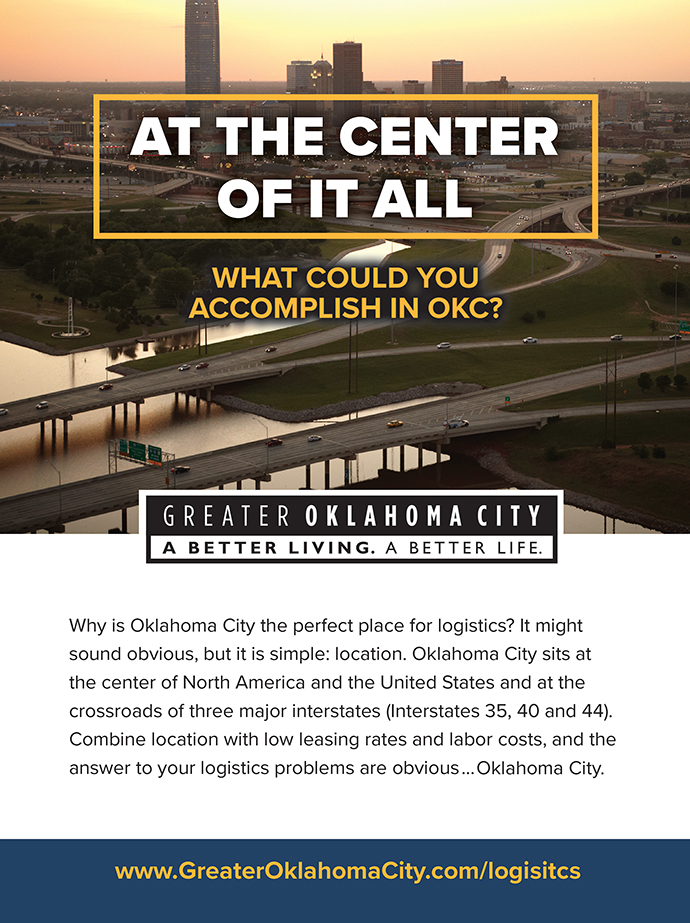