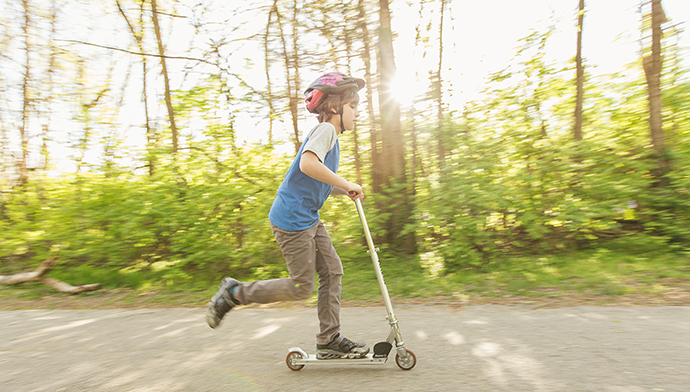 In August, nearly a year after unions submitted enough signatures to put repeal of a newly passed right-to-work law on a referendum, Missouri voters overwhelmingly rejected it, just as they did the first time they considered the notion 40 years ago.

The vote took place just two months after Governor Mike Parson — a small business owner and third-generation farmer who owns and operates a cow-and-calf operation near Bolivar — took the oath of office after Eric Greitens' resignation in the wake of scandal. I talked to Gov. Parson a few days after the August referendum that would have made Missouri the 28th right-to-work state.

"It was a tough vote for us who supported that issue, but it was loud and clear about what the people thought," he said of a measure that lost in 101 of the state's 114 counties. Asked about working with unions in general, he says, "There's always room for union jobs. Take Ford Motor Company. It's part of their business plan. But I also must say if competition is what's driving it, right-to-work shouldn't be a threat ... Right now, workforce is a huge issue in trying to meet the demands out there. I was a supporter of right-to-work. I think it's a good thing for the state of Missouri. If we do it at some point, we're going to get to compare those two things. Other states have been very successful."

Now, he says, "It's about moving forward. Our emphasis is on workforce and infrastructure." Missouri business and community leaders are part of a nationwide rethink on how the high-tech and business worlds interact with education systems. He sees a "tremendous opportunity" to develop skilled workers in trades, and he sees new University of Missouri System President Dr. Mun Y. Choi already playing a big role in that.

"He has really refocused that university, putting it on the cutting edge of new ideas when it comes to workforce," Parson says. It's part of getting the four-campus flagship system (2017 enrollment: nearly 73,000) and all the other systems out of their silos and on board with meeting skills-based workforce needs.

"Zora and I have a similar path," Dixon said in recent remarks at the Southern Legislative Conference annual conference in St. Louis. "The theme is talent drives economic development."

Among the hard truths state leaders are examining: rural/urban tension; infrastructure that is "inadequate for a 21st century economy, squandering our geographic advantage," said Dixon, and a lag in post-secondary degree and credential attainment. "Status quo is not an option," said Mulligan. "Also, we have a pretty strong sense it's now or never." 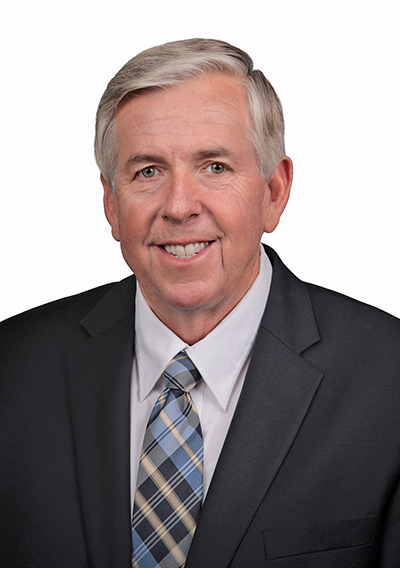 “I’m a farmer at heart, but my entire career I’ve tried to bridge that gap between urban and rural.”
— Mike Parson, Governor of Missouri

The two leaders have championed a crowd-sourced open call for new economic development ideas called Best in Midwest, and a related effort called Talent for Tomorrow. More than 125 ideas had been submitted to bestinmidwest.com by late summer, suggesting such things as focusing the Main Street Missouri program on craft beer, or providing specific workforce training centers of excellence for disciplines such as stainless steel welding.

Dixon says the idea of alternatives to four-year degrees has come up quite a bit in conversations with 2,000 Missourians. Formerly, added Mulligan, "We thought it was about collecting data, moving students from philosophy to welding, and the problem will be fixed. But it's a more complex challenge." Moreover, she says, "As we've talked with Missourians around the state, each sees themselves in this problem." The feedback isn't just going to become "a big plan on a shelf, not going anywhere," she says, but a living thing breathing new life into the state economy. "What is our competitive advantage?" Mulligan asked. "Boldness."

Missouri has garnered its fair share of healthy projects and business-friendly policies in recent months: Dollar Tree's 375-job, $110-million logistics center in Warrensburg; similar fulfillment operations from Amazon and Grove Collaborative in St. Charles County outside St. Louis. Dixon cites the retention of the Sav-A-Lot headquarters in St. Louis and a new Nucor investment in Sedalia as wins that showcased deep collaboration across state and local agencies. Parson says working with Nucor on labor force and DNR issues showed that a lot of company concerns boil down to getting through the bureaucracy. Also, he says, "One thing I'm starting to learn is people want to know what it is like for their families. They want to make sure it's a good environment to live in, and to retain employees once they get there." The best way to convey that message? Getting CEOs to join him at recruiting meetings. "There's no better salesman than someone sitting across the table saying 'I actually did bring my business to the state.' "

"We have historically fought tooth and nail from basketball to economic development," Dixon says, while also noting that it's not just a K.C. issue. "A significant majority of our state's population lives on the border, from St. Louis to Cape Girardeau to the southwest area. These are fundamental questions we have to look at, not just as tactics from the incentives process, but as an overall strategy of growth."

Parson says talking with other governors as neighbors rather than rivals can be a true win-win. "I'm not so sure we shouldn't be reaching out to those states on professional registrations, for example," he says, whereby doctors, nurses and teachers could walk across state lines and work without having to go through an entirely new credentialing process. "You can build relationships with things like that," he says.

Getting urban dwellers to relate to rural dwellers might be even tougher, but Parson already has made inroads, spending a day touring in Kansas City with Mayor Sly James and planning to do the same in St. Louis. Soon he'll reverse it and have the city leaders come out to farm country. "I'm a farmer at heart, but my entire career I've tried to bridge that gap between urban and rural," says Parson. "There are way too many things we have in common" for such a divide to continue.

Eliminating silos is a major Parson theme that he brings to every cabinet meeting.

"Whether it's environmental health, the department of natural resources, revenue or K-12, their instructions are to focus directly on infrastructure or workforce development, and whatever their agency can do to move those two items forward," he say, "making sure we give the next generation the tools they need to be successful."

"Zora has a 12-year-old daughter. I have a nine-year-old son," Dixon said in St. Louis. "It seems cheesy, but that's what it's really all about."