Brexit or not, new corporate campuses bring thousands of jobs to UK cities. 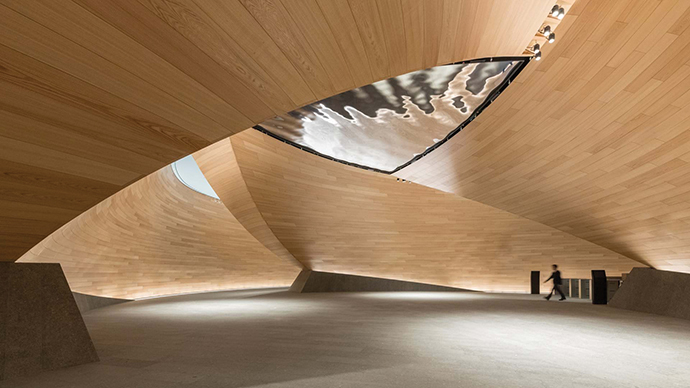 Bloomberg’s new European HQ in London is considered one of the world’s most sustainable buildings.
Photo courtesy of Foster + Partners
by ADAM BRUNS

Granada Studios in Manchester was the first purpose-built TV studio complex in the nation, known for hosting such productions as "King Lear with Sir Laurence Olivier," "Brideshead Revisited" and the first TV concert given by the Beatles, in 1962. Closed in 2013 after ITV Granada and ITV Studios moved to MediaCityUK in Salford Quays and Trafford Quays, the area has been reborn as St John's Quarter. This summer the district found an anchor as Booking.com's ground transportation division decided to site its global headquarters in Manchester Goods Yard at Enterprise City, where the travel e-commerce company agreed to a 12-year, 222,000-sq.-ft. (20,624-sq.-m.) lease.

The company plans to invest approximately £100 million (US$127 million) over 10 years at the new HQ, where it will consolidate more than 1,500 staff from four city-center sites. The company said it has created 75 new jobs in Manchester in 2018 thus far, is looking to hire another 200 as soon as possible, and plans to hire many more over the next 18 months at what will be the company's second largest location outside of its hub in Amsterdam. Construction of Manchester Goods Yard will begin this year and is due to be complete in 2020.

"We are committed to the city of Manchester and to its future as one of Europe's largest and most important tech hubs," said Ian Brown, CEO of Booking.com's transport division, which recently invested half a billion dollars in Chinese ride hailing app Didi Chuxing, adding it to its other global ground transport brands. Rentalcars.com handles more than 8 million bookings a year worldwide, while Rideways pre-books airport transfers at more than 900 airports.

Brown and his communications colleagues declined to answer questions about Brexit considerations, or about what the company will save through the consolidation, but he did offer some insight into the project's rationale and context.

"The growth in e-commerce and online travel services is a global trend that is only going in one direction," he says. "Meanwhile, Manchester and the UK remain the perfect place for us to be based. We hunt for talent globally, so access to skilled individuals from the EU and wider world is important to us, as much as supporting the growth of the UK's skills base."

Channel 4 announced its "4 All the UK" plan in March 2018 — a strategy to ensure that Channel 4 serves the whole of the UK. It plans to significantly increase its Nations & Regions content spend from its current quota of 35 percent to a new voluntary target of 50 percent by 2023, meaning a cumulative boost of over £250 million ($318 million) in Channel 4's Nations & Regions commissioning spend — which will benefit all parts of the UK.

One of those HQ finalists — Glasgow — received welcome news already, on the same July day Spirit AeroSystems announced an investment in Prestwick. Barclays plans to develop a new campus at Buchanan Wharf for the bank's functions, technology and operations teams, purchasing the property from Drum Property Group Ltd. Once completed, the campus should accommodate up to 2,500 additional roles, doubling Barclays' current workforce in Scotland and making the bank one of Glasgow's biggest commercial employers.

Helping cement the deal were assistance from Glasgow City Council and from Scottish Enterprise, which has pledged a £12.75-million (US$16.2-million) grant on the conditions that at least 42 percent of the new jobs be high value, and at least 341 be for disadvantaged workers or those who have a disability.

"The Glasgow campus, alongside others in Whippany, New Jersey, and Pune, India, is part of a global strategy to create world-class facilities for our functions, technology and operations teams," said Barclays COO Paul Compton. "This is a fantastic opportunity to deepen our close ties with local communities and academic institutions to attract and retain the very best talent."