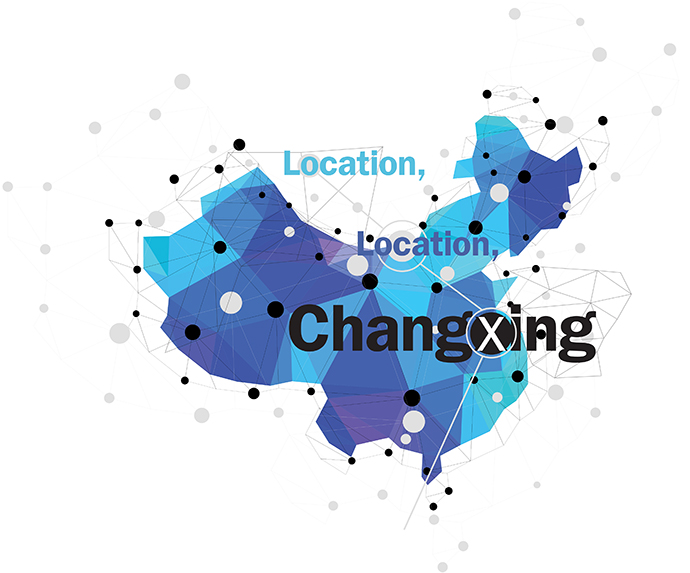 Not far from Shanghai lies a Chinese county, and a development, that are quickly becoming magnets for foreign direct investment.
With a population of 640,000, Changxing boasts many of the attributes so common in booming Chinese industrial areas: airports, high-speed rail, an intricate highway system, waterways and international ports. What, then, makes Changxing special?

Situated in the heart of the Yangtze River Delta on the border of Lake Taihu, Changxing lies within a 90-mile (150-km.) radius of over 50 large and medium size cities, including Shanghai, Hangzhou, Nanjing, Ningbo, Suzhou, Wuxi and Wuhu, with a combined population of more than 80 million people. Changxing, says one American businessman, "is in the middle of everywhere."

Established in 1992, Changxing Economic and Technological Development Zone is a state-level opportunity zone with a total area of 18 sq. miles (47.5 sq. km.), conceived to attract foreign investments, advanced manufacturing and independent innovation. Since 2003, it has ranked among the Top 10 Zones in Zhejiang Province seven times, and has twice been awarded as the zone with the best investment value in the Yangtze Delta.

New Energies and Electric Mobility: Changxing is a major production hub for batteries, electric cars and photovoltaics. In 2016, it became the Electric Vehicle Industrial Base of Zhejiang Province. Tianneng Group and Chilwee Group, two of China's largest battery manufacturers, have their headquarters within the zone. In one of the region's top investments, China's Geely Auto is sinking $4.7 billion into its New Energy Automobile Investment Project, which consists of an assembly plant, headquarters and industrial park.

Intelligent Machinery and Equipment: Changxing is a leading base for high-end equipment manufacturing with a focus on warehouse equipment such as pallet jacks, scissor lifts and forklifts, as well as intelligent logistics solutions including automated transport systems and mechanical parking equipment. In addition, firms within the zone produce PET injection molding machines for bottle packaging, food packing machines and other machinery components such as dies and molds.

Located with the zone, Changxing International Industrial Park focuses on small and medium-sized enterprises from North America and Europe, with an emphasis on German-speaking countries. With full buildout projected at 1,235 acres (500 hectares), a pilot area of 25 acres (10 hectares) is currently under construction to Euro-American standards.

The park's infrastructure, fully developed already, includes roads, parking lots, utilities and internet service. Abundant green space is planned for the park, which will also include a media center, gymnasium, food catering and a bar complete with German beer. Target sectors for the park include new energies, automotive, electric mobility, batteries, robotics, electrical engineering and HVAC.
Thanks to vocational schools and technical colleges such as Changxing Vocational and Technical Education Center, Changxing Technical College and Qunying Technical School, Changxing has emerged as a major training center for skilled workers.

"Hiring is not an issue for us or our clients," says Jason Lee of Eastern American, a Boston-based design-build contractor in Changxing. "Local officials were able to assist us in reaching out to multiple local academies and vocational schools. We were amazed."

Through partnerships with vocational centers in the German cities of Fulda and Offenbach, Changxing has implemented the German "dual training" system, whereby trainees spend part of each week at a vocational school and the rest of the week at a company. Zhejiang University of Science and Technology has established a Sino-German Engineering College with 5,000 students. Enrollment at vocational and technical schools totals some 20,000 students.

"Changxing," says Lee, "has the resources, location, people and services that a multinational company like us would look for. It's been the best experience we've had in China."

This Investment Profile was prepared under the auspices of the Administrative Committee of National Level Changxing Economic and Technical Development Zone. For more information, call 86-572-6050093 or e-mail cxkfq@foxmail.com. On the web, go to www.cxetdz.com.