You Are Cleared to Land

Where mobility assets on the ground add lift to R&D operations. 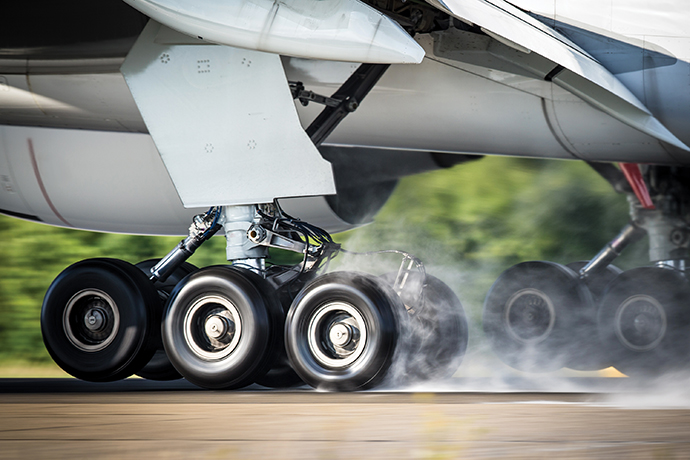 The only location better suited for automotive research and development than Southeast Michigan, where the bulk of such work already takes place, is also in Southeast Michigan — in the Detroit Region Aerotropolis, specifically. The 6,000-acre tract is home to two airports — Detroit Metropolitan, a Delta Airlines global hub, and Willow Run, serving cargo, general aviation and charters. The Aerotropolis public-private partnership does more than cater to aviation-related services. It connects potential investors in most any industry with local officials — township, county and state — and to most other resources that can facilitate a new project. 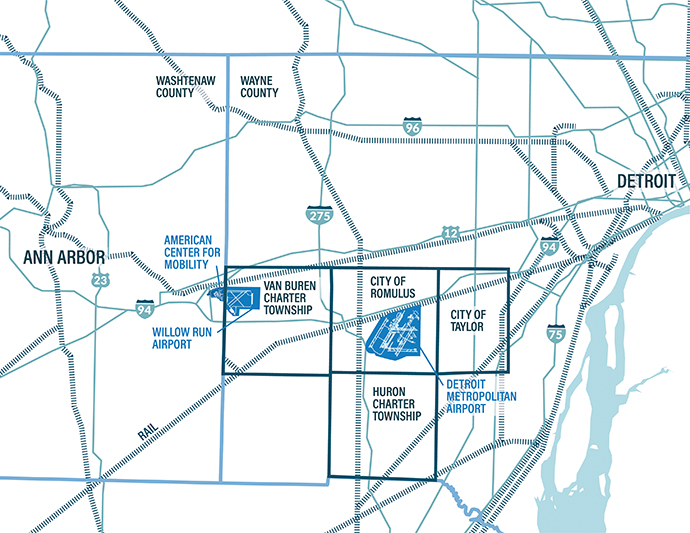 The Aerotropolis is also the location of the American Center for Mobility (ACM), adjacent to Willow Run Airport in Washtenaw County. General Motors operated a powertrain plant at the site until 2010. Today, it's a non-profit testing, education and product development facility for future mobility, complete with a 2.5-mile highway loop, 700-foot curved tunnel, 1.5-mile urban road, roundabout, garages and other amenities with which to test vehicles and devices and advance the mobility industry.

ACM, one of 10 U.S. DOT designated Automated Vehicle Proving Grounds in the U.S., will only make Southeastern Michigan and the Aerotropolis region more competitive as mobility R&D accelerates in the coming years. It's working already. Subaru Research and Development is building a new North American Technical Center in the Aerotropolis, which eventually will employ approximately 100 research specialists and engineers. Move in is scheduled for December 2019.

The Aerotropolis location keeps in place Subaru's proximity to the EPA in Ann Arbor, and the Van Buren Township and state of Michigan were proactive in bringing forward incentives and location options from the outset. The automaker learned of sites, including the one it's on, before they were even on the market.

Where the Deals Get Done

In addition to the Subaru R&D Center, Piston Automotive is establishing a new battery-casings manufacturing operation in Van Buren. But the Aerotropolis has plenty of room for more investment.

"Moving forward, there is a lot of opportunity in our region," says Ron Akers, Van Buren's director of economic development. "Between the two airports and other transportation amenities, the Aerotropolis's role in marketing our region is very important. Michigan is a complex political geography, so an entity that makes sure the right people are in the room at the same time is a huge positive for the site selectors and companies and for the communities as well. It helps make sure that the deals get done."

Why did Piston Automotive pick Van Buren? Proximity to a key client was at the top of the list.

"In Van Buren, we will be building battery modules for two future Ford vehicles," says Dave Chon, vice president of sales and marketing. "We looked for an available building that had the size and space to handle these programs as well as proximity to Ford."

Another recent investment in the Aerotropolis will take advantage of its logistics assets. Illinois-based Medline Industries, a leading producer of medical supplies, plans to lease a 420,000-square-foot facility in Romulus, investing $5.9 million and creating 75 jobs, with the potential to reach $13 million in total investment over five years.

"The Detroit area has been home to Medline branch operations for over 10 years," says Dmitry Dukhan, Medline's vice president of real estate, facilities, supply chain optimization. "We are very excited about this opportunity to grow and share our success with the community, especially in the Aerotropolis region. Its investments in infrastructure, pursuit of growth opportunities and pro-business environment are very attractive to Medline Industries." 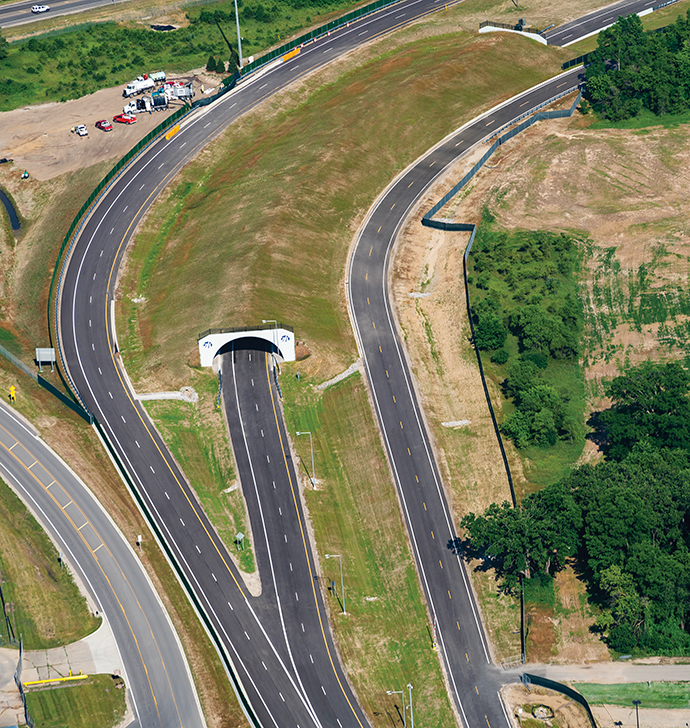 The American Center for Mobility is a magnet for automotive R&D work.
Photo courtesy of ACM

Tim Keyes, director of economic development for Romulus, welcomes Medline, Amazon, Mopar, Penske and all investors in Romulus and in the Aerotropolis. The Subaru project, he says, gets directly at the mission regional leaders have in mind for the Aerotropolis. "It's a project that is symbiotic with the American Center for Mobility and is tied to automotive, advanced manufacturing and research and development," he points out. Investors in advanced manufacturing and logistics facilities will find much of the available acreage in the Aerotropolis ideal for their needs, he adds.

"ACM will be one of the largest testing grounds for autonomous vehicles in the country," says Wayne County Assistant County Executive Khalil Rahal. "The Subaru project is exactly what the investment in ACM is supposed to spur, and this is evidence that it's working. ACM is a clear-cut advantage the Aerotropolis has over other sites in the country. The airports are yet another means of travel, of mobility, and they also have plenty of capacity. The greater we can invest in the educational resources needed to create and train the best talent, especially given their proximity to these mobility assets, the greater ability we will have to retain the talent we have and to stay competitive in this arena."