Every Picture Tells a Story

The latest film and TV statistics show which territories are seeing the most 'Action!' 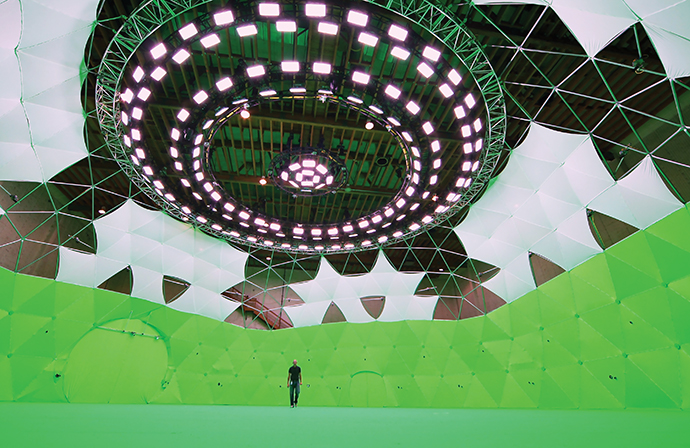 From Belfast to the Big Apple, Bollywood to Burbank, the economic impact of entertainment — like the product itself — is expanding and diversifying into new territory.

Studies performed last year by economists Oliver & Ohlbaum Associates and the British Film Institute peg the global film sector at a robust $115 billion in market revenues. The film market has a $45-billion overlap with the TV sector, where the market is more than three times bigger, at $470 billion. Oliver & Ohlbaum reported in October 2018 that the UK-based film, TV and TV-related industries (the “audio-visual” sector) comprise the largest audio-visual sector in Europe with gross value added (GVA) of £15 billion a year, and GVA per employee significantly higher than the UK average, for all industries. As of 2014, the UK’s AV sector was 20 percent larger than Germany’s and 50 percent larger than France’s, with GVA growing by 3.1 percent a year since 2010.

On the U.S. side of the pond, data* shared with Site Selection by the Motion Picture Association of America (MPAA) show where the most productions are shooting and money is flowing — and which locations seem to be getting the most bang for the buck.

California and New York still ranked No. 1 and No. 2, respectively, across most 2016 metrics, from direct and overall jobs to numbers of productions, followed by their closest challenger Georgia. Those states' performance continued into 2017. The MPAA offers concrete examples from each of those top three, noting that 20th Century Fox’s TV series "This Is Us" contributed more than $61.5 million to the California economy. In New York, Oscar-nominated films "The Post" and "The Greatest Showman" contributed more than $108 million to the state’s local economy. And Marvel’s "Black Panther" involved more than 3,100 local workers in Georgia who took home more than $26.5 million in wages, the MPAA reports.

New York City in particular contributes its fair share, and plans to do more: New York City Economic Development Corporation (NYCEDC) and the Mayor's Office of Media and Entertainment (MOME) recently released a request for proposals to develop nearly 200,000 sq. ft. of waterfront real estate into the Made in New York (MiNY) Campus at Bush Terminal in Sunset Park. Announced in Mayor Bill de Blasio's 2017 State of the City address, the MiNY Campus is a $136-million city investment that it says "will transform Bush Terminal into a hub for garment manufacturing, media production, and supporting industries. The Bush Terminal Campus is currently home to 500 workers and is expected to add approximately 1,500 new workers starting in 2020.

Challengers to the California-New York-Georgia triad in 2016 included Louisiana, Texas and New Mexico. In 2017, however, the hardest charger was Illinois, where the total number of productions doubled to 44 from a paltry 22. The only jurisdictions tallying zero productions in the MPAA stats were Delaware, and a swath of the Great Plains encompassing both the Dakotas and Wyoming.

Overall, says the MPAA, the production and distribution of motion pictures and television programs supported 2.1 million jobs and $139 billion in total wages in 2016. Core jobs in the industry (i.e. producing, marketing, manufacturing, and distributing) accounted for 342,000 of those positions, and paid an average salary of $90,000. Among other salient facts: