Who Are These Guys?

Ann Arbor’s growing tech community is making a name for itself.

While Detroit was left reeling by November's news of GM plant closures and the potential loss of more than 1,500 local auto-working jobs, its tech-centric neighbor to the west, Ann Arbor, observed a significant milestone. Duo Security, launched from an Ann Arbor incubator in 2010, was acquired by Cisco for a whopping $2.35 billion, the largest acquisition of a venture-backed startup in Michigan's history.

Founded by Dug Song and Jon Oberheide, two graduates of the University of Michigan, Duo is a cornerstone of Ann Arbor's tech community. In an email exchange with Site Selection, Oberheide noted the company's humble beginnings, which were not that long ago.

"When Dug and I started Duo in 2010 at Tech Brewery, a co-working space for entrepreneurs and startups in Ann Arbor, we worked from two desks in the corner of the office. Our first salesperson was a stuffed tiger — our patron saint, so to speak. Fast forward eight years, and we help protect 14,000 customers, including many of the world's largest and fastest-growing organizations."

Duo is a leader in multi-factor authentication (MFA), which combats security breaches by adding tell-tale layers to the login process.

"MFA," Oberheide says, "protects against phishing and other attacks and secures logins from attackers exploiting weak or stolen passwords."

In a blog post, Cisco's executive vice president and GM David Goeckler explained to employees that the Duo acquisition would pair Cisco's networking power with a security component.

"Duo's relevance spans across the entire extended enterprise," Goeckler said. "It's a highly strategic addition that enables Cisco to deliver what our customers require in today's multi-cloud world — the ability to securely connect any user to any application on any network."

Feted as Ann Arbor's first unicorn, Duo is part of an entrepreneurial ecosystem that has yielded "a huge proliferation of technology-related jobs," says Phil Santer, vice president and chief of staff of Ann Arbor SPARK, a ubiquitous public-private partnership that promotes economic development, particularly in the realm of startups and entrepreneurship.

"Just in downtown Ann Arbor," Santer tells Site Selection, "we've got 181 tech companies with 2,800 employees. I think it's only going to grow. It's a huge part of our economy."

Like Santer, Emily Heintz comes armed with numbers. Heintz recently founded EntryPoint, an economic development research group. She tallies 53 "active venture-backed startups" in Ann Arbor, representing 40 percent of the startups in Michigan and a 20 percent increase in the last four years. She counts 16 venture capital firms headquartered or with an office in the Ann Arbor area, which represents, she says, over 50 percent of the venture capital firms operating in Michigan.

"There have been a lot of really great ingredients in Ann Arbor for a long period of time, and we're just now starting to see those ingredients come together to make something great. Duo is a great example," she says, adding that Duo's pricey acquisition by Cisco means that "a lot of people with experience with Duo will have some extra liquidity and will be looking to make investments of their own. We'll see people leave Duo and start more companies in Ann Arbor."

As if by providence, a team of site selectors from Silicon Valley touched down in Ann Arbor on the very day the city was celebrating the news of Duo's $2.35 billion payday. It wasn't the team's first visit. KLA-Tencor, a semi-conductor equipment company, had begun its site search for a $70 million R&D facility with 350 potential locations. Desktop analytics helped the company pare its list to 12, then three.

"The criteria we used," Bell tells Site Selection, "were talent supply, talent quality and cost. We also looked at the university network in each region. We looked at the quality of life attributes and the ability to attract talent to the area. We thought partnership with leading universities on research was very important."

The University of Michigan, which would play a crucial role in KLA-Tencor's ultimate decision, has evolved into a catalyst for entrepreneurial activity with a federally-funded research budget of $1.5 billion a year, second only to Johns Hopkins, according to the National Science Foundation. In a press release issued in October, U-M reported that the number of startups launched at the university nearly doubled in 2018 to 21. 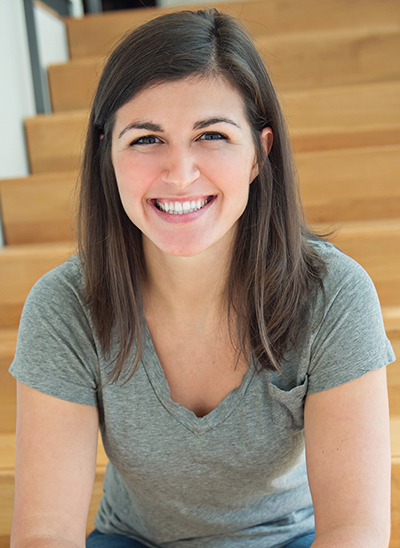 “There have been a lot of really great ingredients in Ann Arbor for a long period of time, and we’re just now starting to see those ingredients come together.”
— Emily Heintz, Founder, EntryPoint

"U-M inventors," the school reported, "went to market with a broad array of discoveries from autonomous shuttles to a post-surgery warning system that alerts doctors to patient distress well ahead of traditional methods."

"We're seeing an explosion of interest in launching software startups," Sexton said, noting that nine of the 21 startups are software companies. "Network security, for instance, is now one of the fastest growing industry sectors in the Ann Arbor area, and it all started with the university's investment in the early internet."

The recent crop of U-M startups includes Censys, a security platform invented in a computer science lab that helps information security professionals monitor and analyze devices accessible from the internet; Fifth Eye, a system that monitors the autonomic nervous system of hospital patients and predicts problems; and May Mobility, which has licensed five autonomous driving-related technologies from U-M that will help build out a fleet of autonomous public transit vehicles.

In late October, KLA-Tencor announced its decision to build its new R&D center in Ann Arbor, which beat out undisclosed sites in Canada and the southwestern U.S. The investment is to create about 500 new tech jobs.

"The whole Ann Arbor/Detroit metro area is going through a transformation," says Bell. "We didn't want to be the biggest fish in a little pond. We wanted the area to be attractive and prosperous to help us get the talent we're looking for. Ann Arbor," he says, "is really up and coming."


A Triple Play of Automotive Ingenuity

The first wave of investment news came Dec. 5 when PlanetM awarded grants totaling more than $224,000 to HAAS Alert, Humanising Autonomy and RoadBotics to launch pilots that address transportation challenges in Michigan as part of the PlanetM Startup Grant program.

PlanetM is a partnership of mobility organizations, communities, educational institutions, R&D and government agencies that work together to develop and deploy in Michigan the mobility technologies driving the future.

HAAS Alert is a Chicago-based startup that has partnered with Grand Rapids Police, Fire and Life EMS to deploy the nation’s first complete citywide alert system. Humanising Autonomy is a London-based startup that builds human-centered tools to improve safety and efficiency of autonomous systems through understanding human behavior. It will test bus driver alerts to help predict pedestrian, cyclist and other driver actions in collaboration with the Ann Arbor Transportation Authority. RoadBotics is a Pittsburgh-based startup that uses artificial intelligence to generate automated pavement condition data.

The second investment project came Dec. 6 when Drive System Design Inc. announced that it would invest $1.7 million to expand in Farmington Hills. A global engineering consultancy specializing in the design, development and control of future transmission and driveline systems, DSD is expected to create 25 high-wage engineering jobs. Michigan was chosen for the expansion over a competing site in California. The Michigan Economic Development Corp. (MEDC) awarded DSD a $175,000 performance-based grant in support of the project.

“We have aggressive growth plans, and being in Macomb in Southeast Michigan puts us in a good position to accomplish them.”
—Tony Seger, Chairman, Tooling Tech Group

The third investment project was delivered Dec. 13 when Tooling Technology LLC announced that it would relocate its headquarters from Ohio to Macomb Township as part of a $19.9-million investment that will create 100 new jobs in Michigan over five years. MEDC agreed to give the company a $750,000 performance-based grant.

The automotive supplier said it would move from Fort Loramie to Michigan, where 257 of the company’s 650 employees work in four different locations. Founded in 1982, Tooling Technology is an automotive interior die-cast and stamping tooling business that operates 12 U.S. plants.

“We have aggressive growth plans, and being in Macomb in Southeast Michigan puts us in a good position to accomplish them,” said Tony Seger, chairman of Tooling Tech Group.