Airlines and institutions put their shoulders to the workforce wheel in order to keep wings aloft. 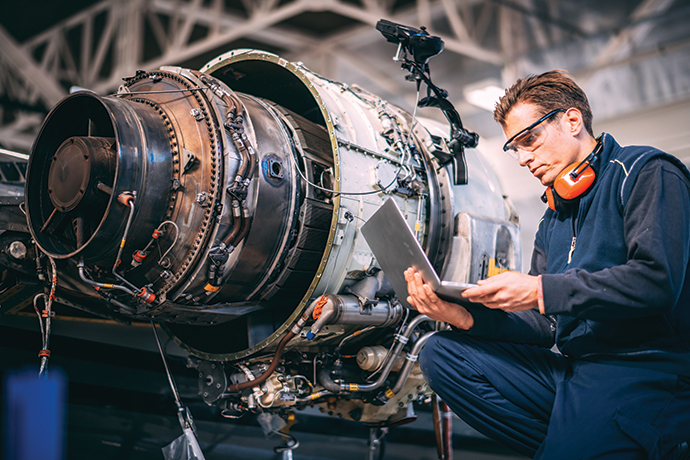 According to the Boeing Technician Outlook, North America, 189,000 new aviation technicians will be needed between now and 2037. The Bureau of Labor and Statistics’ Occupational Outlook Handbook says the median salary in 2019 for Aircraft and Avionics Equipment Mechanics and Technicians is $63,060.

So why are airlines having to scramble to fill those positions?

It’s a combination of reasons. Low unemployment. Persisting — though faltering — resistance to trade certifications in favor of four-year degrees. The lingering reputation of mechanical occupations as dirty jobs that might sully our delicate, tech-enabled fingers.

But there’s a new generation realizing the value of those jobs. There are new efforts afoot to fill the talent pipeline before it’s too late. And there is a growing national awareness of the attractiveness and career opportunities related to two-year degrees and professional certifications. Is that awareness reflected yet in job candidate numbers? 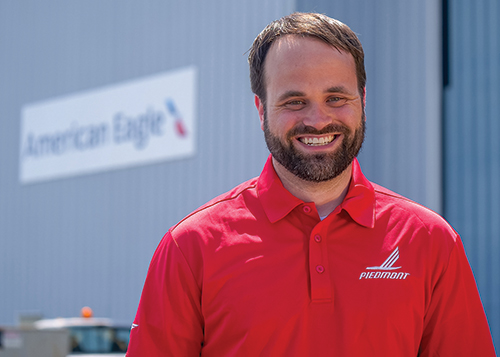 “Not yet,” says Kevin Dallaire, recruiting manager, human resources, for Piedmont Airlines, a wholly owned subsidiary of the American Airlines Group Inc. “While the technical schools have seen a slight increase in enrollment, overall they are still, on average, only 50% full. As the schools begin to see their enrollments increase, we expect a direct correlation in an increase in number of job candidates. We do see increased support from the federal government, including data that better reflects the state of the industry with the BLS and industry/educational partner grant funding (approved in the most recent FAA Reauthorization Bill). We also see a push in both the executive branch and the legislative branch to have a renewed focus on the blue collar/trade careers.”

“The ability to properly staff our locations plays a significant role in our decision-making process as we select new facility locations,” Dallaire says. “Not only are we concerned about the ability to initially staff the facility, but also the ability to maintain staffing and have a solid pipeline to account for attrition. When selecting our newest location in Albany, New York, we looked at the workforce development efforts in the area to see if we would have a sustainable workforce.”

That 37,000-sq.-ft. (3,437-sq.-m.) facility opened in May at Albany International Airport. The newly renovated hangar is the sixth maintenance facility for Piedmont and doubles the size of Piedmont’s workforce in Albany, adding 72 new jobs to the area.

Piedmont, American Airlines and the Albany County Airport Authority partnered to complete more than $3 million in initial renovations to the hangar, with more improvements to come. Piedmont will hire aircraft maintenance technicians (AMTs), avionics technicians, quality control inspectors and aircraft parts clerks to maintain up to three aircraft per night. To attract quality candidates, Piedmont is offering technicians up to $17,500 in bonuses based on experience, and an additional $11,000 in incentives for veterans transitioning into civilian careers.

Institutions and Industry Get Together

“It is clear that United Airlines, Envoy Airlines, PSA Airlines, Piedmont, and the other industry partners who are supporting Choose Aerospace hope to increase the flow of certified professionals to service their aircraft,” said AIM Vice President of Operations Dr. Joel English when the program was announced this spring. “But this effort addresses not just the problem of a technician shortage. It addresses the problem of the average family not thinking about aerospace as an accessible and lucrative career path.”

“The industry has historically used Part 147 schools such as PIA as a pipeline for talent,” says Piedmont’s Kevin Dallaire. “Over the past four years, Piedmont has taken a more active role in some of those partnerships, specifically looking for ways to invest in and enhance the relationships. For example, we realized that PIA’s greatest need was help in attracting students into the industry. We made it a point to visit high schools and attend job fairs with PIA recruiters to talk about career progression. We realize that we couldn’t just wait for PIA to graduate students — we needed to help build the pipeline.”

PIA recently held open houses at its campuses, as even a program at what Forbes called the No. 1 two-year trade school in the nation has a flagship campus at only 60% capacity.

“The issue is there are not enough individuals interested in going into a skilled trade,” even when the skilled trade can get higher salaries with less debt than a four-year degree, says Steve Sabold, director of marketing and IT for PIA. “We’ve been ingrained for generations that you must get a four-year degree to be successful.” 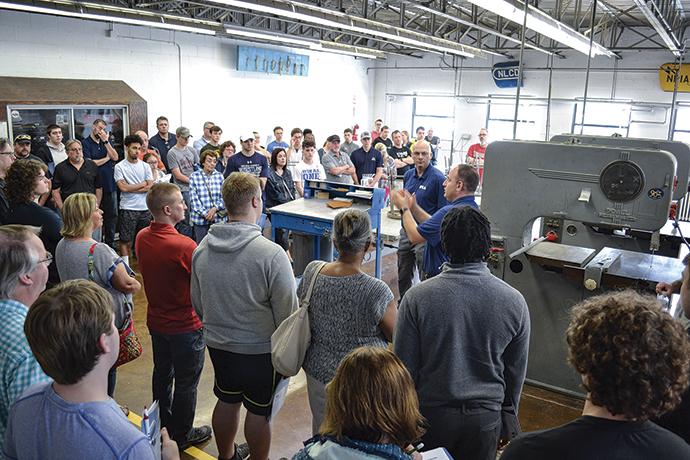 Though some campuses have been under capacity, two of Pittsburgh Institute of Aeronautics campuses are at full occupancy for this coming fall, and open houses at all four of its campuses earlier this spring netted around 260 prospective students.
Photo courtesy of PIA

He says it helps when employers get involved at such open houses “because it’s saying, ‘Listen, this is no joke, we really need aircraft technicians.’ It resonates differently with a student and family, because they can feel comfortable that there really is this demand. It’s not a sales tactic.”

It shouldn’t take many tactics. The facts speak plainly enough. Roxanne Ober, PIA’s director of admissions and outreach, says according to notes she took from a recent virtual presentation by Boeing, not only is the aerospace manufacturer covering 100% of educational benefits, it gave out some $350 million in total bonuses across the board last year. That includes AMT and related professions. “What I’ve seen change in the years I’ve been here is the signing bonuses,” she says, “thousands and thousands of dollars for signing bonuses.”

If it sounds like companies are scrambling, it’s because they are.

“At the campus today, we have Bombardier recruiting,” Ober says, with a recruiter looking to hire 200 airframe and powerplant technicians by the end of the year. “Our class is 18 students,” she says. “He was already at one of our other campuses, and is scheduled to be at two of our four campuses in the next few weeks.”

One encouraging trend: There are more females in the mix. When Sabold started at PIA in 2005 (with just two campuses), female enrollment was at 2%. As of three months ago, it stood at 6.4%. Still paltry, but progressing.

“One female here got nine job offers prior to graduation,” says Ober. “She said, ‘I’m going for my degree.’ And all of those employers said, ‘As soon as you’re finished, you call me.’”

Those employers are looking down other avenues too . The Bombardier representative visiting PIA was from the company’s site in Bridgeport, West Virginia, where “they actually have multiple field trips a week from middle schools and high schools,” says Ober. “They are doing whatever they can to whet the appetite.”

Asked to what degree his team is pursuing career pathways and apprenticeship programs that reach into K-12 systems, Piedmont’s Kevin Dallaire says, “We are very interested in creating career pathways that reach into the K-12 system and apprenticeship programs for those currently attending Part 147 schools. We anticipate having more news about this later this year.”