Springtime in Paris means an aero-defense industry project back home. 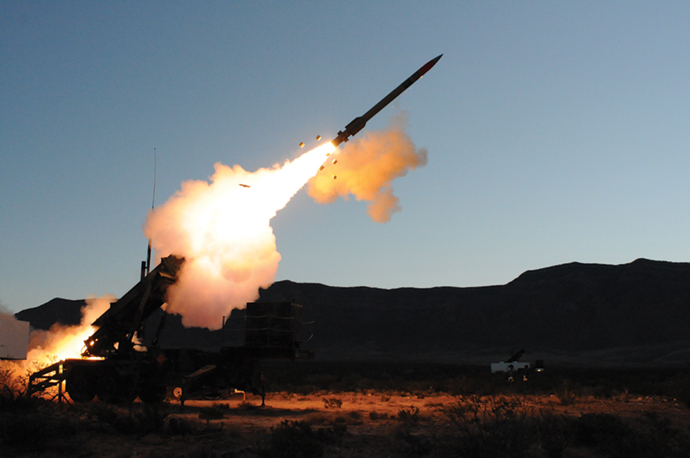 Lockheed Martin announced at the Paris Air Show on June 17 that it is investing $142 million in its Camden, Arkansas, facility and adding more than 300 new jobs by 2024. Governor Asa Hutchinson joined company executives for the announcement, noting, “Lockheed Martin is a leading technology firm with facilities and clients around the world. Lockheed’s investment illustrates the fact that Arkansas continues to be a global player in the aero-defense industry.”

The newly created jobs are growing the Camden facility workforce from approximately 700 employees to more than 900 employees in the next few years. The $142 million capital investment supports new construction and improves on existing facilities for products, new machinery and equipment important to the defense of the United States and allies. Camden is Lockheed Martin’s Precision Fires operations center of excellence.

“We are very excited about what we have going on here in Camden,” noted Justin Routon, site manager, on a call with members of the media following the Paris announcement. “Lockheed’s facility is a highly efficient, high-quality center of excellence that contributes components and performs final assembly for several of our key integrated Air and Missile Defense and Precision Fires products, such as the Patriot Advanced Capability-3, Terminal High Altitude Area Defense and others.”

Why Camden Got the Nod

Routon says it’s Lockheed Martin’s policy to look at other existing sites and new location options when planning a new capital investment project. But growing the Camden operation made the most sense in this case.

“This facility has a long record of precision manufacturing and on-time delivery,” he explains. “That’s the reason that we continue to invest in our Camden operations and consider them as a potential location for manufacturing whenever Lockheed Martin has a new product here in missiles and fire control. And the governor’s announcement today is about jobs here in Arkansas. So the expansion supports the affordability, quality and on-time delivery of systems for many different programs, which is great news for all of our customers, which include most branches of the U.S. Defense Department, and also our allies around the world. It strengthens their programs and helps ensure we can continue to deliver the excellent value and reliability that Lockheed Martin is known for.”

Project specifics, noted Routon, include the commitment to creating 326 new jobs by 2024.

“That’s taking us from a baseline back in January of about 650 employees up to around 976 by about 2024. We’re also investing $142 million in capital to support new construction of two new production facilities, as well as improving some existing facilities for the products that we mentioned earlier.”

Also on the call was James Lee Silliman, executive director of the Ouachita Partnership for Economic Development, who discussed the $501,480 in local, performance-based incentives that were part of the expansion decision.

“It’s broken out into two categories,” he explained, “$293,400 in job creation incentives to the 326 jobs that Lockheed has committed to creating at the Camden facility, and $208,080 in workforce training incentives. Both of those are the total incentive packages structured over a six-year drawdown per the company’s request. We will coordinate with our local two-year college in Highland Park, Southern Arkansas University Tech. They will be providing any needed workforce training for new Lockheed employees to support.”

Silliman says his office also is working on a future incentives component — a PILOT (payment in lieu of taxes) agreement or property tax reduction and abatement for new facilities and equipment related to Lockheed Martin’s investment. The approximate value of that incentive would be $9.9 million, he added.

On the state side, the Arkansas Economic Development Commission has qualified Lockheed Martin for two incentives. One is ArkPlus, which is a discretionary state income tax credit based on investment and minimum payroll typically used for highly competitive or targeted projects. The other is Create Rebate, which is also discretionary and is a cash payment based on a company’s annual payroll for new, full-time, permanent employees.

“These are performance-based incentives, and companies need to report and meet certain thresholds before getting any money back from the state,” says Brandi Hinkle, AEDC’s director of communications.

Plug and Play is opening a supply chain and logistics accelerator program this summer in Northwest Arkansas that will bring innovative startups from around the world to the region and build upon the fast-growing area’s robust innovation ecosystem. The effort, supported by the Walton Family Foundation, the Arkansas Economic Development Commission and founding corporate partners J.B. Hunt, Tyson Foods and Walmart, will be coordinated locally by the Northwest Arkansas Council.

Plug and Play will work collaboratively with participants from the region to identify key industry challenges in supply chain and logistics. Once identified, Plug and Play will seek out the best startups to help develop solutions to these key challenges. The program will include two cohorts of 10 companies each year and will feature workshops, mentorship sessions and summits that will bring innovation, business development and investment opportunities to Northwest Arkansas. The accelerator will focus on supply chain optimization, blockchain, last-mile delivery, warehouse automation, IoT sensors, predictive analytics, machine learning and more.

A grant from the Walton Family Foundation will support the entrepreneurial education and training curriculum for accelerator participants, as well as support community events and mentoring workshops.

“Innovation that increases efficiency in our supply chain will help our team continue to be a competitive advantage for the company and ensure we can maintain everyday low prices for our customers however they want to shop,” said Greg Smith, executive vice president, supply chain, Walmart U.S. “By combining the strength of Walmart and the speed of startups, this partnership with Plug and Play will accelerate innovation and support our efforts to maintain a best-in-class supply chain.”