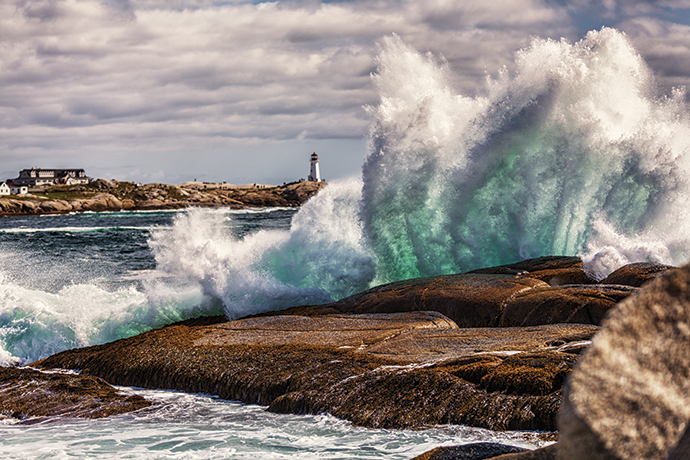 In 2018, Canada’s federal department of Innovation, Science and Economic Development created five superclusters across the country. Each of the superclusters is centered around an area already known for its density in a specific sector: Digital Technologies in British Columbia, Protein Industries in Alberta, Advanced Manufacturing in Ontario, AI-Powered Supply Chains in Quebec and the Ocean Supercluster in Atlantic Canada.

The government’s investment of up to $950 million* will be matched dollar for dollar by the private sector and is expected to create more than 50,000 jobs over 10 years and grow Canada’s GDP by more than $50 billion. Each of the five superclusters will receive between $150 million and $250 million.

The Ocean Supercluster was met with robust support and had more than 110 members at formation, including universities, petroleum research and development companies, and ocean-based agriculture firms. The supercluster is centered around a critical mass of established ocean industries including offshore oil and gas exploration and production, shipping, shipbuilding and marine equipment, fisheries and fish processing, maritime and coastal tourism, and marine transportation as well as emerging industries such as marine renewables, seabed mining, aquaculture, marine biotechnology, and ocean monitoring, control and surveillance.

Despite having the longest coastline and the fourth largest ocean territory in the world, Canada’s ocean activities comprise 2.5% of the global ocean economy, but only 1% of the country’s economy. By 2050, the supercluster is expected to grow the country’s ocean economy from $20 billion to more than $30 billion.

Institutions and People Cluster Too

More than 75% of Canada’s ocean economy is centered in Atlantic Canada. Ocean industries in the Atlantic Provinces account for more than half of all ocean-related jobs in Canada. From 2006 to 2014, the oil and gas industry accounted for over $10 billion per year of Newfoundland and Labrador’s economy. The region is home to the world’s highest tides and most significant potential tidal energy resource. More than two-thirds of the jobs in Canada’s fishing and aquaculture sectors are in Atlantic Canada, which also accounts for most of Canada’s record $6.6 billion in fish and seafood exports in 2016.

“The ocean is the new economic frontier,” notes “The Ocean Economy in 2030,” a report from the Organization for Economic Co-operation and Development (OECD). “It holds the promise of immense resource wealth and great potential for boasting economic growth, employment and innovation. And it is increasingly recognized as indispensable for addressing many of the global challenges facing the planet in the decades to come, from world food security and climate change to the provision of energy, natural resources and improved medical care. While the potential of the ocean to help meet these challenges is huge, it is already under stress from over-exploitation, pollution, declining biodiversity and climate change. Realizing the full potential of the ocean will therefore demand responsible, sustainable approaches to its economic development.”

The Atlantic Provinces are home to the Canadian government’s most significant cluster of ocean science and technology capacity and ocean-related programs and assets. These include the Bedford Institute of Oceanography, Defense Research and Development Canada, National Research Council, Natural Resources Canada and Maritime Forces Atlantic.

As for ocean-driven projects, Prince Edward Island’s Port of Charlottetown is undertaking a berth expansion project expected to be completed in fall 2019. The project will extend the existing berth space by 270 meters, which will allow two vessels (up to 330 meters) to berth simultaneously.

The new Ocean Supercluster comes at an opportune time for the region as more people are moving into the region than have in previous decades.

The population of three Maritime provinces is currently growing at its fastest pace in decades, according to the Atlantic Provinces Economic Council’s latest report card. Prince Edward Island has led the country’s population growth at a rate of 2% annually. Between 2016 and 2018, Nova Scotia’s population grew at its fastest pace since the 1980s with an 0.8% increase each year. New Brunswick trails Nova Scotia with an annual rate of 0.5%, but this is still the highest rate for New Brunswick since the early 1990s. While population growth in the Maritimes is accelerating, Newfoundland and Labrador saw a decrease of 0.2% per year.

*All dollar figures are in Canadian dollars. At press time, the exchange rate was C$1 = US$0.75