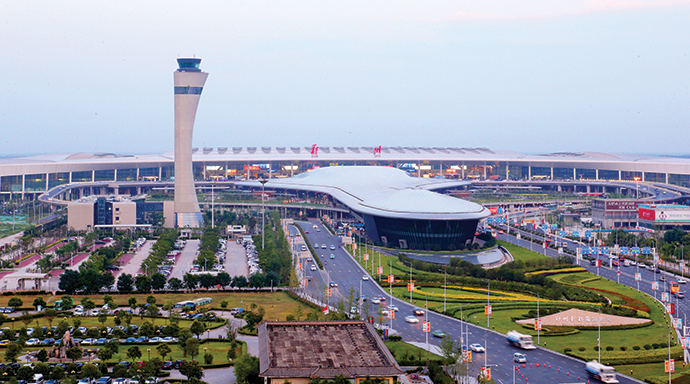 Can a world-class aerotropolis be developed in less than 10 years providing the most modern aviation-oriented manufacturing, logistics and information-based business services? The answer must be no.

Or is it? Zhengzhou Airport Economy Zone (ZAEZ) located in Henan Province (China’s largest), a little over an hour’s flight time inland from Beijing and Shanghai, aims to do just that.

In 2011, the 160-sq.-mile (415-sq.-km.) area that now makes up the ZAEZ consisted primarily of a modest commercial airport surrounded by scatterings of isolated, mostly impoverished villages tied to subsistence farming. Today, driven by the dramatic growth of Zhengzhou Xinzheng International Airport (CGO), the ZAEZ has undergone an industrial and urban metamorphosis. For those keeping count, this transformation occurred in a mere eight years, and only six years since the Zone was formally established by China’s State Council in March 2013. The ZAEZ was crowned “China’s Aerotropolis” in May 2019 by the People’s Daily.

What is an aerotropolis? Simply stated, it is a business-optimizing city built around an airport. More broadly defined, it is an aviation-centric metropolitan sub-region whose infrastructure and coordinated commercial land use are geared to facilitating time-critical business activity and trade. 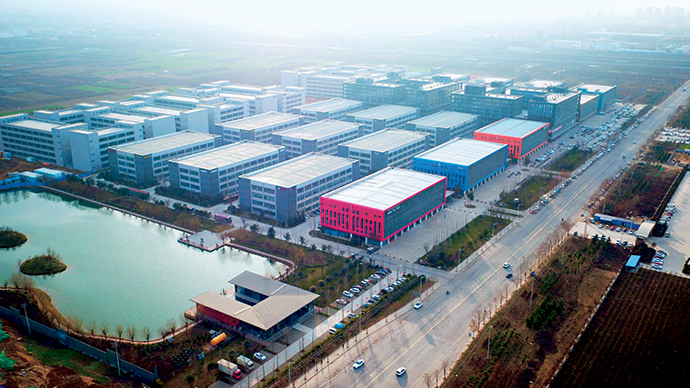 The Smartphone Park in the Zhengzhou Airport Economy Zone

The primary value proposition of the aerotropolis is that it offers business speedy national and global connectivity to their suppliers, customers and enterprise partners. Many aerotropolis firms — especially those in the high-tech, biomedical, e-commerce, experiential leisure, and advanced business services sectors — are much more dependent on distant suppliers and customers than on those in their own metropolitan region.

For such firms, time is not only cost, but also currency. The aerotropolis improves local, national, and international operations of businesses by seamlessly fusing highway, rail and air to create an “urban pipe” that reduces the time-cost frictions of space and distance over all geographic levels. This provides both firms and places with “economies of speed,” which have become as important in gaining competitive advantage today as “economies of scale” and “economies of scope.”

But there is more to creating an effective aerotropolis. Its development success requires the complex integration of three critical domains: business, transportation and urban development. This is where the ZAEZ has excelled.

The ZAEZ was the first, and to date, the only aerotropolis in China (and arguably the world) to simultaneously address business, multimodal surface transportation, airport and urban objectives as an integrated whole. By carefully following and, more importantly, executing aerotropolis planning principles (see www.aerotropolis.com), the ZAEZ has experienced marked industrial investment and trade growth.

The E-Commerce Industry Park in the Zhengzhou Airport Economy Zone

ZAEZ trade (that is, imports plus exports) surpassed CN¥352 billion (US$50.8 billion) in 2018, which accounted for 64% of the total value of Henan Province trade. Contributing most to the ZAEZ’s trade is Foxconn, the contract manufacturer for Apple’s iPhones. Approximately 250,000 workers at Foxconn’s immense ZAEZ factory complex have been churning out an average of more than 100 million iPhones annually over the past three years. With 60 other smartphone manufacturers producing an additional 115 million handsets in 2018, nearly one out of seven smartphones sold in the world were assembled at the ZAEZ.

Supported by Zhengzhou Airport’s 29 international air cargo routes, the ZAEZ has not only become a manufactured product export dynamo, but also Central China’s largest foreign-origin meat port as well as a leading Chinese distribution point for a multitude of other imported food perishables.

A huge, state-of-the-art, CN¥10-billion (US$1.4-billion) convention, trade, and exhibition complex is under construction that will contain 34 halls being jointly developed by China’s Greenland Group, a Fortune 500 company, and Xingang Investment, the capital investment arm of the ZAEZ. This complex, scheduled to open in 2021, will be a magnet for companies from China and throughout the world to come together to display new and innovative products.

To create an institutional structure that will draw talented university students along with well-educated Chinese and foreign scientists, entrepreneurs, and professionals, the Zhengzhou International Higher Education and Innovation Complex has been planned. This complex, spanning some 20 sq. km. (7.7 sq. miles), is just 15 minutes from Zhengzhou International Airport and the ZAEZ’s major high-speed rail station that will commence operations in late 2019. Leading domestic and international universities together with their research labs will be recruited to offer instruction, research, entrepreneurial and innovation platforms.

A Manufacturing Automation and Robotics Institute is envisioned for the complex that will focus on the advancement of artificial intelligence, machine learning and automation, the last of these involving autonomous factories and autonomous vehicles.

The ZAEZ was the first, and to date, the only aerotropolis in China (and arguably the world) to simultaneously address business, multimodal surface transportation, airport and urban objectives as an integrated whole.

The complex is designed not just as an education and research campus, however. It will also be a university city. This university city will serve as an ecologically landscaped, architecturally appealing centerpiece for Zhengzhou’s National Central City designation by Beijing, whose purpose is to foster entrepreneurial and innovation-driven urban transformation in China.

As the ZAEZ implements the aerotropolis model to attract innovative manufacturing and knowledge-based services, it is catalyzing numerous emerging economic sectors including, among others, new energy vehicles, precision manufacturing, commercial aircraft leasing, high-value food processing and cultural tourism. Delegations from around the world are coming to observe the ZAEZ, with many returning a year or so later to visually capture the pace and scale of development of this remarkable aerotropolis.