Backed by Hoosier Energy, Indiana launches a bid to bring in data centers. 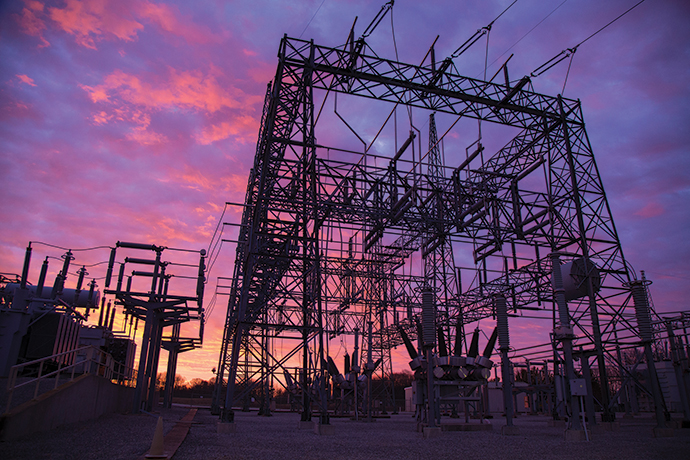 Bold tax incentives newly offered by the State of Indiana have quickly earned the attention of data center developers.

“We’ve already had five visits and inquiries, and they’ve all told us that the only reason they are looking at Indiana is because of the data center legislation,” says Harold Gutzwiller, manager of key accounts and economic development for Hoosier Energy, an 18-member cooperative serving 59 counties in southern Indiana and eastern Illinois.

Indiana has long trailed its neighbors in the race to attract the massive data storage facilities that accounted last year for $120 billion in capital expenditures, an astounding increase of 43% over 2017, according to Synergy Research Group. In next-door Ohio, the Columbus region alone boasts some 26 data centers; all of Indiana totals 28.

“In Indiana, all construction material, all fit-out, all computer equipment and all support equipment was subject to the state sales tax,” Comerford says. “They were also subject to the business personal property tax. The combination of the two made Indiana extremely uncompetitive versus some of the other states in the area.”

“Indiana was clearly at a disadvantage due to our tax structure,” says Gutzwiller, “which is really an anomaly because we’re good in almost every other tax situation. This may be the only major sector where taxes worked against us.”

The message got through to Indianapolis, where lawmakers in both houses passed the new incentives nearly unanimously in March, with Gov. Eric Holcomb signing off in May.

“This could turn out to be the biggest economic development bill this session,” said state Sen. Mark Messmer.

Packed with row upon row of servers, data centers are prodigious energy users. So much so that up to 70% of operating costs can go toward electricity. Indiana’s new incentives exempt electricity costs from the statewide 7% sales tax, a crucial advantage found in just a handful of states, says Comerford.

The sales tax exemption extends to the purchase of data center-related equipment, such as servers, routers, wiring, software and other components.

“On a large data center, with servers that have to be refreshed every three or so years, you’re talking 7% of that investment,” says Gutzwiller. “And that adds up to a lot of money. Those savings will be substantial on an ongoing basis.”

In addition, the onerous personal property tax can be abated by local communities that choose to do so, another attractive cost-saving measure. Comerford says the changes put Indiana in the top five states for data center incentives.

As a condition, at least 75% of data center construction material and labor must be sourced through Indiana vendors, and the tax exemptions expire after 25 years unless the data center investment tops $750 million, which extends the exemptions to 50 years.

A three-tier investment threshold gives an advantage to the state’s least populous counties, such as many of those served by Hoosier Energy. To qualify in a county of 100,000 or more residents, a data center investment must total at least $150 million over five years; the threshold drops to $25 million in counties of 50,000 people or fewer, where labor costs often are lower.

“We have a lot of rural communities,” says Gutzwiller, “that would welcome a $25 million investment with open arms.”

Armed with the new incentives, Hoosier Energy — already a visible and active economic development player — is going all in to bring data centers to southern Indiana. The 70-year-old energy co-op has partnered with BLS to identify potential data center sites throughout its 17,000-sq.-mile (44,000-sq.-km.) service teritory. BLS isn’t new to the game, having certified sites for data centers in more than a half-dozen states.

“In any geographic location,” Comerford says, “electricity is one of the first things we’ve got to take a look at. What’s the capacity? What’s the transmission system? Being near a substation is optimal.”

Increasingly, developers such as Facebook, Google and Amazon Web Services are demanding access to 100% renewable energy to power their data centers, a box that Hoosier can check. Hoosier also is competitive on the all-important matter of cost.

“We have an economic development rider, which will discount the cost of electricity for the first six years of a project,” says Gutzwiller. “We also have a market-based rate for those particular projects, where we can provide energy costs based on the market. We are here,” he says, “to make  this happen.”