Professional Association 101: How to Make IAMC Work for You 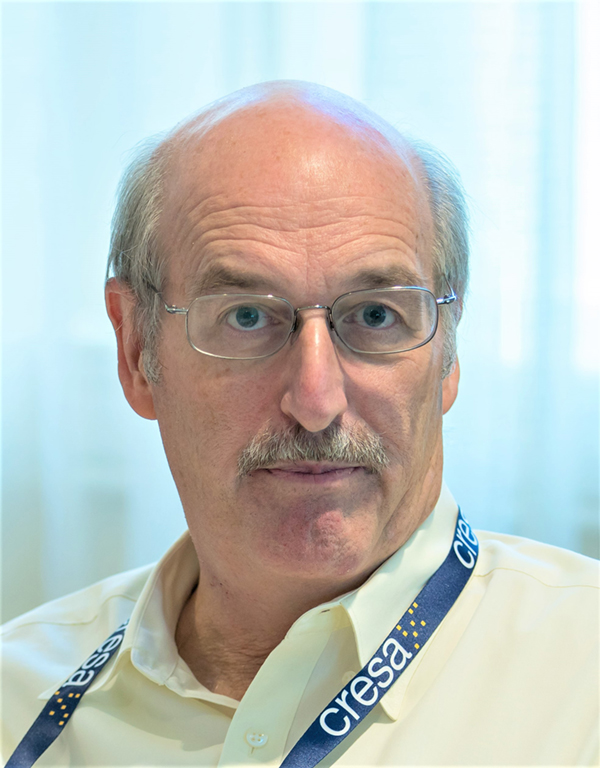 Professional association aficionados know you get out of your membership pretty much in proportion to the time and energy you put in. This means jumping in, presenting at events, joining a committee, participating in online discussion boards, positioning yourself for leadership. Paying dues and going to an event or two is not quite as rewarding.

I could be a case study for this. I joined IAMC in 2004. I’ve served on the Membership Recruiting Committee, co-chaired it, and helped provide oversight for Princeton, New Jersey, IAMC Local events. I’ve attended 16 Professional Forums and presented at or moderated several workshops. I was invited to serve as board secretary for 2015. Last year I became chair.

IAMC has been a rewarding experience for me, providing skills development workshops, expanding my professional network, honing my leadership capabilities and introducing me to industry people who’ve become my friends. Leadership in a volunteer organization is even more challenging than in a corporate environment, but looking back, the leadership skills we call upon more often at IAMC are the best to emphasize in a corporate environment as well. I believe my reputation and value as perceived by my company have expanded as a result. I’ve had to invest my time and personal energy, but the ROI has been very positive.

So, how can you use IAMC to further yourself professionally? It’s a capable career management tool, I can tell you. Here are some recommended process steps:

Participating in IAMC can signal to your peers at work, your management and others in the field outside your company that you are serious about your career. This is a good thing, because it’s not necessarily true of every professional in any field of work. It gets you noticed. It may open some doors and get you additional responsibility and promotion opportunities. In some companies, just demonstrating this interest can provide access to training tracks not available to all managers.

Professional development is crucial for every growing, advancing, responsible professional. Things change every day, week, and month. IAMC is aggressively upgrading its professional development capabilities. We provide programs in 11 CRE practice areas. Most of these are covered in every Professional Forum. Workshops are also available at Local and International events and via occasional Webinars. We’re building a knowledge repository of workshop presentations and research that’s available 24/7 from anywhere through IAMC’s Cornerstone online discussion board.

But passively taking in the learning is not enough in any profession. Those who are on the way up and are actually growing have an obligation to become part of the instructional infrastructure. True professionals share what they know because that’s the only way to grow the profession. We all talk about best practices; but if everyone kept them to themselves, the level of knowledge and sophistication in the profession’s population would stagnate.

Most know that teaching and mentoring provides as many or more insights to the teacher/mentor as it does to the student/mentee. Sharing what you know as a workshop presenter actually sharpens and deepens those insights in you.

Cornerstone is another great way to network right from your desk at work. Get your password. Log on and check the discussion threads a couple of times a day. If you can contribute to a discussion, don’t hesitate to do so. You may be the only one with the particular insights that could solve another member’s problem. Cornerstone is a great way to get your name out there as someone with valuable ideas and experience.

Lastly, IAMC is a quiet but very effective CRE jobs network. If your department is hiring, get the word out over Cornerstone. If you’re looking for a new situation, you also can use Cornerstone. I recommend you focus your communication toward those members most likely to have the job you seek.

The group to which you send can be very finely tuned. If you’re not sure how, reach out to a staff person for assistance. They’ll be glad to help.

In conclusion, I encourage you to view IAMC is as a career management tool. You or your company are paying the dues. It’s there waiting for you to use for your professional benefit and advantage.


Should CRE & FM Be Siloed Functions?

In my early days covering the commercial real estate market, I interviewed the head of facilities for a major manufacturer headquartered in Pittsburgh. The name of the company is off the record: You can be sure of that. He told a tale of being alerted on Good Friday that a new unit was moving into HQ on Monday. The manager rallied his forces and created the new unit’s spaces over Easter weekend … only to be told on Monday that the consolidation had been scrapped.

And therein lies one of the major pitfalls of a siloed facilities department, detached from corporate real estate and, through a breakdown in communication, out of sync. The perils of such situations extend far beyond a lost weekend. Siloed organizations run the risk of ongoing redundancies of costs as well as strategy, and a tougher time nailing down performance metrics.

Siloed departments can work, and indeed, there are challenges inherent in centralization as much as in separation. But as you’re about to read, many of the risks of unification occur upfront, in the set-up, and they can be addressed with clever change-management strategies. The risks of silos are ever-present. Let’s explore the rationale of integration, the challenges of both models and listen to some advice that can help IAMC members mitigate risks, whatever their internal organization looks like.

The Joys of Integration

“Typically, the rationale for integration is to create a more coordinated approach across the real estate and facilities life cycle,” says Griffin James, senior manager at Deloitte Consulting LLP in Boston. Part of James’ charge is to help clients working on their corporate real estate/facilities operating models. Integration, he says, “addresses interdependencies across performance indicators, strategic initiatives and operations. There’s also a cost and consistency aspect to that relationship, in terms of staffing, outsourcing practices and the definition and assignment of services. A center-led approach can support all of those objectives.”

“When you bring the various functional components together,” says Todd Clark, VP of global facility services for Scientific Games in Las Vegas, “you have the ability to do deeper dives into performance metrics, allowing you to see what does or doesn’t work well. It’s also easier to implement standards and to add value by such measures as leveraging your spending with preferred providers.”

That’s exactly what Clark did for Scientific Games, one of the largest providers of gaming equipment and services in the world. Among other products, its 4.5 million sq. ft. of global facilities produce 44 billion scratch-off lottery tickets annually. They centralized real estate, design & construction, facilities management, environmental health and safety, sustainability and other functions rather than “limit our ability to be more strategic and proactive. If you perform only one function, you’re a one-trick pony, and it’s hard to add a lot of value.”

Ditto government contractor Sierra Nevada Corp. Under new management a few years back, SNC also consolidated, explains Herndon, Virginia–based Corporate Real Estate and Facilities Manager William Glass. “It was a natural development,” he says, “a rationale that all these functions are part of the cradle-to-grave uses of a building. They all fit under a corporate real estate umbrella because they’re all part of that asset.”

Glass reports to the head of finance, a connection that, in turn, “gets us into the C-suite.” Consolidation brought a clear delineation of reporting lines up the ladder. Or as Glass puts it: “There’s only one throat to choke.”

“There’s a default assumption … when anybody tells you to do something differently from how you’ve always done it [that] Corporate is always making things harder for the business unit.”
— William Glass, Sierra Nevada

But standardization and cost considerations aside, siloed organizations — despite the negative connotation of that word — have a place in the corporate org chart … with an asterisk.

“Certain types of companies purposefully operate that way,” says James. “For example, conglomerates that acquire and divest frequently. In these situations, there can be reasons to keep certain types of functions siloed by site or by business unit. It can work.”

And now for the asterisk: “But I would at least look for some level of practice-sharing or an influence model,” he adds. “Are there internal experts or advisors who can coordinate across sites, even if those reporting lines stay separate?” If so, he says, it’s critical that these influencers have credibility across business lines to aid engagement as well as an understanding of local need.

For the sake of consistency, clarity and frankly, politics, those advisors from HQ need to be “top performers who can be out front on capabilities, strategies and standards,” he says. “The credibility of any center-led messaging is really critical.”

The choice to integrate or not is very corporation-specific, far from a one-size-fits-all issue. “Company and cultural context are important,” James says, “and we typically take that into consideration.”

James says that as companies grow in experience, they tend also to grow simultaneously toward centralization. “They start driving toward consistency and integration not only of people and processes but also of necessary technologies, such as computerized maintenance-management systems, integrated workplace-management systems and increasingly smart technologies, such as IoT sensors and analytics.”

“There are only so many fires you can put out at once,” says Clark. Despite the global footprint, integration helps him keep the staff trim, today itself a corporate imperative. “We typically have a manager at each of the larger facilities who will manage such duties as outsourced janitorial, landscaping and snow removal capabilities — all those other functions. Although we have some 200 facilities around the world, there are only 55 or 60 people in my global facilities organization.”

The risks of silos were enumerated above. But integration comes with its own challenges, although they tend to be more upfront.

“The concept of the yellow line comes into play,” says James. “Where do facilities’ responsibilities stop and those of operations start? Establishing a clear understanding of the role facilities plays in those environments is key. Another challenge is cultural. Certain organizations are simply more comfortable with reporting to a plant or operations leader, and if that changes to a CRE-centered structure, what does that dotted line look like?”

Communication, upfront and ongoing, is obviously the key. In fact, that’s true regardless of what the org chart looks like. Knowledge is power for the good of the corporate whole only when it’s shared. At Scientific Games, all the department heads “meet on a regular basis to ensure we’re all connected with what’s going on in all the different organizations around the world,” says Clark.

What it all comes down to is buy-in. “It’s important that the people at the day-to-day level be included, so they understand the larger picture beyond their microcosm,” says Glass. “It gives them a sense of value. At the end of the day, it’s always about inclusion and engagement.”