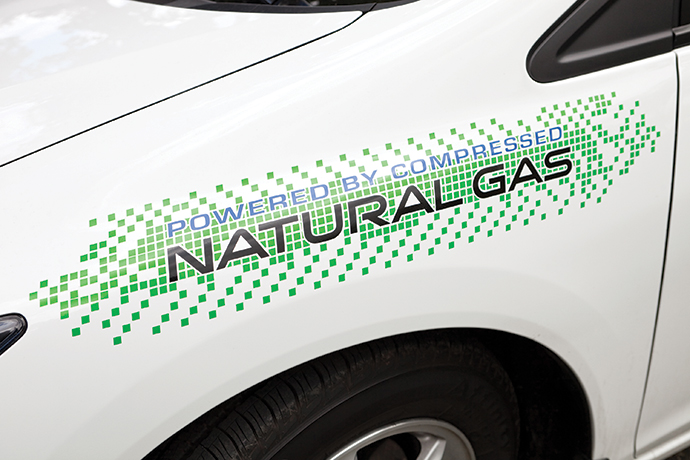 If you still get stuck behind exhaust-belching city buses, it probably means your local transit authority hasn’t yet made the switch from diesel-burning engines to those powered by natural gas. Compressed natural gas remains the cleanest burning transportation fuel on the market today, with 95% fewer tailpipe emissions and up to 30% fewer greenhouse gas emissions than diesel fuel. Not as sexy as electric, natural gas vehicles happen to be a proven, climate-friendly commodity.

“If we want healthier air today, we need cleaner cars, trucks, buses and ships fueled by natural gas,” says Daniel Gage, president of Natural Gas Vehicles for America (NGVA), the trade association for the natural gas transportation fuel industry. “It’s available,” says Gage, “it’s on the road, it’s tested technology and it’s affordable technology. If we want clean air and want to go to a de-carbonized transportation system, you have to look at natural gas.” 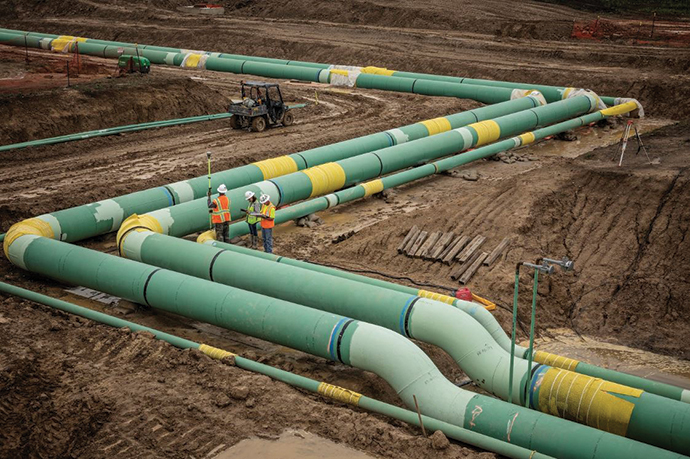 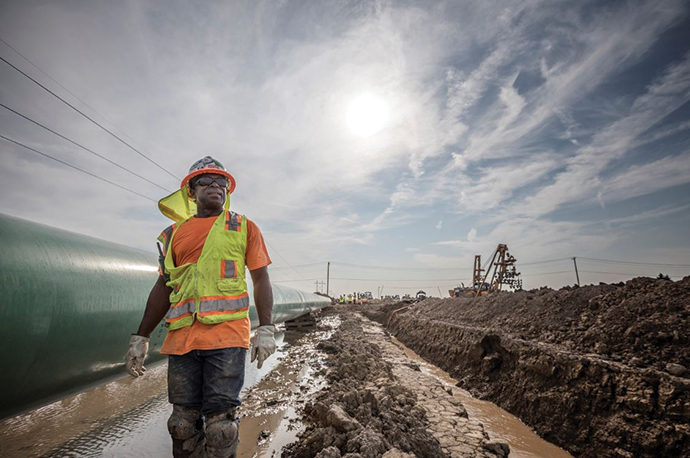 Buses, heavy trucks, garbage trucks and tractor trailers are the worst polluters on the roadways, accounting as they do for 23% of vehicle emissions, according to the Center for Climate and Energy Solutions. Not coincidentally, it’s commercial fleet operators who are making the switch to natural gas, with 11,000 transit buses alone operating on it.

“Even though the personal vehicle side of the market has pretty much gone away, we’re seeing a lot of interest around fleet vehicles, commercial vehicles and large trucks. There’s a lot of growth around CNG vehicles for that,” says Erich Evans, director of corporate strategy and development for NiSource, Inc., parent company of Columbia Gas of Ohio. “The amount of natural gas being used in transportation,” Evans says, “is probably close to twice what it was five years ago.”

That certainly holds true for Ohio, where natural gas vehicle fuel consumption more than doubled from 299 million cubic feet per day (MMcf) in 2013 to 781 cubic feet per day in 2018. A good part of that is due to cost savings of up to 50% over diesel. Ohio currently has 64 natural gas fueling stations, more than triple the number it had in 2012. Clean Fuels Ohio, which supports the state’s clean transportation industry, says that nearly 5,000 natural gas fleet vehicles traverse Ohio’s roads.

Northwest Ohio, because of its proximity to both the auto industry and the prodigious Marcellus and Utica shale fields of Ohio, Pennsylvania and West Virginia, is at the nexus of efforts to promote natural gas as a “bridge fuel” to the future. Ohio’s natural gas production, according to EIA, was more than 28 times higher in 2018 than in 2012. The Marcellus and Utica produce about 26.7 Bcf/d. According to McKinsey Energy Insights, the region will supply about 40% of the North American gas market by 2030.

“We now have gas in abundances we’d never dreamed of,” says Thompson. “Why Northwest Ohio is helping to lead the way involves location and scale.

“We’re the intersection of energy, the automotive sector and the manufacturing sector,” he explains. “Detroit, with all that automotive thinking, R&D and production, is just an hour away. And then we have the suppliers and assembly plants in our region, including some of the big ones like Jeep, General Motors Powertrain, the Ford engine plant in Lima and suppliers like Dana. Those are big anchors to the automotive world, and we’re in touch with all of them.

“We happen to have this rich resource in our state, and we want to use it for the good of our society,” Thompson says. “Transportation fuel is a very good candidate for that.”

Ramping Up for the Future

Built at a cost of $2.1 billion and completed in late 2018, the 255-mile (410-km.) Nexus pipeline has the capacity to deliver about 1.5 Bcf/d from the Marcellus and Utica shale basin to Ohio, Michigan and Ontario. A joint venture of DTE Energy and Enbridge, Inc., Nexus snakes across northern Ohio, thus positioning the region as a hub for natural gas.

“We do like this area really well because it’s such a convergence of new natural gas plates, and this new Nexus pipeline is bringing Marcellus and Utica gas to new markets that haven’t traditionally been along that path,” says Ken Magyar, DTE vice president for project and business development. “It’s supply and demand, so it’s basically bringing more economic gas to the region. It’s a positive for this area, and it’s a positive for Ohio, using this resource that’s available to it.”

Nexus is one of several gas pipelines designed to connect growing output from the Marcellus and Utica shale basin to Ohio, Michigan and Ontario. DTE is spending billions of dollars on natural gas infrastructure, including the recent purchase of the 23-mile (37-km.) Generation Pipeline, which DTE plans to connect to Nexus.

Much of that natural gas will go toward firing power plants that, in turn, power electric cars.

“Whether we put the natural gas in the automobile,” says Thompson, “or we convert power plants to generate more electricity, or even some mix of that, now we’re actually fulfilling the promise of clean energy that drivers think they’re getting with electric.”