Perspectives on what it takes to be smart range from super-fast to slowing down completely. 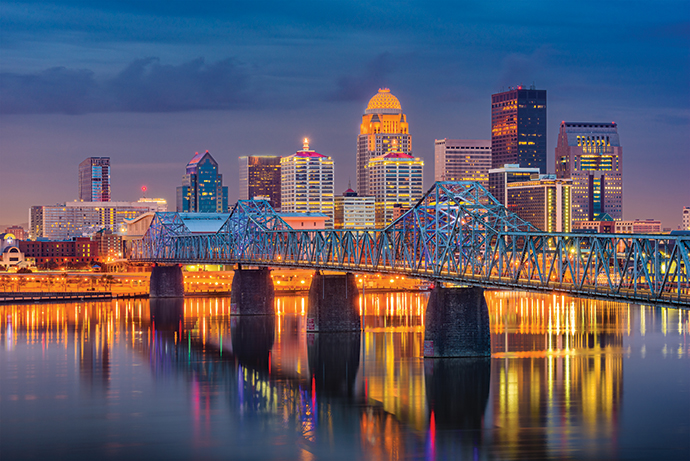 Louisville is the latest city to partner with Microsoft on a new approach to smart city technology and what it means for neighborhoods.
Photo: Getty Images
by ADAM BRUNS

Among the topics at the 27th annual Congress for the New Urbanism in mid-June in Louisville, Kentucky was a panel discussion on “How Smart Do Cities Really Need to Be, and Does Being Smart Really Make Cents?”

The timing couldn’t have been better, as Microsoft on June 7 announced that Louisville will become a Microsoft regional hub for artificial intelligence, Internet of Things (IoT), and data science.

In Texas, it means a new Mobility Innovation Zone from AllianceTexas developer Hillwood, Deloitte’s Future of Mobility Global Practice and partners. In downtown Montgomery, Alabama, it means creating a Smart City Living Lab. In Florida, developer Kitson & Partners is installing environmental sustainability and autonomous driving infrastructure at Babcock Ranch, a new city near Punta Gorda that sits on 18,000 acres that one day could be home to 50,000 people.

“There is a global demand for talent, and we believe with the quality of infrastructure we have created here, including gigabit fiber to every single residence and WiFi in all of our public spaces, plus solar energy, we will attract that talent to Babcock Ranch,” Lucienne Pears, vice president of economic and business development for Babcock Ranch, told Site Selection’s Ron Starner. 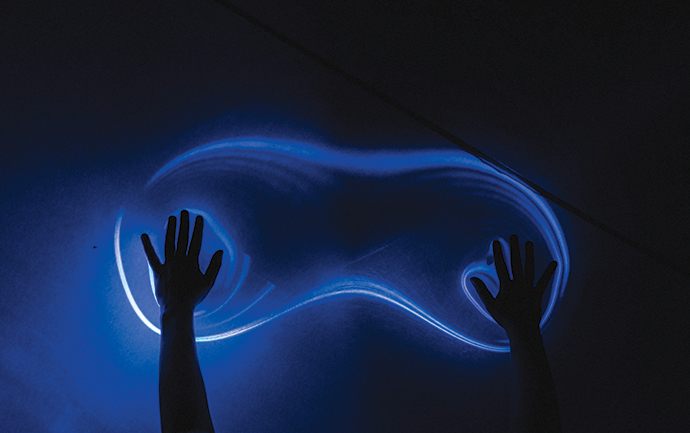 At Art Basel in June, BMW together with Studio Roosegaarde invited visitors to experience “SYNC,” an immersive installation combining flexible membranes, light and music inspired by BMW Vision iNEXT, and addressing the impact of human-centered design on space.
Photo courtesy of BMW

In Louisville, it makes sense and cents, and means immediate investment from a global giant. The AI Innovation Digital Alliance means Microsoft will create and fund an AI, IoT and data science fellowship program. The fellows will work with nonprofit, education, start-up, and workforce development organizations, and with area businesses to provide training and support. Microsoft will establish a physical location downtown. Additional activities include:

Microsoft’s smart city infrastructure clients around the world include Houston and Denver in the U.S.; Cascais, Portugal; Tel Aviv, Israel; and Kiruna, Sweden.

Slow Down, You Move Too Fast

Could staying still be a smart move? 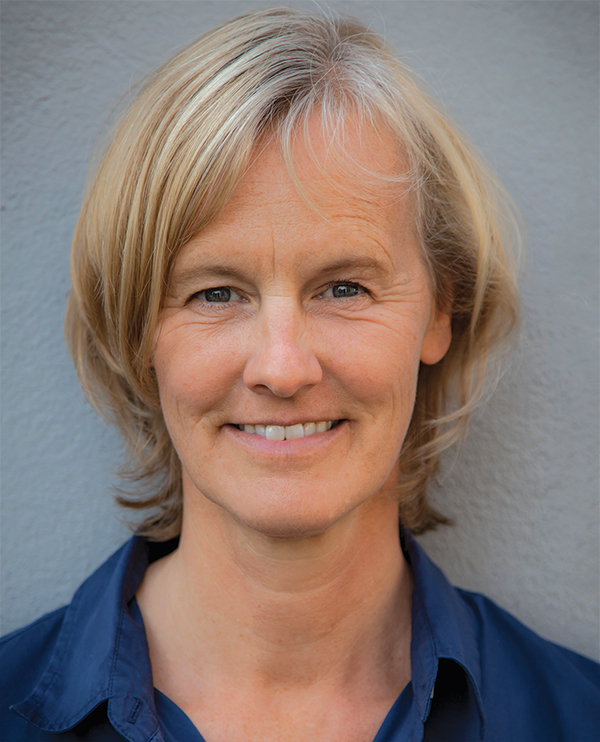 Messe Frankfurt, the German trade fair, conference and event promoter, recently posted the following Q&A featuring a compelling European take on smart cities from Prof. Gesa Ziemer, professor of cultural theory and cultural practice, vice president of research at HafenCity University Hamburg and head of the City Science Lab, researching the future of cities and the mobility of tomorrow.

Intermodality, networking, sharing, electric mobility and autonomous driving are the megatrends that will determine the mobility of tomorrow. In your opinion, which of these trends is of the greatest significance for inner city mobility?

Prof. Gesa Ziemer: New technologies are important and public transport in particular needs to be developed. But I also see a completely different aspect: the deceleration of mobility. I believe that we all move around far too much, and often for nonsensical things. This is something I also see in my everyday life. We’re invited to conferences in Shanghai or Kiev to offer input for five minutes. But it’s completely absurd.

Ziemer: I’m imagining a city society that doesn’t constantly ferry people everywhere. This requires a city of short distances. This, in turn, is achieved by generating much more within the city itself to save on transport routes. And digitalization of course helps us to save a lot when it comes to distances. For example, Skype technology is improving all the time, so people don’t have to go to every single meeting anymore. An interesting aspect in this is the virtualization and augmentation of communication. At the moment we are still Skyping via a screen, i.e. a flat surface. But if at some point we have the opportunity to talk to a person on the other side of the world in a virtual space as well as if we were standing next to each other, walking through the lab together and doing things virtually on site, then we wouldn’t need to fly to the other end of the world as often.

You still travel a lot around the world — which city do you think has the best mobility concept?

Ziemer: Mobility is strongly dependent on culture, and aspects such as topography and weather of course also play an important role. Old urban structures, such as narrow streets or old trees, often make a change difficult. Two fantastic examples are Copenhagen and Amsterdam, for one reason in particular: Cars are banned from many parts of the city center and many people ride bicycles. And if you imagine a city without full parking places, you suddenly realize you have a lot of public space available. This is why people in cities like Copenhagen or Amsterdam simply spend much more of their time in their public spaces. That’s a huge quality in a city.

On average, a private car stands still for 23 hours a day in Germany. Can there be any future at all for private vehicles in cities?

Ziemer: My answer is quite clear: no. I still see vehicles being there in the delivery and goods sector, but private cars need to be taken out of city centers. But I see a lot of different small vehicles flowing smoothly. They’re always in motion and hardly ever stand still. Mobility on demand, i.e. combining different vehicles, will be the new trend. This is crucial in my opinion. This way, we can reduce the space needed for parking and people can move around more smoothly.

I also believe that in the future the automotive industry will no longer build cars in the true sense of the word, but will develop new business models based on these different vehicles, which are of course primarily data producers. The future of the automotive industry will involve new business models based on a lot of new data. However, it is important to me that not all the data goes to the companies. This is still a big problem at the moment. Cities are dependent on technical innovations and the help of companies. However, the data must remain accessible to all citizens in the city.

What do you expect traffic in a major European city to be like in 2030? What mix of traffic will there be? What role will utopian-looking solutions such as fully autonomous vehicles and air taxis play, even now?

Ziemer: As I said, I can only see a few classic vehicles in the delivery and goods sector and, above all, vehicles moving smoothly. I don’t see there being air traffic, at least not on a large scale. We have a tendency to pack traffic into the air because we drive too many vehicles on earth. But moving them all to the sky can’t be the solution. I believe that air transport is ultimately too expensive and is becoming more of an exclusive means of transport for wealthy people. Aside from all this, I’ll get back to my original point: I see deceleration. I see people walking and cycling more again, but generally moving less.