Where to THRIVE in More Ways Than One

As a new economic development vision is unveiled in St. Tammany Parish, the action is already well under way. 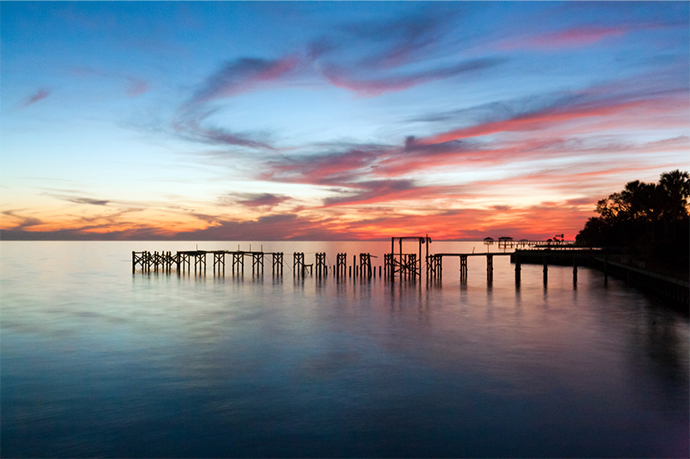 Amid a number of positive quality-of-life indicators, St. Tammany Parish is among the top five most highly educated parishes in Louisiana.
Photo courtesy of St. Tammany Corp.
by ADAM BRUNS

Ever since Hurricane Katrina, St. Tammany Parish on the north shore of Lake Ponchartrain has seen companies and residents move in as the area enhanced its reputation as a bedroom community. But a look around shows a lot going on beyond residential.

In fact, the Bedroom Community Index conceived by Conway Advisory Consultant Collin Perciballi and published by SiteSelection.com in 2018, when cross-hatched with data from Conway Analytics, shows St. Tammany ranked in the healthy middle among the nation’s 3,143 counties — not too employment-heavy and not too “bedroomy” — according to a matrix of factors that include commuting patterns, retirement demographics, retail concentration and corporate facility investment projects.

As such, St. Tammany is home to the best of both worlds: The parish population is nearing 260,000, with growth of about 17,500 over the past five years and another 13,000 projected to come over the next four years. It has high-performing schools, low crime rates and a high proportion of family households (29%). It also has a healthy number of growing companies serving as primary employers.

Among them are Dallas-based transportation infrastructure firm Arcosa, Diversified Foods & Seasonings, Textron, Florida Marine, Chevron (whose regional corporate HQ came to the parish 10 years ago), Associated Wholesale Grocers, MECO and Hornbeck Offshore Services, among others. From a local economy formerly based on delivering services to residents, today’s projects show healthy employer representation and investment across a number of sectors including logistics, as firms take advantage of the parish’s proximity to both New Orleans and to major multimodal transportation routes, such as the convergence of I-10, I-12 and I-59.

Part of the Thrive St. Tammany 2023 plan is a focus on four established target industries and three emerging industries: 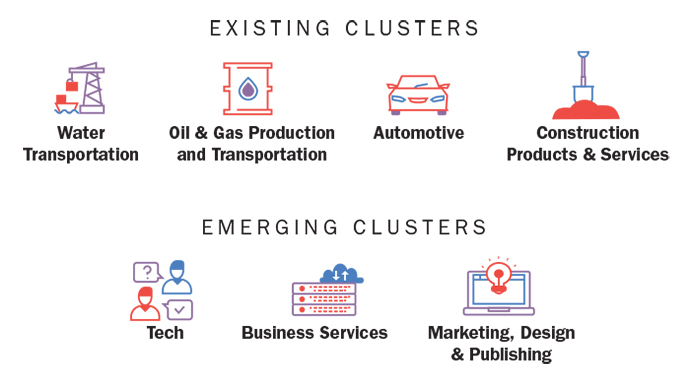 Arcosa — formerly Trinity Industries — is one of several major international employers operating in the parish, and is now building barges with more than 200 employees. Diversified operates a fully automated kettle-cook facility in Madisonville. The thriving company is known for supplying all the spices for the Popeye’s chicken restaurant company, and is poised for additional expansion in the next few years, says Chris Masingill, CEO of St. Tammany Corporation.

Masingill, formerly federal co-chairman of the Delta Regional Authority, says momentum in St. Tammany “has created a sense of growth beyond just being a place to live and raise a family.” That rise has reached a unique inflection point in Thrive St. Tammany 2023 — the five-year economic development strategic plan that will serve as the roadmap for the future of economic development in the parish.

Masingill says the plan’s acronym isn’t just a handy verb: It harkens to the organization’s values of being Transformational, Honest, Results-driven, Intentional, Vital and, perhaps most important, Engaged.

“We want to be engaged with our partners and stakeholders,” he says, noting the important roles played by institutions such as Northshore Technical Community College. “We believe in being in the solution business, and we want people to know we operate at the speed of business.”

“This new facility will grow our service and repair business, while expanding our capabilities to manufacture gears on-site, reducing lead times for our customers,” said Dave Hunt, director of service and manufacturing operations for Dana Off-highway Drive and Motion Technologies.

“A project of this scope — with projected growth to double in size and employment — is a tremendous opportunity for Slidell and the entire parish,” said Greg Cromer, mayor of Slidell. “Fremaux Park is a great development with retail, residential, and business all combined. It’s what we want to do — live, work, and play in one place.”

Bringing things together seems to be contagious.

“Business and political leadership came together and said, ‘Let’s write a new chapter for St. Tammany and the Northshore,” says Masingill of the Thrive St. Tammany 2023 plan. “St. Tammany Parish is already a competitive place for business and industry. Now we have an economic development structure in place to support that, double down and invest in our future.”

This Investment Profile — the first in a series exploring opportunities in St. Tammany Parish — was published under the auspices of St. Tammany Corporation, the economic development organization for St. Tammany Parish. For more information, visit www.sttammanycorp.org