Where Industries Climb the Value Chain

Nanjing has the resources for businesses to transform, keeping them ahead of the competition. 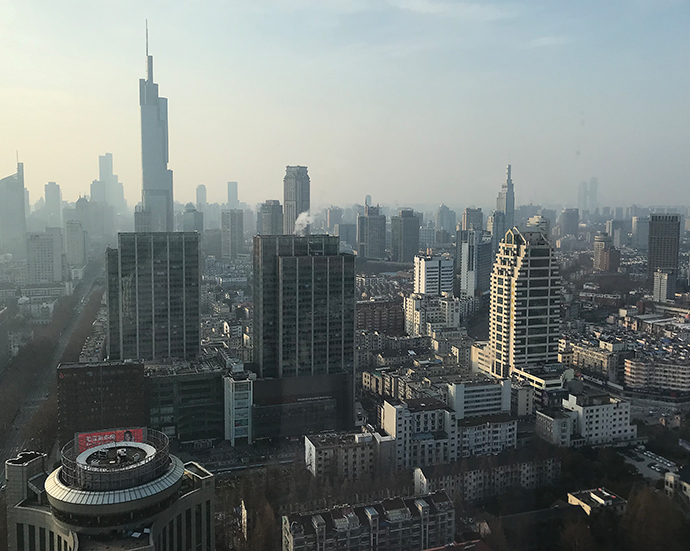 How can a business location be both ancient and ultramodern, densely populated and easily traversable, locally grounded yet demonstrably international? It’s easy when that location is Nanjing, China, the capital of Jiangsu Province — and of China itself until the establishment of the People’s Republic of China in 1949.

An hour west of Shanghai via high-speed train, Nanjing is the only Megacity in the Yangtze River Delta; home to the largest inland port in Asia; and a key government, cultural, education, medical and business hub. The best part? It’s not Shanghai, but it’s easily within reach of China’s teeming commercial center and all the assets that affords — even if Nanjing has its own array of location attributes. These include established industry clusters; an integrated, globally connected transport system that includes nine subway lines; Longtan Port; Nanjing South Railway Station, an important high-speed rail hub, and one of the busiest airports in China — Lukou International — with nonstop flights to Europe, the U.S. and all over Asia. 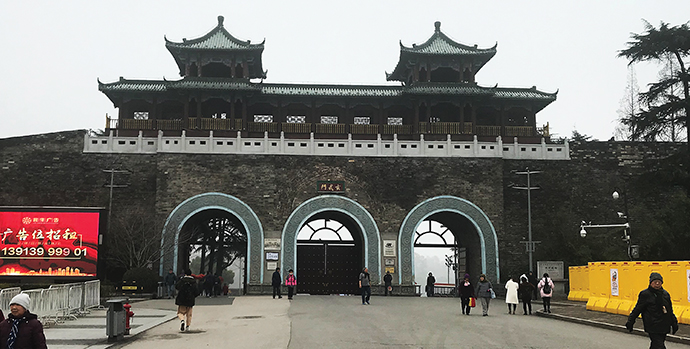 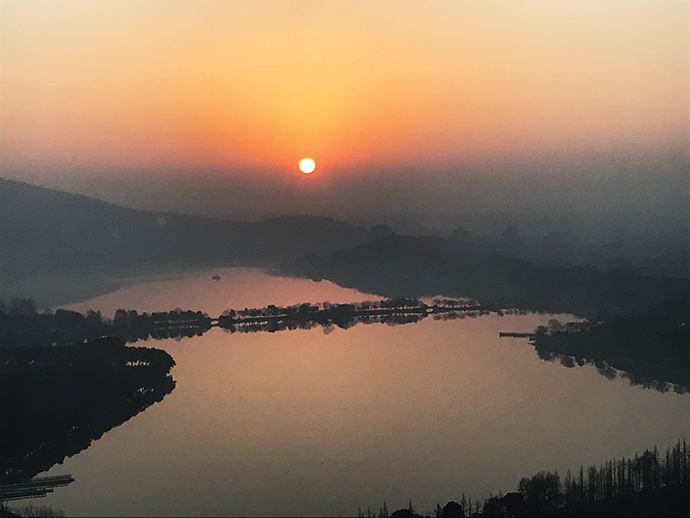 The Xuanwu Gate at the City Wall of Nanjing, top, and Lake Xuanwu at sunrise
Photos by Mark Arend

Where do Nanjing’s 828,000 college students study? At more than 50 colleges and universities, 75 research institutions and more than 800 national engineering technology centers. They will become part of the metro’s 2.5 million strong workforce and may well end up working in one of a wide variety of economic areas and zones dedicated to promoting industry-specific enterprises. Nanjing ranks first in the number of college students per capita and second in the number of post-graduate students per capita.

Many Chinese metros have rich histories and cultural treasures, but few can match Nanjing in that department. Civilization can be traced there going back 6,000 years, and it has been a growing city for nearly 2,500 years and nearly 500 years as a capital. Nanjing is home to the longest Ming Dynasty city wall, one of the longest city walls in the world, much of which remains to this day. It is known as the Capital of Six Dynasties and the Metropolis in Ten Dynasties.

Modern day Nanjing is a Chinese and world center for several key industries in the lower reaches of the Yangtze Golden Waterway Delta. Among them are Advanced Manufacturing, including new electronic information systems, green smart car technology, smart equipment, biomedical and new materials; the Modern Services, including software and information services, financial technology, health services and logistics; and Future Industries, including artificial intelligence, additive manufacturing and others.

Among Nanjing’s smart equipment manufacturers is BSH Home Appliances Holding (China) Co., Ltd., the corporate headquarters in region Greater China, which is functioning as a wholly owned subsidiary of the German company Bosch. With a presence in China for more than 20 years, Nanjing is becoming a key global center of innovation for BSH, which is finishing a new headquarters in Nanjing that will be put into use in 2020.

Chairman and President Roland Gerke explains Nanjing’s significance as a location: “We started in Jiangsu province in 1994 with our first investment in Wuxi at that time — to set up a factory in the classical way, as a joint venture, as a greenfield. Then we followed up by acquiring a factory in the neighboring province of Anhui in the city of Chuzhou, about 70 kilometers from Nanjing. We decided to use Nanjing as our corporate headquarters, right between these two factory locations.” 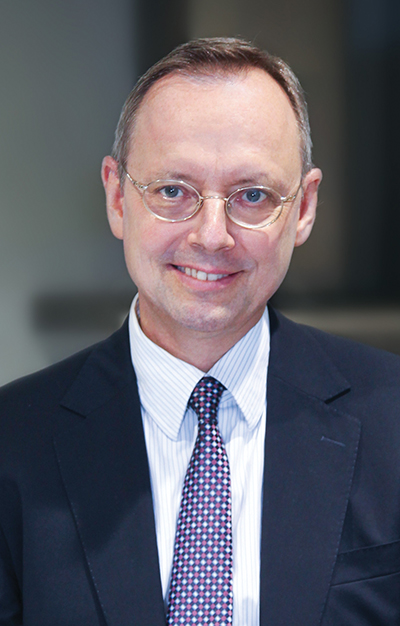 “Nanjing is advanced in developing and reforming and adopting new policies. The level of professionalism is very high, and that gives us a big advantage.”
— Roland Gerke, Chairman and President, BSH Home Appliances Holding (China) Co., Ltd.

At that time, says Gerke, the headquarters location decision was between Shanghai, which was a more typical choice of international companies, or Nanjing. “We decided on Nanjing because it met the main criteria we needed to fulfill, which were logistics and travel within China — the ability to reach every city by plane or train. Nanjing was perfect because you can go everywhere and you are in part of the Jiangsu-Yangtze Delta region, catching one third of the population.”

Talent acquisition was another main concern, Gerke relates. “You want universities and research facilities in your location. Nanjing has two of the top universities with Nanjing University and Southeast University, and many others. There are more than 50 universities and technical institutions specializing in sectors like aerospace and telecommunications and so on. We get to tap in also to a pool of potential candidates to come to work for us. It’s the right place for universities, with universities in our fields of interest — mechanical and electrical engineering. Nanjing is an international city and at different times in history was the capital. It has infrastructure for foreigners, like international schools. In the living environment, there are international communities not only in companies but in universities.” 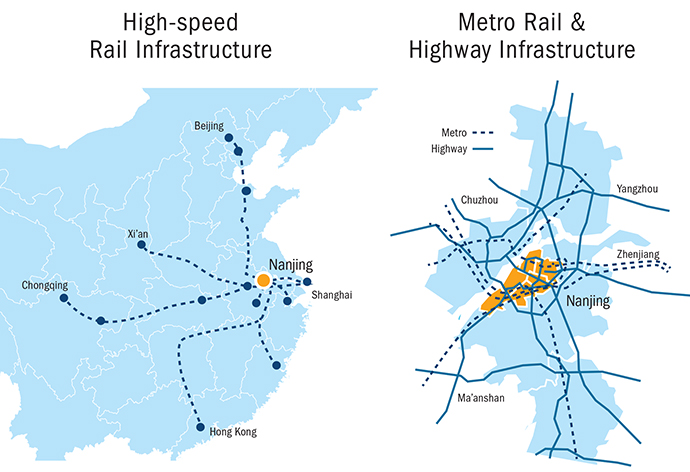 Gerke says there have been for some time experts from German universities in Nanjing working with the Chinese on building the legal system. He says, “They oriented a lot on European law and regulations.” To this day, a partnership exists between Jiangsu and the German states of North Rhine-Westphalia and Baden-Württemberg, both home to major German industrial complexes.

“So maybe Nanjing now is not as shining like Shanghai,” Gerke continues, “but in terms of these items, it is a good choice and we do not regret it. From Nanjing you have direct flights to Frankfurt, to the U.S., to Asia. It is also convenient in terms of getting to our factories in just a two hours’ drive. We have been in Nanjing since 1997, in this building. We are now building our own headquarters building in the south of the downtown, where the Olympic stadium is, which was used for the Youth Olympics in 2014 and the Youth Asian Games in 2013.”

Up the Value Chain

BSH invested in manufacturing in Nanjing in 2004 and opened an appliance park about 20 kilometers from central Nanjing with different factories in 2005. BSH was an early investor in a national development zone and could acquire a sizable tract of land. The facility is about 360,000 square meters. “In this park we have the washing machine factory, a cooking factory, small appliance factory, our administration, warehouse and logistics. We are also building in this park our R&D headquarters. After 2009, we started also to invest up the value chain to R&D, putting the central R&D function in the appliance park. It’s now too small for what we want to achieve, so we are building another R&D facility.”

A second appliance park has also opened in Anhui province that Gerke says it’s home to two refrigerator factories, two central warehouses and a dishwasher factory. BSH is also building washing machine and dryer factories at the site. There is still space for one or two additional factories at the site, he relates. 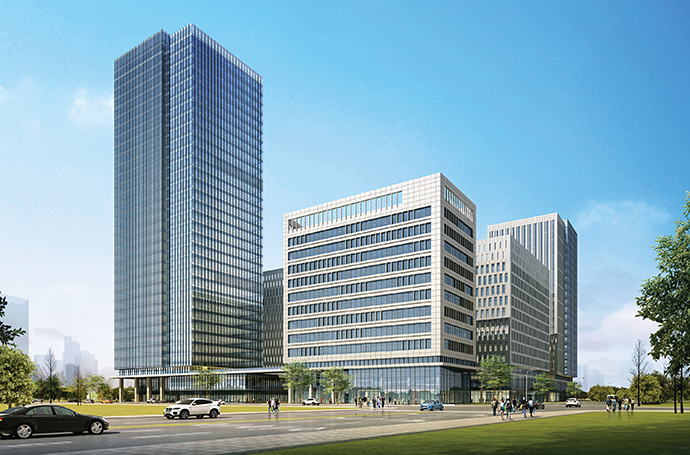 “We are very interested in incorporating this,” says Gerke, adding that for three years now, Nanjing has been the site of the Intelligent Manufacturing Summit. “It is important for large manufacturers, including those of us with a big footprint here, to transform into new ways of manufacturing. This includes automotive manufacturing, too, as well as LED screens and many others.”

In Nanjing, therefore, these industrial players can continue manufacturing, but in ways that will make them more efficient and competitive and successful.

“Nanjing is advanced in developing and reforming and adopting new policies,” says Gerke. “The level of professionalism is very high, and that gives us a big advantage.”

This Investment Profile was prepared under the auspices of the Nanjing Municipal Bureau of Commerce. For information, visit www.investnanjing.gov.cn.