South Carolina leads the nation in percentage of jobs linked to non-U.S.-based enterprises. 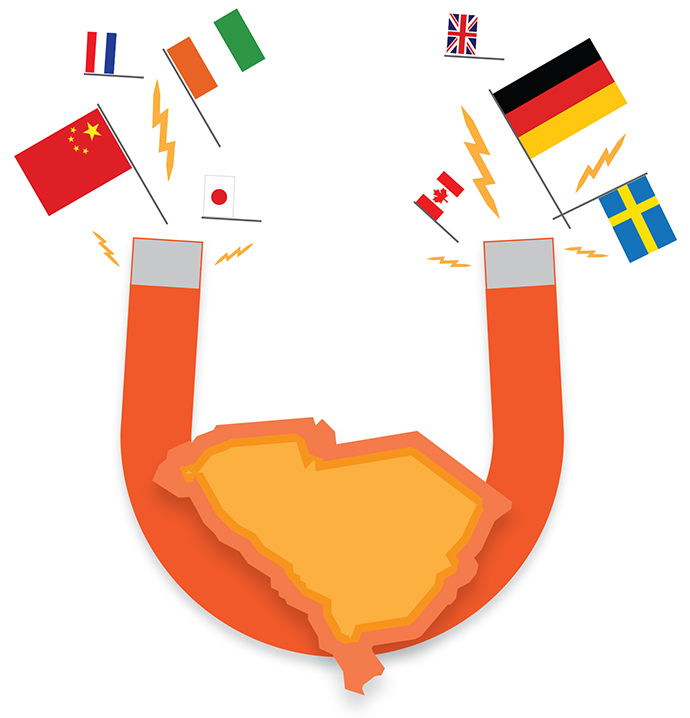 Southern hospitality might be part of it, but South Carolina is one of just a handful of states in which more than 7 percent of total private sector employment is due to foreign direct investment. In fact, at 8.2 percent, according to the Organization for International Investment (OFII), it’s the highest proportion in the United States, a distinction the Palmetto State shares with only New Jersey. 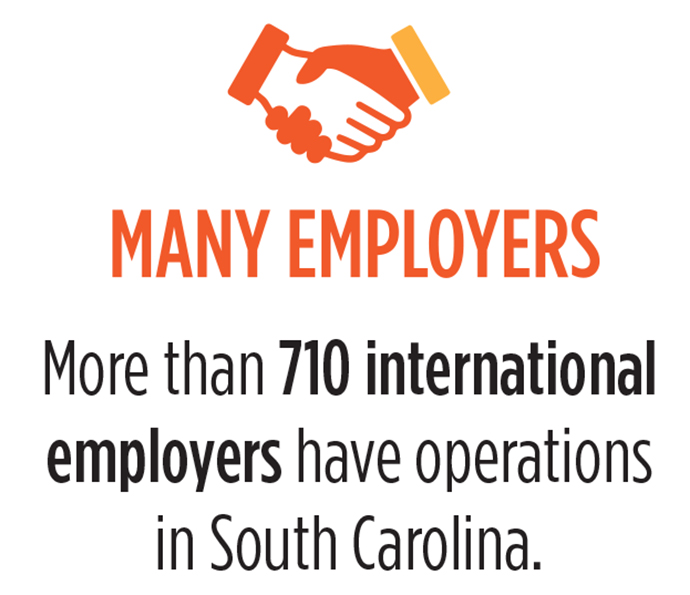 In January, OFII released its latest state-by-state data analysis, detailing the impact of international companies to the U.S. economy. It is a compilation of data released by the U.S. Bureau of Economic Analysis in late 2018. How significant is this investment? Very. 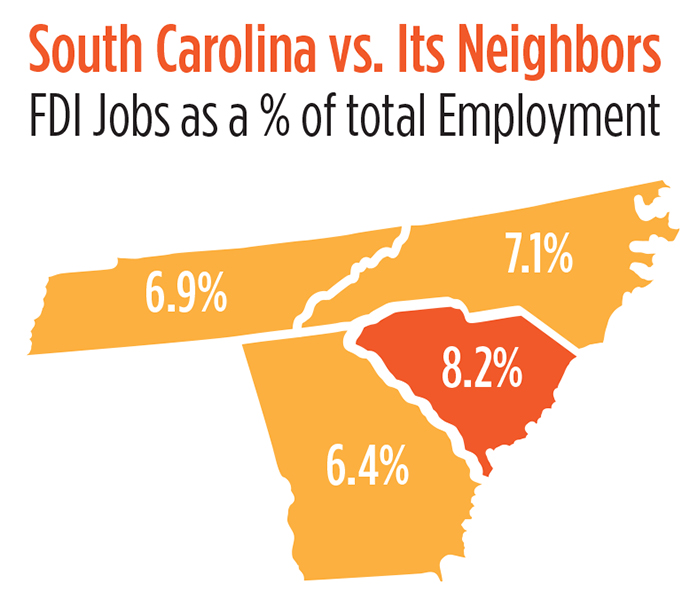 Among the key findings in OFII’s analysis are these: 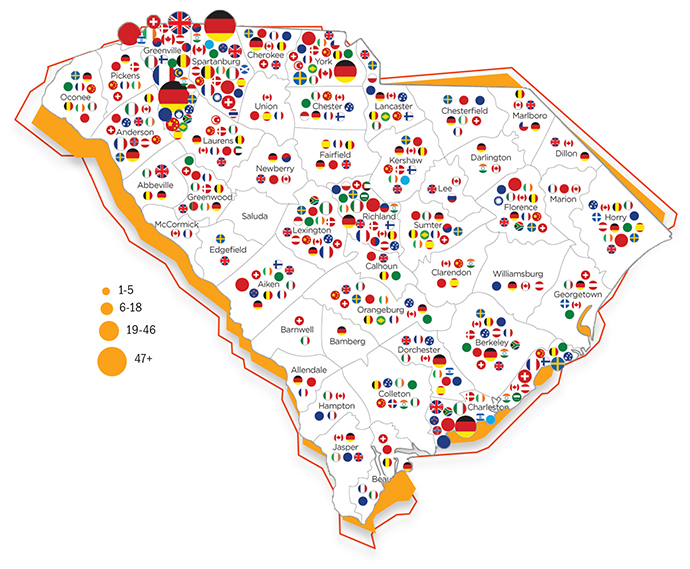 Circle size represents total number of companies for each country of origin within a specific county. Locations are only a representation of operations in the county and are not meant to show a specific location.
Source: South Carolina Department of Commerce 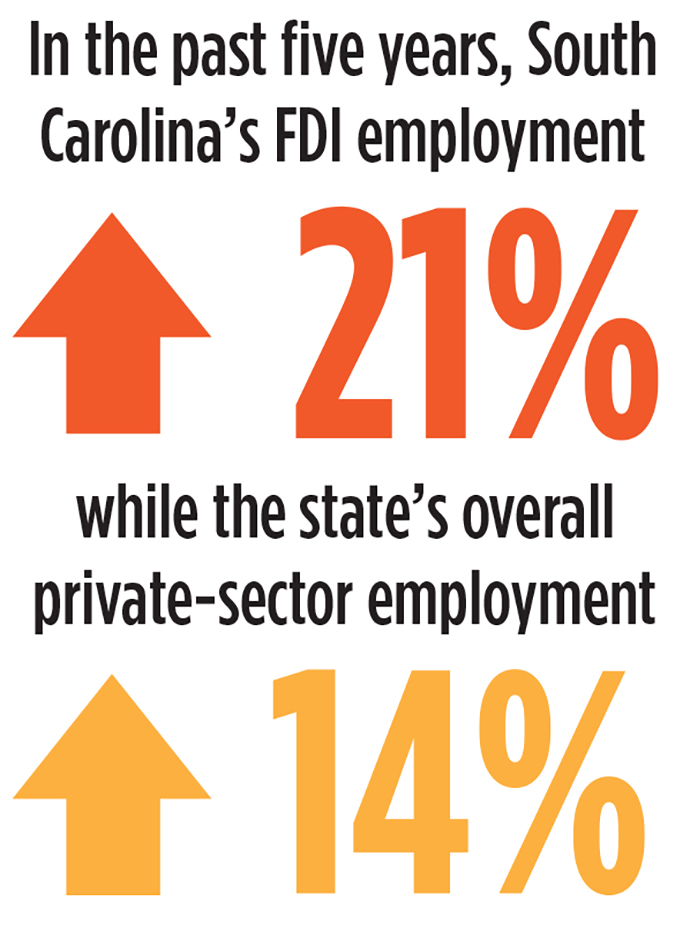 More than 1,200 operations owned by non-U.S. entities are active in South Carolina. Combined, they employ nearly 132,000 residents. In Greenville County alone, more than 100 international firms from 22 countries are active, many of which are suppliers to the Upstate’s automotive industry, anchored by BMW and Michelin North America.

But they can be found throughout the state, and more are opening operations every month. Recent newcomers to South Carolina from outside the U.S. include: 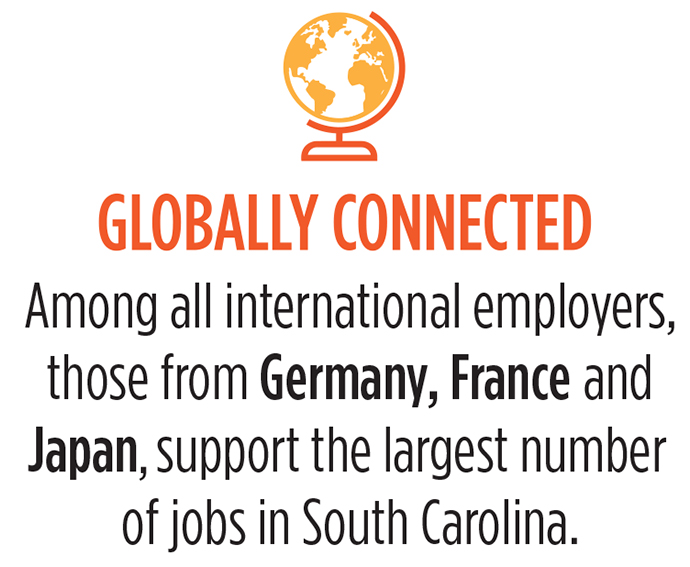 AKPA Kimya Organic Peroxides and Initiators (AKPA Kimya) will locate a new distribution and warehousing facility for organic products in Fairfax, in Allendale County. The development is projected to bring $2.6 million in capital investment and create 13 new jobs. Founded in 1997 in Istanbul, Turkey, AKPA Kimya specializes in the production of organic peroxide, initiator, accelerator and paint dryers used in the composite, petrochemical and paint sectors. The facility is expected to come online in the second quarter of 2019. 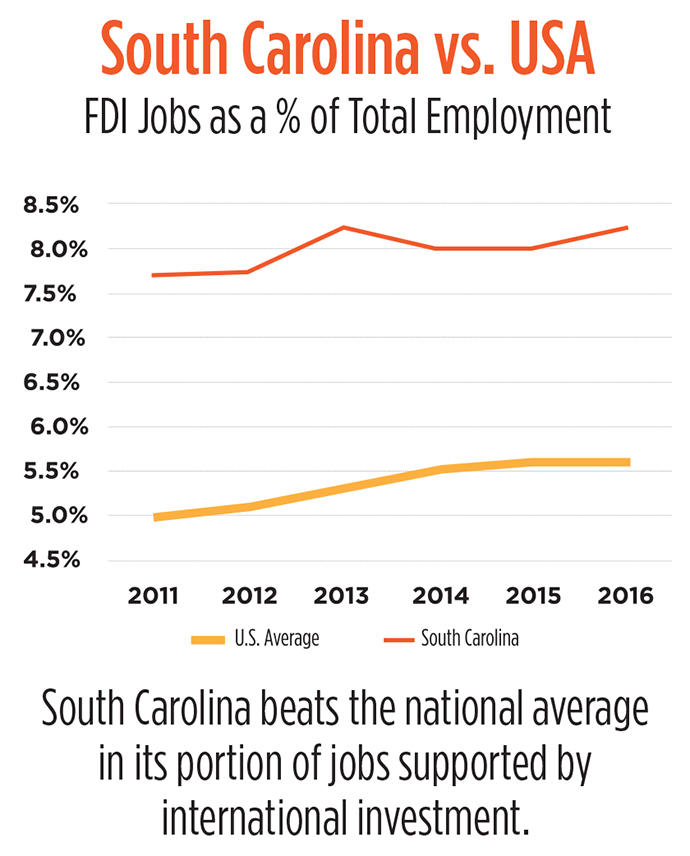 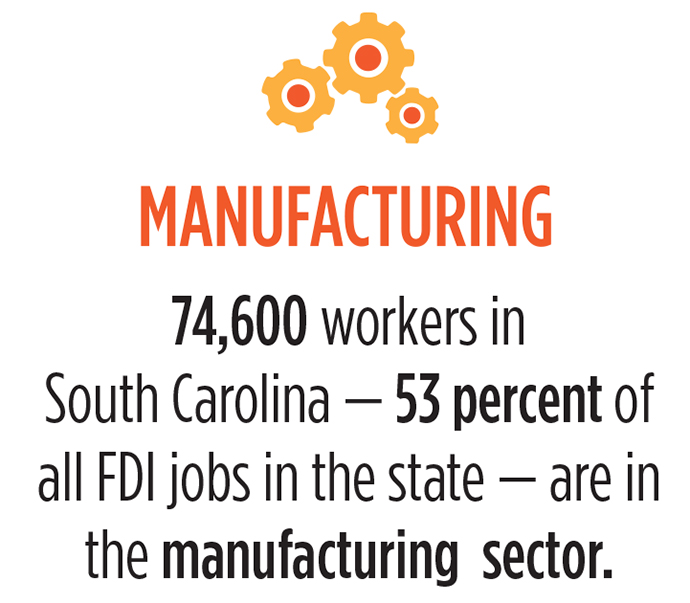 Miwon Specialty Chemical Co. USA, a manufacturer of raw materials and subsidiary of Miwon Specialty Chemical Co. Ltd., will locate new production operations in Richland County. The company’s $19.5-million investment is projected to create 25 new jobs. Based in South Korea, Miwon Specialty Chemical Co. is a global company with manufacturing plants in South Korea and Spain, as well as research and development centers in Austria, China, South Korea and the United States. The company produces and supplies raw materials for eco-friendly UV/EB curing systems that are utilized in a variety of applications, including in high-quality inks for food packaging; in special coatings for wood, plastic and metal; and in adhesives for DVD/Blu-ray discs and mobile phones. The new, 65,000-sq.-ft. (6,000-sq.-m.) production facility will be located in Columbia.

VTL Precision, a leading U.K.-based developer and manufacturer of precision-engineered engine, transmission and turbocharger components for the commercial vehicle and passenger car markets, is locating new operations in Goose Creek, in Berkeley County. The company’s $8.2-million investment is projected to create 10 new jobs. VTL Precision is a venture of VTL Group, a privately owned automotive and precision engineering company with manufacturing operations in Europe, India and North America. Specializing in the design, development and manufacture of high-specification, complex machined components, VTL Group supplies a variety of original equipment manufacturers and tier one suppliers. 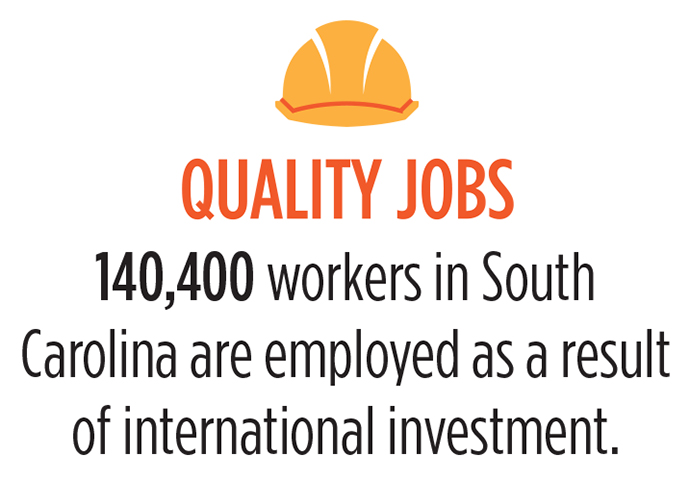