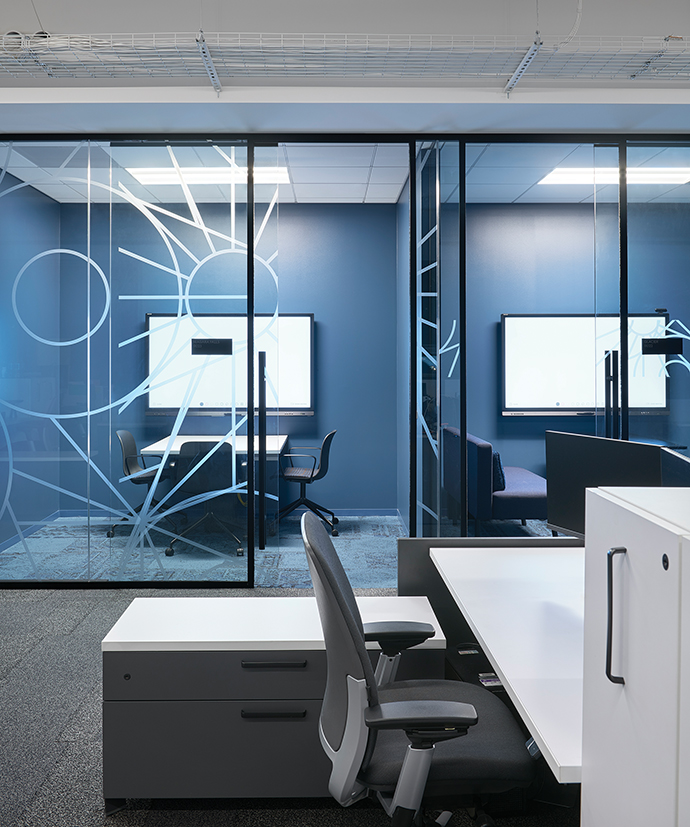 Sometimes the hometown advantage in corporate real estate strategy, like the home-field advantage in sports, can be a decider. For venerable Western Union, the only real decision in its recent headquarters search saga was where in the burgeoning Denver metro area it would locate. If there were ever any doubt, the undertaking’s name, Project Hometown, was an accurate statement of the global money mover’s intent.

Western Union traces its history in the Denver area back to 1863, and the opening of a telegraph office. A merger brought the company’s global headquarters first to Greenwood Village in 1995 and then to Englewood. As David Hurtado, Western Union’s vice president of global strategic sourcing and corporate real estate, describes, Englewood was a pastoral setting and the company wanted to establish its brand within a more urban setting.

Hurtado says a big handful of things are attractive about the company’s new campus. Not surprisingly, the ability to mine Colorado’s diverse talent pool is chief among them. He notes the new location in Denver’s Tech center is a LEED-Gold building and is on the city’s light rail system, two sustainability factors he says are important to the company’s Denver employees.

“Denver attracts top talent due in large part to Colorado’s investment in higher education,” Hurtado says. “We have very supportive government policies and processes in Colorado, so it’s very attractive for businesses to be here. We felt such a strong connection to Colorado.”

The scenery viewable from the 16-story tower known as One Belleview Station, near the intersection of Interstates 25 and 225, is not bad either: There’s a panoramic view of the Rockies to the west, and to the south Pike’s Peak is visible. The search, limited to the Denver area, took about six months, followed by another 16 months to design, build out the space in the new building, and move in. About 1,300 people work there now.

The campus includes a second building on the other side of the Interstate. That 100,000-sq.-ft. (9,290-sq.-m.) facility, which has an interior design similar to the headquarters building, is home to about 400 employees and houses Western Union’s compliance department. Hurtado says the search ultimately did not cover a broad swath of the Denver metro area.

“We had very few finalists because of the nature of the site and the location,” Hurtado says. “We decided early on that we wanted Denver to be our hometown. There wasn’t a lot of effort to move further north because our employee base lives in the southern and southeastern portions of the city.”

“When you stand in the hallways and in most work stations, you can see outside the building,” Hurtado says.

Western Union’s internal real estate team and its executive leadership guided the process. Hurtado says the project was an amazing effort that came together quickly through expedited design review and approval.

“It was probably one of the greatest projects I’ve ever been a part of,” Hurtado says. “We leveraged to an amazing extent our internal and external communications teams and had a very successful change management process, involving our employee base in all of our decisions through lunch-and-learns and workshops showing examples of what the new technology would be. So it made it a very smooth and successful project.”