IAMC’s Quiet (But Not Silent) Partners 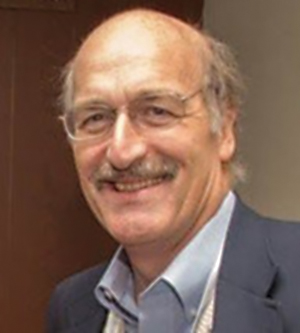 Every organization has its heroes. You know what I’m talking about — they always seem to get the credit and applause. Often, they deserve it. In many big companies, it’s the sales people. They’re pushed hard; they sweat bullets every quarter-end; they deserve a lot of credit.

In IAMC, we play up and celebrate the Corporate Active members. And they are right at the heart of our business model. There’s no doubt about that.

Every organization also has its overlooked multitudes. They’re every bit as vital as the vaunted ones, but the speeches and press releases don’t mention them.

In this letter, I want to raise up to you a quiet group within IAMC without which we would not have achieved the success that we have — our sponsors. They pledge financial support for the Forums, Local events, International meetings and many other activities.

You’ve seen them listed on Forum banners and their logos printed in brochures and on web pages. We give them special names, like Chairman’s Circle, Host Committee and Platinum Level, for example. We offer different investment levels depending on the sponsor organization’s marketing needs and budget. Sponsorships can cover Forum keynote speakers, educational programs, networking receptions, key cards, badge lanyards and much more.

In 2018, IAMC had over 80 sponsoring organizations, which accounted for about 45 percent of our revenue. That’s big. Most members don’t know that.

In return for their support, we prominently place their organization names and their representatives in front of IAMC audiences, which include current and many potential clients. They get high visibility by associating themselves with valuable IAMC education programs and high-profile networking events. They get to be seen and known to their client base as stalwart IAMC supporters. They are seen as supporting their clients’ careers and educational growth. Only members can sponsor, which gives them a level of exclusivity. And sponsors may host a dinner during IAMC forums.

In the other direction, IAMC benefits financially from this relationship and the funding for CRE professional development, world class speakers and business networking. But we get much more as well. The sponsors include many large, global, highly prestigious companies that confer goodwill and reputation on IAMC by their support. Sponsors occasionally have taken on special products and programs and enabled the organization to accomplish them. An example is the DesignFlex2030 research project and whitepaper series. As highly invested members, the sponsors promote, support and represent IAMC to the other members and to many more who are not yet members.

I’ve described the sponsors as IAMC investors, and they are also our partners in the broad sense of that word. They are highly engaged and involved partners, not the silent type.

I suggest you log on to IAMC.org and look at the sponsor list there. Do business with them if you can. Join me in thanking them for their support. If you’re not already there, consider a sponsorship investment for your organization.

Rising construction costs got you down? Are you spending sleepless nights watching tariffs on steel jump out of control? Do labor shortages make you want to dash your head against a wall? Rest easy, gentle reader. Relief is on the way.

Well, sort of. There’s no easing on the costs of construction, which, according to the most recent IHS Markit PEG Engineering and Construction Cost Index, are now in their 23rd straight month of increases. What we can offer you, however, is advice from other IAMC members who are facing the same issue and, to one extent or another, facing it down.

Indeed, there are measures you can take to cap costs. But the secret word shared by all of the executives we interviewed was . . . value. We’ll take a look at that shortly. First, let’s explore the direct approach to cost control:

Air Manufacturing Innovation, a wholly owned subsidiary of Nike, Inc., in Beaverton, Oregon, has been riding the ongoing wave of consumer demand a still-vibrant economy brings, and Director of Global Facilities Daniel Pierson reports robust “activity in both small and large projects.” In addition, he sees 2019 keeping pace with that growth in manufacturing and warehousing facilities for both raw materials and finished product.

“We’re all searching for an answer, for the silver bullet. But there’s no silver bullet out there.”
— Chad Freeman

With that volume of construction on his plate, of course he’s seen the increase in labor and material costs, both at his present gig and prior, when he was a GC. It’s ironic, he says, considering that, “During the Great Recession you had subcontractors cutting their margins. Now there’s so much work that contractors can be choosier and raise their margins because they know they can get it. There’s more than enough work to go around, so much that sometimes even contractors have trouble finding labor. As a result, you pay a premium for people to work your job.”

Chad Freeman doesn’t have to deal with Pierson’s annual build volume. But the director of corporate development for Henningsen Cold Storage Co. in Hillsboro, Oregon, does have to deal with the same cost issues.

“Over the past six years we’ve built about one facility a year,” he explains. “We’ve seen a significant amount of increase in construction, easily 15 to 25 percent, although, obviously, it varies across markets and across the U.S. It’s led by labor, and then by the price of steel, which has been directly impacted by import tariffs. We’re all searching for an answer, for the silver bullet. But there’s no silver bullet out there.”

Getting to Know You

What is out there, however, is relationships.

“We try to find where there’s commonality among our vendors,” says Steve Hess, vice president of North America real estate development for DHL Supply Chain in Columbus, Ohio. Hess anticipates bringing some 2.5 million square feet out of the ground this year, on par with 2018.

With multiple projects growing around the country, it can be hard to keep track of vendors doing double duty elsewhere. “And they didn’t necessarily connect the dots with us either,” he says. But once those dots connected, “We saw mutual benefits, and we were able to lock in better pricing on multiple locations. And, possibly more important, we were able to get commitments on scheduling that we were struggling with, which is an absolute cost driver. So it’s definitely worth it to make those connections.”

“You can scale back the project and cut scope or put it on hold. Those are tough calls because, in general, costs never get cheaper.”
— Daniel Pierson

Pierson agrees. “We always work with our internal procurement team to discern if there are other groups across the company doing construction or purchasing. Through those connections, we can learn first, what the local market pricing is, and second, if we can combine jobs to get better buying power or more attention from the contractor pool.”

He adds that phasing projects is another option for spreading costs out: “We explore if there’s a way to build to capacity over time in order to scale that spend. Or if it’s a multi-year project, maybe we have to decide how much we’ll need each year. “

Admittedly, there are challenges with that approach. “Sometimes those decisions are out of our control. If there’s a major tariff, there’s not much you can do. You can scale back the project and cut scope or put it on hold. Those are tough calls because, in general, costs never get cheaper, unless there’s a recession. But then the question becomes if you’re still in an expansion mode based on consumer demand.”

Another question is how much you can cut back without cutting into the bone of a quality build. “For example,” Freeman offers, “we typically build a very high-quality building. We plan to own and operate it for decades, so we take the long-term view. We haven’t compromised on that, but that’s one area we can look at. We’ll also work with the public sector to leverage incentives that could help contain costs.”

Our experts indicated that another cost-mitigation technique is to take the long view, which means adding value. “You want to neutralize cost problems as much as you can,” says Hess. “One way is to add value through such approaches as a better location or a more efficient building.”

Keep in mind that, as Pierson indicates, value is a downstream upside. It may not put up-front cash in your pocket. “It could be a non-economic consideration,” he says, “such as better service from a vendor if that vendor is getting more pooled work across an organization. More work makes you a preferred customer, maybe even with dedicated subcontractor staffing.”

“You want to neutralize cost problems as much as you can. One way is to add value through such approaches as a better location or a more efficient building.”
— Steve Hess

He asks if your contractors are order-takers or partners. “When you move on to more of a partnership, they sometimes can help you see a problem differently. You have to trust their advice at a certain point because if that contractor is building for companies like yours every day, they have expertise and demonstrated success. Of course, you have to ask the right questions.” It doesn’t hurt to nail the partnership down with a written contract that includes review periods and vendor feedback.

As Hess adds, one of those “right questions” might actually be: “Can we get better pricing having a relationship with you than we can just having you bid to a contractor?”

“I have to believe nine times out of 10 they’ll say yes,” says Hess. And don’t limit those partnerships to the obvious vendors either. “Think of lighting, IT, even racking,” he says. He estimates shaving as much as 5% off the cost of a build, and “it’s absolutely worth the effort.”

There are operational considerations that contribute equally to value and mitigating up-front outlays. “One way to recoup some of the cost of construction is to increase the value of the operation through such things as energy efficiency,” says Freeman.

Chad Freeman admits he might not have the pipeline to deal with that Hess and Pierson do. But he puts the issue into terms everyone can agree with: “We’ll continue to balance that value proposition and the long-term nature of what we’re constructing, and we’ll work with everybody who can help us manage those costs.”