With aerospace and autos leading the way, Morocco is poised for a breakout. 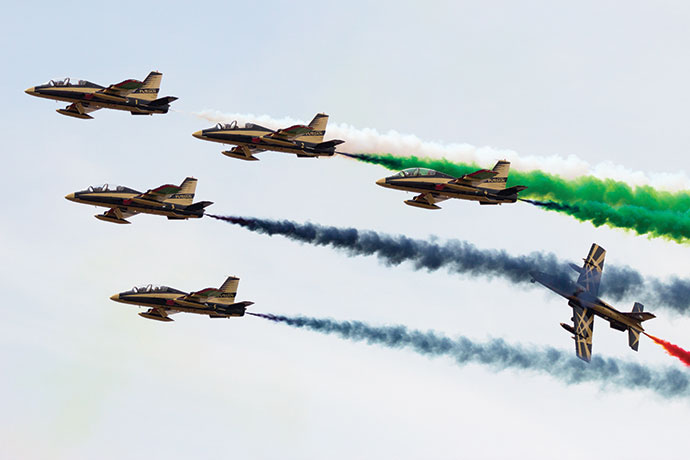 Other than providing the backdrop for the classic movie, “Casablanca,” Morocco is perhaps best known for its exotic cuisine, pristine beaches, picturesque villages and exuberant cities. Here’s the secret you need to know: This peaceable Kingdom of 36 million people has established itself as one of the friendliest business locations in the Middle East and North Africa (MENA), as well as a magnet for manufacturing giants the likes of Renault, Boeing, Bombardier and Peugeot.

None of this has happened by accident. A mere nine miles (14 km.) from Spain at the Strait of Gibraltar, and with coasts on both the Atlantic Ocean and Mediterranean Sea, Morocco is blessed to lie at the nexus of Europe and Africa.

“The geostrategic position of Morocco has helped it position itself as a regional manufacturing and export base for many international companies,” says Hicham Boudraa, General Manager of the Moroccan Investment and Export Development Agency (AMDIE).

Sound economic management paired with ambitious growth strategies and aggressive reforms have resulted in Morocco becoming a major economic player within MENA. In “Doing Business 2019,” the World Bank Group ranked Morocco second among MENA nations for ease of doing business, based on factors such as starting a business, registering property, getting credit and enforcing contracts. The study hailed Morocco’s recent efforts to strengthen border infrastructure for exports and imports, increase administrative efficiency and strengthen creditors’ rights.

Manufacturing is one of the fastest-evolving sectors of the Moroccan economy, and the Kingdom’s true growth engine. Launched in 2014, the government’s Industrial Acceleration Plan (PAI) set a goal of raising manufacturing’s contribution to GDP from 14% to 23% by 2020 while creating 500,000 new jobs. The initiative aims to capitalize on the 2008-2015 National Pact for Industrial Development (PNEI), which fostered modernization of Morocco’s automotive, aerospace, agriculture, offshoring, textiles and pharmaceutical sectors.

Flexing its manufacturing muscle, Morocco, in 2017, surpassed South Africa as the continent’s top maker of passenger vehicles. Groupe Renault, which opened a plant in Tangier in 2012, produced its millionth vehicle last year. The plant has an annual capacity of 340,000 vehicles and employs some 8,000 workers.

Auto industry exports are expected to reach $10.7 billion by 2020, thanks in large part to PSA Peugeot Citroen’s sprawling new factory in the Kenitra Atlantic Free Zone. Half-way between Tangier and Casablanca, the plant is slated to produce 100,000 vehicles this year and double that in 2020.

“The PSA Group has set up a comprehensive system in Morocco covering the entire automotive value chain,” says Jean Christophe Quemard, PSA Group’s executive vice president for Africa and the Middle East. “Our project,” says Quemard, “has no equivalent in Africa.”

With Morocco’s labor costs vastly cheaper than those in Europe, PSA sees Kenitra as a key manufacturing base for mass-market models to be sold throughout the MENA region, where Peugeots and Citroens enjoy significant market share. By locating in the Kenitra Free Zone, the company received a five-year exemption on corporate income taxes, with a rate of 8.75% over the following 20 years. It’s also exempt from value-added taxes and customs duties. PSA has agreed to export 85% of the vehicles it builds there. 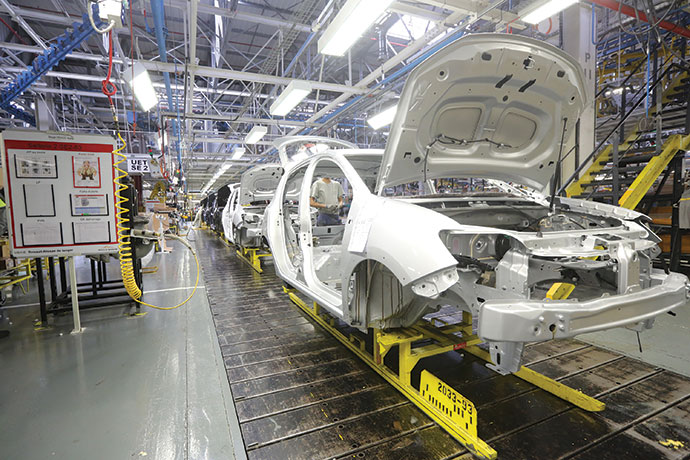 Renault’s factory in Tangier produced its one millionth passenger vehicle in 2018.
Source: AMDIE

Morocco’s rapidly expanding aerospace sector now comprises 140 companies and 11,500 employees, 40% of whom are women, according to Moroccan officials. The sector accounts for $1.7 billion in annual exports. Boeing, which established a footprint in Casablanca in 2001 through a joint venture with Paris-based Safran, is presently in the midst of an effort to bring 120 Boeing suppliers to the country, with the intent of generating $1 billion in economic impact and creating 8,700 skilled jobs. Boeing is helping to train the local workforce.

“Through our business in Casablanca, we have already seen with our own eyes the unique opportunities offered by Morocco to aeronautics subcontractors in terms of cost effectiveness, all the while producing quality products,” said Boeing Vice Chairman Raymond Conner.

The development of economic zones devoted to aerospace has proved to be vital in nurturing Morocco’s avionics sector. The Casablanca Integrated Industrial Park in Nouaceur, near Casablanca’s Mohammed V International Airport, boasts the presence of Boeing, Safran, Matis, Sabca, Dassault Aviation Airbus and Ratier Figeac. Canada’s Bombardier, which employs 400 workers at its plant in the nearby Midparc Free Zone, recently broke ground on an expansion that’s to double the plant’s footprint and allow for production of the Airbus A320 platform nacelle Thrust Reverser.

“I think what’s impressing us most about Morocco is the forward planning and thinking that the government has been embarking upon as far back as the early part of 2000,” says Walter Siouffi, CEO of Citibank Morocco. “Part of that thinking was that, given its proximity to Europe, Morocco figured out that it could be an important part of the supply chain to companies in the aerospace and other sectors.”

AMDIE is the national body in charge of promoting national and foreign investment, as well as the export of goods and services. The agency can inform potential investors about the country’s regulatory framework, financial incentives and investment opportunities. The agency also facilitates access to international markets and helps to sign export contracts with local players.

“AMDIE currently plays the role of a ‘super agency,’ which offers a wide range of services,” says Boudraa. “One of the main objectives of the agency is to provide investors and exports with enough clarity to succeed and make profits in Morocco. By offering them assistance, our agency can probably help save companies up to 30% of the cost involved in establishing themselves in other countries.”

This Investment Profile was prepared under the auspices of the Moroccan Investment and Export Development Agency (AMDIE). For more information, contact AMDIE at +212 5 37 22 64 00, or by email at info@amdie.gov.ma.