A roundup of economic development happenings in some former colonies. 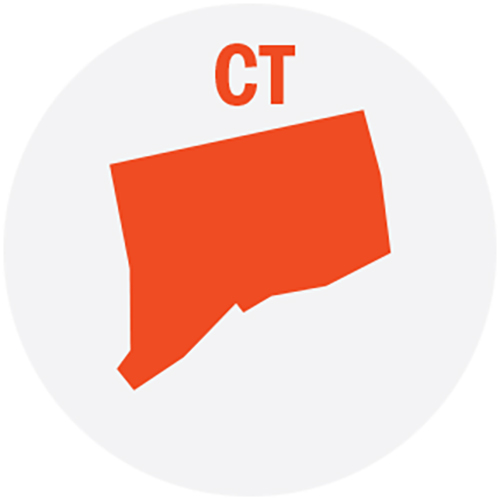 Governor Ned Lamont in February unveiled key components of his vision to transform the state’s economic development strategy: aggressive business recruitment; collaborative work across agencies to better support existing businesses and onboard new ones; as well as a strategic and long-term economic policy focus, including in the important area of Opportunity Zones. To execute on this vision, he nominated David Lehman, a partner with Goldman Sachs, to serve in dual roles as the Commissioner of the Department of Economic and Community Development (DECD) and as the Governor’s Senior Economic Advisor.

Governor Lamont also announced that two of Connecticut’s principal economic development entities — the nonprofit Connecticut Economic Resource Center, Inc. (CERC) and DECD — will form an innovative public-private partnership known as the Partnership to Advance the Connecticut of Tomorrow (PACT). Through this collaboration, CERC will function as the outward-facing recruitment arm on behalf of the state, and DECD will continue to support, promote, and advocate for existing businesses while also serving as the central resource to help new businesses navigate state and local government to minimize lag time, enhance services, and expedite relocation. As part of his mandate, Lehman will ensure tight alignment between CERC and DECD. 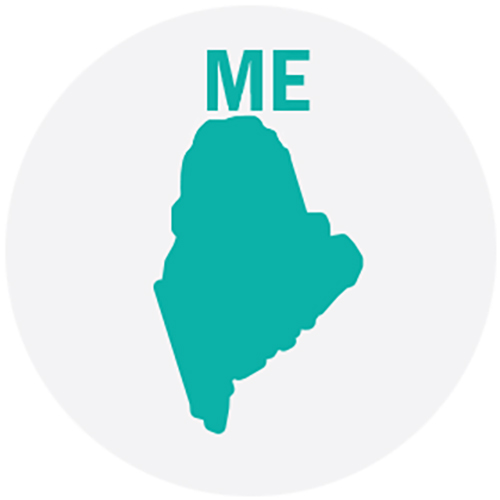 The University of Maine Advanced Structures and Composites Center (UMaine Composites Center) has received $500,000 from the Maine Technology Institute (MTI) to form a technology cluster to help Maine boatbuilders explore how large-scale 3D printing using economical, wood-filled plastics can provide the industry with a competitive advantage. The cluster brings together the expertise of UMaine researchers and marine industry leaders to further develop and commercialize 3D printing, or additive manufacturing, to benefit boatbuilders in the state.

Widespread adoption of large-scale additive manufacturing has been tempered by the high cost of the 3D printers and the cost of feedstock materials. To address the high cost of large-scale 3D printing, the UMaine Composites Center will develop a range of economical wood-filled materials for composite tooling applications. The use of the wood-based fillers significantly reduces the cost and increases the stiffness and toughness of the material, while reducing the environmental impact and improving recyclability. 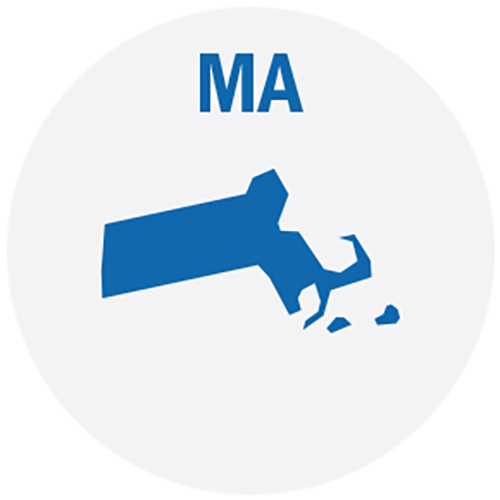 The City Council of Taunton voted in early April to grant a special permit to Commonwealth Alternative Care (CAC), a wholly owned subsidiary of TILT Holdings Inc., to operate an adult-use cannabis manufacturing facility. TILT is a leading provider of products and services to businesses operating in the cannabis industry. The permit allows a 19,602-sq.-ft. (1,820-sq.-m.) manufacturing facility adjacent to TILT’s existing cultivation, processing and dispensary facility.

“As the Massachusetts adult-use market develops, this capacity expansion positions TILT to provide manufacturing products and services to brands across the country as they seek to enter this growing market,” said Alex Coleman, chief executive officer of TILT. “This expansion will also bring new, well-paying jobs and economic development opportunities to the Taunton area while increasing the city’s tax revenue.”

Scheduled to open in spring 2020, the new facility will enhance the company’s capacity to produce infused cannabis products at scale. The expansion also will enable the implementation of high-end automated manufacturing and packaging equipment, further allowing TILT to deliver end-to-end services and customer solutions to cannabis businesses. 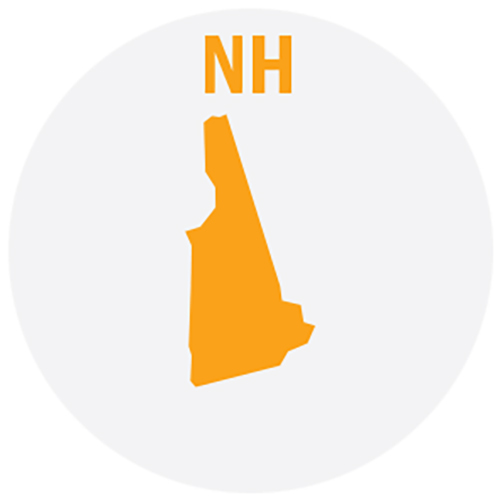 BAE Systems, the third-largest defense contractor in the world, is expanding into Manchester, New Hampshire, the state’s largest city. In February, it signed a lease for an approximately 200,000-sq.-ft. (18,580 sq.-m.) campus that will allow for significant expansion in the Granite State. The new space will add to the company’s large New Hampshire presence, which includes state-of-the-art facilities in Hudson and Nashua and more than 6,000 people at multiple facilities across the state. When fully staffed, the campus will house up to 800 employees primarily focused on supporting the company’s electronic warfare programs.

“BAE Systems has a long and rich history in New Hampshire,” said Ray Brousseau, vice president and deputy general manager at BAE Systems’ Electronic Systems sector. “Our investment in the new Manchester campus will enable us to tap into the talented local workforce to expand our capacity and improve our ability to deliver high-quality products to the warfighter.”

BAE Systems’ Electronic Systems sector, headquartered in Nashua, hired nearly 2,000 people in 2018. Its electronic warfare business provides a massive impact on the communities where it operates — providing more than $450 million in salaries and benefits to more than 3,100 employees in 16 states.

Over the past several years, the sector has invested more than $100 million to expand manufacturing capacity to meet increasing production rates of the company’s top programs and deliver on its commitments to its customers — with a strong focus on its electronic warfare business. 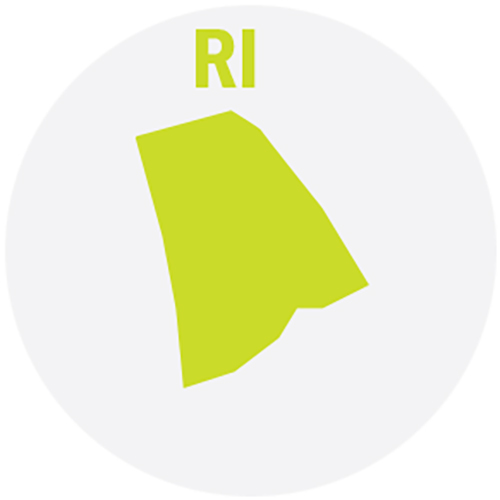 Gotham Greens is building its latest urban farming facility — a 110,000-sq.-ft. (10,200-sq.-m.) state-of-the-art greenhouse farm — on the banks of the Woonasquatucket River, in Providence, Rhode Island. Set to open in fall 2019, it will create approximately 60 permanent jobs. Operating year-round, the facility will supply residents, restaurants and foodservice customers of Providence and the greater New England region with 10 million heads annually of farm-fresh lettuce and leafy greens grown with minimal environmental impact. The site was once home to Providence Base Works — a bustling General Electric facility that employed hundreds of workers to manufacture lamp bases.

“Gotham Greens is a shining example of the type of innovative, sustainable, and community-minded businesses we envision will help to reinvigorate the Woonasquatucket River Corridor,” said Providence Mayor Jorge O. Elorza. “By supplying fresh, healthy produce and well-paying jobs for Providence residents, Gotham Greens will serve as a driver of economic growth in the capital city while generating a creative source of energy that will help better connect the neighborhoods along the River.”

The Brooklyn, New York–based company will partner with community organizations to increase access to healthy foods and support wellness and nutrition education, ag-tech research and environmental education programs across the region. Since its launch in 2011, Gotham Greens has grown from a single urban rooftop greenhouse in Brooklyn to a multi-state indoor farming leader and one of the largest hydroponic leafy greens producers in North America. 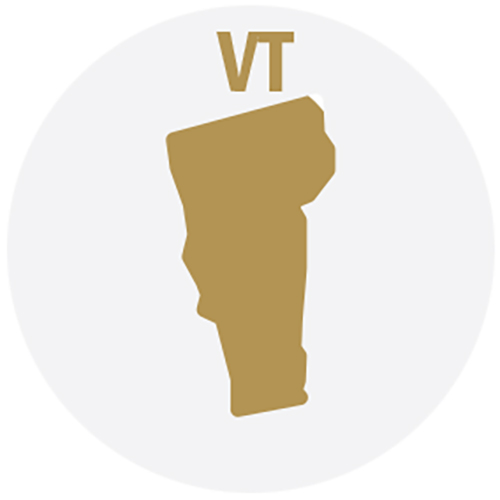 Chroma Technology Corp. completed a $22-million expansion in late 2018 that will add or retain 133 jobs in Bellows Falls. In 2016, Chroma — a local optical filter manufacturer that distributes its product all over the world — was approved by the state of Vermont for a 37,000-sq.-ft. (3,400-sq.-m.) expansion to its facilities, adding about 25 new jobs as well as allowing Chroma to retain its existing 113 jobs in the region. Prior to the expansion, the growing manufacturer had been struggling to increase capacity in its existing space.

To support Chroma staying in Bellows Falls, the Brattleboro Development Credit Corp. provided regional project development leadership, spearheading the predevelopment and development efforts necessary to advance the project, and ultimately, leading the efforts to ensure adequate capital was available to support the expansion project, working with the Agency of Commerce and Community Development and Governor’s Office to facilitate funds for the project.