The railroad observes 150 years as an economic engine.

On May 9, Union Pacific will observe its 150th anniversary by recreating the photo taken May 10, 1869, when the last spike was driven into place at Promontory Point, creating America’s first intercontinental railroad. Historic steam locomotives will be on hand. That will be the primary observance, but communities across Utah will take time to mark the anniversary.

The Union Pacific Railroad has been vital to Utah’s economy for 150 years. With 1,268 miles (2,040 km.) of track and an annual payroll of $124.2 million, it has been a catalyst for growth throughout the state. From 2014 to 2018, the railroad invested more than $329 million in Utah’s transportation infrastructure.

“In a lot of ways, Union Pacific and the communities it serves have grown up together,” says Nathan Anderson, Union Pacific’s senior director, public affairs, for Utah. “We have strong relationships with those communities. What we are celebrating, really, is the opportunity to execute the kind of trade that brings ideas and culture and goods and services across the state.”

Union Pacific has developed important infrastructure across Utah, including the $90 million Salt Lake City Intermodal Terminal. Anderson says Union Pacific is looking for opportunities to expand the use of its network where it make sense. He says the railroad is working on several projects it has to keep under wraps for now.

“Ultimately, these projects will allow growth without putting more traffic on the roads,” Anderson says.

In Salt Lake City, the state recently welcomed an announcement by San Francisco-based financial technology company plaid that it will open an engineering hub, adding to the city’s information technology and financial services cluster. Plaid’s technology allows consumers to connect their bank accounts to digital financial services applications. The firm plans to hire 50 engineers by the end of the year to populate a 17,000-sq.-ft. (1,580-sq.-m.) office downtown.

“In a lot of ways, Union Pacific and the communities it serves have grown up together.”
— Nathan Anderson, Senior Director, Public Affairs, for Utah, Union Pacific, on the occasion of the railroad’s sesquicentennial in May

“Plaid is adding the best and brightest talent to facilitate an ‘everybody wins’ financial system where technological innovation, protection of personal data, and consumer choice and control are all possible,” says Kira Booth, who will head the engineering team. “Plaid is focused on laying the foundation for fintech for decades to come, and is excited to lay down roots in a location that is equally as invested in the future of engineering and innovation.”

Another recent project and a big FDI win drawn to the state is an operations hub in Ogden planned by Swedish food and beverage manufacturer Oatly, which develops and produces oat-based drinks and foods. Its flagship product is its oatmilk, an original oat-based drink produced using patented enzyme technology that turns oats into nutritional liquid food. 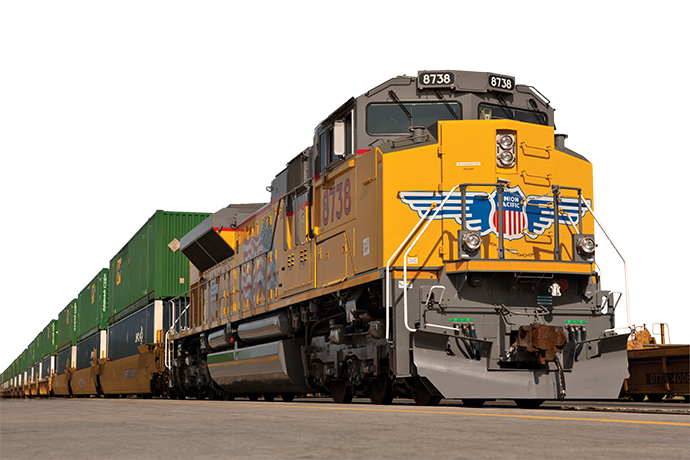 “As a 25-year-old company, we’ve been blown away by the enthusiasm and incredible demand for Oatly that we’ve seen here in the States over the past few years,” says Oatly U.S. General Manager Mike Messersmith “Through this partnership with the state of Utah, our upcoming factory in Ogden will help us keep oatmilk in all the many coffee shops, grocery stores and refrigerators that want it.”

The company worked with Atlas Insight LLC, a site selection firm based in New Jersey, to help with its location decision. The company ultimately chose an available food-grade facility at Business Depot Ogden as a turnkey solution for the company. Oatly plans to create up to 50 jobs over the next seven years.

One of the state’s biggest projects in recent years comes from a homegrown company, Merit Medical, which is investing $505 million in a massive expansion that will create more than 1,000 jobs. Merit is a leading manufacturer and marketer of disposable medical devices used in intervention, diagnostic and therapeutic medical procedures.

“We are hiring students from our state’s great institutions of higher education as engineers, mathematicians, statisticians, marketing and business professionals,” says Fred P. Lampropoulos, Merit Medical chairman and CEO. “We are committed to growing our business with local talent in all areas.”

*Each American freight rail job supports nine jobs elsewhere in the U.S. economy, according to the Association of American Railroads