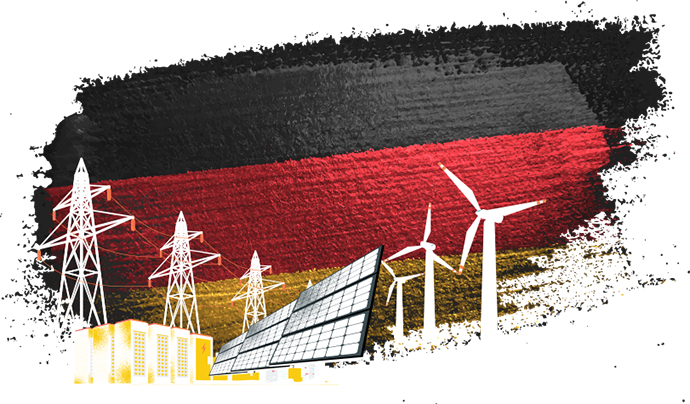 It’s been almost a decade since Germany decided in 2010 to reduce its greenhouse gas emissions by around 95% (compared with 1990 levels) by 2050. The so-called energiewende, literally meaning “energy turnaround,” was augmented in 2011 by the decision to abandon nuclear energy (following the tragic Fukushima incident). Germany’s last nuclear power plants will be shut down by 2022 at the latest. In the meantime, renewables such as wind and solar power experienced an enormous boom (backed by generous financial support), overtook coal as Germany’s most important power source in the first half of 2018, and now account for close to 38% of electricity.

However, the renewables boom hasn’t always produced a drop in greenhouse gas emissions, and Germany is expected to clearly miss its 2020 target of a 40% lower emissions level compared to 1990.

Last year, longstanding calls for Germany to also abandon coal, which still produces about one-third of electricity, resulted in the launch of the “coal exit commission,” which recommended to end coal-fired power generation by 2038 at the latest. The German government is expected to transform the proposal into legislation within the next six months, and has already put forward a bill that allocates €40 billion to help coal-producing regions in the transition. One of the critical aspects of the coal exit is its social and economic impact on the mining regions in the states of Saxony, Brandenburg, Saxony-Anhalt and North Rhine-Westphalia.

The funds are intended for various purposes such as improving broadband and other infrastructure, and supporting innovation and research in the affected regions. A total of €600 million is already earmarked for 11 projects such as an Innovation Campus for Electronics and Microsensors, a Fraunhofer Center for Digital Energy and a Center for Advanced System Understanding. The coal commission further advised that Germany’s coal mining regions should remain energy regions and support the development not only of renewable energy sources but also of electricity storage or power-to-gas production.

The German government hopes to secure jobs in the mining regions by attracting battery cell gigafactories or other storage projects. The rise of renewable energy in Germany requires storage technologies to enable its use when there is no sun or wind. While the country may still do without truly large-scale storage for a few more decades, small-scale storage started to spread in the form of batteries, mainly driven by a sharp price decline in lithium-ion batteries, thanks to their wide use in consumer electronics and increasingly in electric cars. In less than five years, battery costs in Germany have more than halved, and the International Renewable Energy Agency (IRENA) expects a price drop of up to 66% in installed battery storage by 2030.

The largest investment project Germany has landed so far in this field is from Chinese lithium-ion battery giant Contemporary Amperex Technology (CATL), which plans to invest up to €1.8 billion into a battery cell factory for electric cars near Erfurt/Thuringia, for which they secured two areas of 35 hectares (86 acres) each, plus 17 hectares (42 acres) for a supplier park. The German government is furthermore pushing for domestic battery cell production to secure the future of the country’s important car industry in light of the expected shift to zero-emission mobility.

In September, Volkswagen launched a battery cell development and production site in Salzgitter/Lower Saxony. Together with its joint venture partner, Swedish battery producer Northvolt, the €900 million are to be invested into a 16-gigawatt-hour battery cell factory that is to employ 700 people.

Other recent investment announcements have come from BMW, which announced in October 2018 its plans to set up battery production at its plant in Dingolfing/Bavaria for the all-electric MINI, and the German lithium-ion battery system solutions provider BMZ, which recently joined forces with the German intralogistics company KION with plans of setting up a manufacturing plant in Karlstein/Bavaria for lithium-ion batteries for industrial trucks.

The excitement about batteries could mislead, however. Batteries can neither store enough energy nor store it for long periods, so other technologies will be needed to decarbonize the world’s fourth largest economy.

For example, storing (renewable) energy in the form of heat, gas or liquids will also be key to completing Germany´s energy transition. The city of Hamburg, which has pledged to become climate neutral by 2050, has concluded the trial phase of a huge subterranean aquifer heat storage system meant to replace a coal plant and provide heat to 8,000 households in wintertime.

A similar idea is at work in Unterhaching, near Munich, where developer Schwaiger Group’s revitalization of the 29,000-sq.-m. (312,000-sq.-ft. ) HATRIUM office complex includes plans to connect into the city’s geothermal district heating network in such a way to meet the entire heat energy needs of the complex. “Especially with international office tenants, the sustainability of office real estate is gaining in importance,” said Michael Schwaiger, managing director of the Schwaiger Group.

Another technology heavily discussed in Germany right now is power-to-gas, which entails the production of hydrogen from water via electrolysis, which can be converted back into electricity via fuel cells or be fed into the natural gas grid. Many see this as a way to make use of wind power in northern Germany that cannot be transported to areas of high demand in the south due to a shortage of power lines.

Currently, the technology is only running in around 30 research and pilot projects in Germany, which are still far from being profitable because over one-third of energy is lost in the process. Nevertheless, Hamburg is planning to build the world´s largest hydrogen electrolysis plant with a capacity of 100 megawatts at its port, where nearby steel, aluminum and copper factories could be supplied. Hamburg and the surrounding state of Schleswig-Holstein plan to run on 100% electricity from renewables by 2035.

“In order to achieve our climate goals, we must decarbonize all sectors of the economy, that is, make away with fossil fuels,” said Hamburg´s Economic Senator Michael Westhagemann.

Dennis Merkwirth is an international trade and investment consultant based in Berlin, Germany.