Why Companies Keep Growing in the Crossroads Region

A strong and competitive state business climate is part of the story. 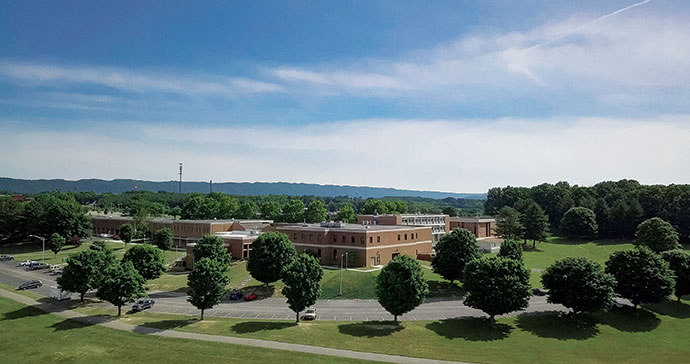 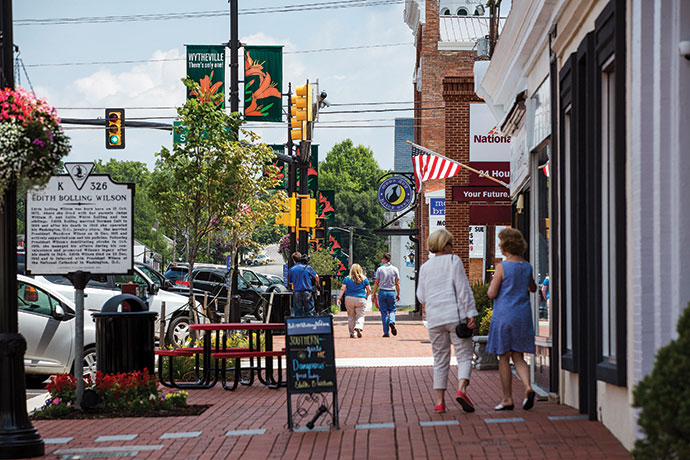 Employees at companies along Interstates 81 and 77 in southwestern Virginia get to work in one of the most scenic parts of the Mid-Atlantic there is. But the defense contractors, packagers, beverage bottlers and manufacturers of various equipment types operating and expanding there for decades have better reasons than scenery to be there. It’s more about the workforce and the logistics advantages of the region.

Engineering students can be found in abundance at Virginia Tech and its Center for High Performance Manufacturing in nearby Blacksburg. And the United Way of Southwest Virginia has a four-week summer internship program called Ignite for area high school students to gain practical experience at local employers.

“A good portion of our professionals and engineering staff are from Virginia Tech, and we have some professionals here that went to Virginia Military Institute [in Lexington],” says Larry Souverielle, senior director, Marion Virginia Operations at General Dynamics Mission Systems, in Marion. “We also draw from East Tennessee State University, but the majority of our engineers went to Virginia Tech.” He says the company has an alliance with the Institute involving research and development and graduate projects. “Some PhDs that are on staff there used to work for us,” he points out.

General Dynamics makes radomes — coverings for radar, navigation and satellite systems mounted to aircraft, as well as other aerostructures for aerospace and defense customers. “We do high-temperature composites for engines and other aerostructures like control surfaces, flaps, ailerons and doors for aircraft — predominantly military aircraft, but we also support the commercial industry,” says Souverielle. About 450 employees work in the nearly 1-million-sq.-ft. facility.

and distribution center on the East Coast opened in 2007 in the 1,200-acre Progress Park, in Wytheville, in an Enterprise Zone near where Interstates 77 and 81 intersect – in the heart of the five-county Crossroads Region. It employs more than 300 in a 950,000-sq.-ft. plant.

Amcor PET Packaging of Australia soon thereafter opened a 700,000-sq.-ft. plastic bottling facility next door, adding about 200 jobs to the local economy. In 2004, Pepsi Bottling Group opened a bottling, distribution and sales facility, also in Wytheville, that employs more than 200. And several other companies in the area employ hundreds more.

Can the region accommodate many more such projects in the human resources context? 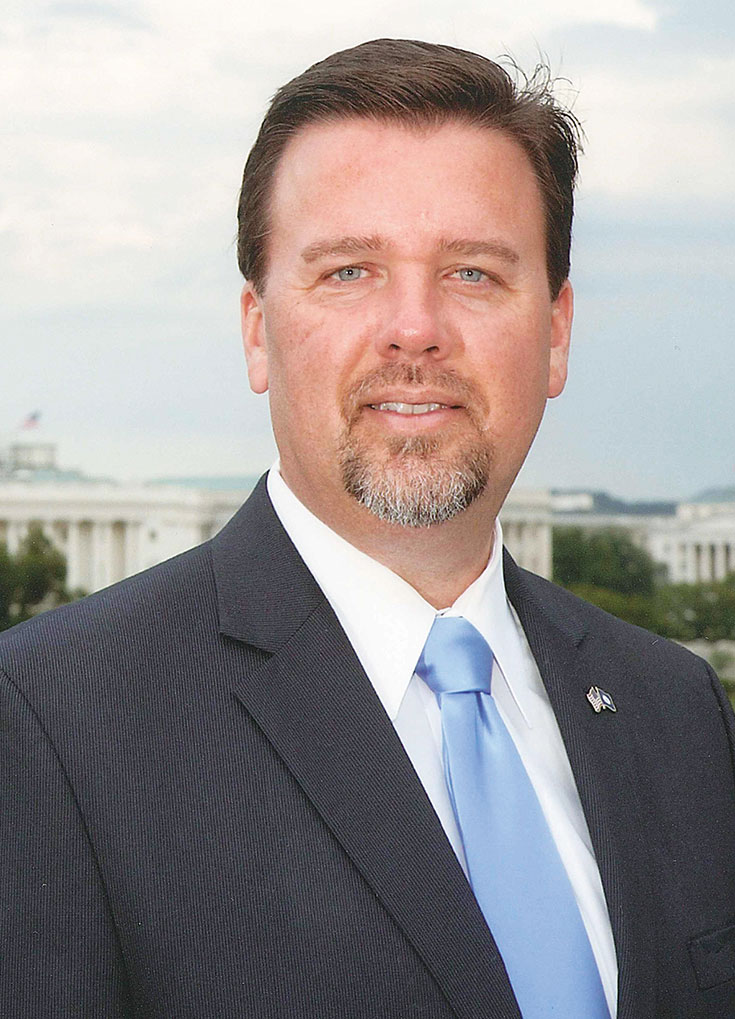 “It’s getting to be more of a challenge,” says an area plant manager. “The local labor pool is pretty tight right now, but we work a lot with the county and state when we have openings. Last year, we hired 83 employees, and we were able to attract employees to our facility without too much trouble. We did notice that the pool of employees that we brought in on average was probably younger, because some of the more seasoned workers were pretty well established in their current roles.”

The company draws from the same higher education assets in the region as General Dynamics and other major employers, he adds, noting that about 30% of his workforce comes from West Virginia, about 20 miles to the north.

Princeton and Bluefield, West Virginia, add to the region’s housing supply, which the manager says can also be a challenge at times.

Like anywhere, it depends on workers’ commute-time tolerance. Some of his professional staff live in Christiansburg, Blacksburg and Roanoke, which are under an hour from the Bland facility.

“People who come into the area really fall in love with the southwest Virginia area and become very loyal employees,” he notes. “We typically don’t have a lot of turnover once we get an employee in our factory. They integrate themselves into the community, into the lifestyle, and they typically stay with us for a long time.”

Commercial property in the Crossroads Region is hardly in short supply. Even with a hilly topography, business park space with build-ready pads is easy to find.

In addition to Progress Park in Wythe County, there’s Pathway Park in Smyth County, which is where General Dynamics Armament & Technical Products, TRW Automotive and other companies are located.

Galax, in Carroll County, is where to find the 273-acre Wildwood Commerce Park with 100-acre and 25-acre pads already graded. The park was certified in

Once situated in one of these parks or elsewhere in the region, companies will be doing business in the state that won Site Selection’s 2019 Prosperity Cup, which was awarded to the Virginia Economic Development Partnership. The Cup recognizes the most competitive state-level economic development agency based on a 10-point index.

It helps to have a strong business climate. CNBC ranked Virginia the Top State for Business in 2019, also based on a 10-point index of competitiveness factors.

“Virginia’s business environment is pretty conducive for any type of business,” says Brett Vassey, president and CEO of the Virginia Manufacturers Association (VMA). “We do our own ranking — we call it a manufacturing competitiveness index, where we measure Virginia against the other 49 states and the District of Columbia in 52 areas of measurement across five categories. Virginia ranks ninth on that index. They’re not exact proxies for business investments, but they’re meant to give you a general sense of whether you’re in the top quartile or the bottom quartile. Is there really a fundamental difference between number one and number three?”

Now in its third year, VMA’s index was developed in cooperation with the Southern Governors Association.

“If the rankings were absolute predictors, then whatever state ranked first would have the largest economic outputs, and that’s not actually the way it works,” notes Vassey. “In terms of the economic health of manufacturing by comparison against the other states, we’re in the bottom 10%. But when you take all 52 metrics against all 50 states, we ranked number nine overall. Businesses weigh some factors heavier than others in their decision-making. Not all factors are the same. Having all your mega sites certified is an important metric, but what does your tax structure look like? That’s probably a bigger one, because no one’s going to put a billion-dollar investment in a state that taxes their machinery and tools, or taxes the output of manufacturing and the inputs into manufacturing. They’re going to pick a state that does not tax any of those.

“That’s what we keep telling economic developers — that rankings are good, and Virginia is doing well,” he says. “But if you really want to be competitive, you have to look at what the real core drivers are that may not be in the rankings, like tax policy, for instance.”

Any surprises in the most recent version of the competitiveness index?

“We were a little disappointed that we didn’t move up faster in the workforce space, particularly in the industry credential attainment, or the non-degree bearing,” says Vassey. “But by comparison, everybody else is catching up. That’s the one area where we wish we would have made a little more progress.”

That will change, he predicts, as more people take advantage of FastForward, Virginia’s workforce credential grant, where the state pays for two-thirds of the cost of a credential in a high-demand occupation.

“The average increase in wages is well over 30% with the credential,” says Vassey, “and the average training takes only 10 weeks.”


Coming to the Commonwealth

High Purity Systems (HPS), a leading provider of mechanical piping systems for a broad range of industries, will invest approximately $8.5 million to grow its manufacturing operation in Manassas. The company will expand into a new, 30,000-sq.-ft. facility in order to increase production capabilities for piping fabrication. The project will create 105 new jobs.
In business for over 30 years and based in Manassas, HPS specializes in solving complex, highly technical mechanical projects for a variety of industries including microelectronics, biopharmaceutical, aerospace, food and beverage manufacturers, and other industrial companies. In addition to traditional mechanical services, HPS’ expertise includes fabricating and installing critical process piping systems, performing orbital welding and other specialty welding services, and manufacturing skidded piping systems.

DroneUp, a web and mobile platform for on-demand drone pilot services, will invest $130,000 to expand its headquarters operation in Virginia Beach. Virginia successfully competed with North Carolina for the project, which will create 41 new jobs. DroneUp connects drone clients with qualified drone pilots through its Mission Match™️ process, in-app and on the web. The company delivers on-demand services to commercial, government, and military organizations and addresses critical airspace safety oversight. DroneUp is committed to providing a comprehensive network of pilots while maintaining a steadfast commitment to safety and responsible operations.
“The NASA Langley Research Center and Wallops Island are just a few of the R&D assets available to companies in Virginia Beach, along with a skilled workforce and dedicated institutions of higher education,” notes Brian Ball, Virginia’s secretary of commerce and trade. “We are confident that with access to these resources, DroneUp will continue to thrive in the region and the Commonwealth.”

Eagle Aviation Technologies, LLC, an industry leader in composites design and fabrication, will invest $207,500 to expand its manufacturing facility in Newport News. The company will add new production equipment at the operation and create 75 new jobs. The company engages in the concept development, design, analysis, manufacture, and testing of prototype systems and components for the aviation, space, and marine industries. Founded in 2009, it currently employs 75 in Virginia and is experiencing significant growth due to the expansion and diversification of its business client portfolio.

SRP Companies, a leading supplier and distributor of sunglasses to more than 60,000 retailers nationwide, will invest $1.16 million to relocate a substantial portion of its warehouse operations from Philadelphia, Utah, and Oklahoma to the City of Virginia Beach.
“We are very excited to be expanding our warehouse and distribution operations into Virginia Beach in 2020,” said Darrin Eisele, CEO of SRP Companies. “We are excited to be in such high-quality facilities close to the Port of Virginia. This enables us to improve the efficiency of our import activities and better serve our customers. Virginia Beach provides an excellent work environment for our employees and operations.”