Milk It For All It's Worth

A new processing plant could be a game changer for Michigan. 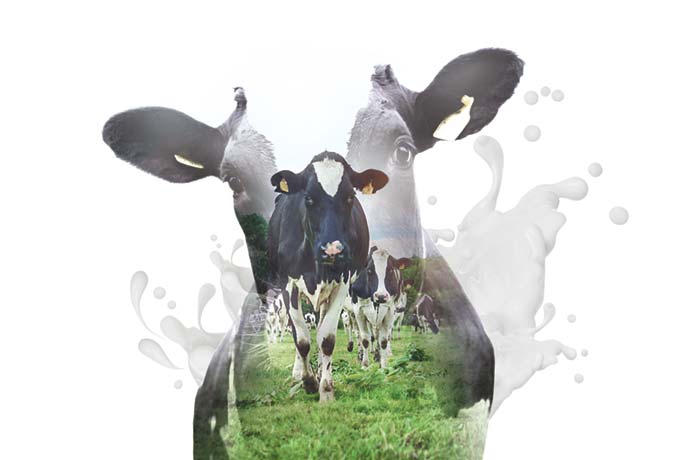 Michigan is swimming in milk. Its 422,000 cows produce more than 11 billion pounds of milk each year, according to the Michigan Department of Agriculture and Rural Development (MDARD). The state’s surplus of six to seven million pounds a day suggests a massive opportunity for dairy processors. MWC, LLC, a joint venture led by Ireland’s Glanbia Plc, is responding in a massive way.

MWC is nearly a year into construction of a sprawling cheese plant that’s projected to consume a rough equivalent of Michigan’s current surplus. Benefits of the $555 million total site investment are certain to resonate far beyond the rural town of St. Johns, 25 miles (40 km.) north of Lansing, where the complex is to cover 146 acres (60 hectares) and create up to 300 jobs.

“This facility will ease the burden of the current oversupply of milk,” says Jeff Mason, CEO of Michigan Economic Development Corporation, the state’s chief business development and attraction arm. “MWC, LLC ,” says Mason, “will dramatically improve the production, profitability and long-term prospects for one of Michigan’s top agricultural products.”

The MWC project could represent a lifeline for Michigan’s dairy farmers, who have struggled under five straight years of depressed prices triggered by what is a nation-wide glut of milk. Census data indicate a loss of 10% of the state’s dairy farms since 2014.

MWC “is the silver lining we have been hoping for,” says Matt Oesch, a dairy farmer in Alto. “I think this will keep a lot of dairy farms from closing in the future.”

When fully operational in mid-2021, the plant in Clinton County will support the output of 100,000 cows, nearly one-fourth of Michigan’s herd. By creating such a hefty demand, it’s likely to result in higher milk prices, thus stabilizing the state’s dairy industry. It should reduce trucking costs currently shouldered by Michigan dairy farmers who, due to a shortage of in-state processors, often must ship their product elsewhere.

Bob Trezise, president and CEO of the Lansing Economic Area Partnership (LEAP), says the project will have a “profound impact” on Michigan’s dairy industry for decades to come.

“This isn’t just landing a business with jobs,” says Trezise. “This is establishing a new level of ag tech production that’s going to enormously impact the entire dairy ecosystem of our whole state.”

Glanbia, partnered with Dairy Farmers of America and Select Milk Producers, is to produce American-style cheddar at its $470 million facility, which is “dead center” in Michigan’s milkshed, according to Glanbia project manager John Murphy. Iowa-based Proliant Dairy Ingredients, which makes dairy solids used in food and feed manufacturing, is building an adjacent $85 million plant that will utilize whey and milk permeate, by-products of Glanbia’s production processes.

“In terms of the investment, this is similar to an OEM automotive plant or an aerospace facility. That’s really the only time you get those kinds of numbers,” says LEAP’s Keith Lambert, a point man in the process.” Lambert hails the value-added benefit of keeping Michigan milk in-state.

“It all stays here, and that creates a ripple effect up and down the value chain,” Lambert says. “The whole issue of having to dump milk because it doesn’t make economic sense to ship it to Wisconsin, that problem goes away.”

Getting the project off the ground was anything but an easy lift, requiring cooperation and a yen for creativity among a bevy of state, local and private partners. Lambert calls it “definitely the most dynamic and complex project I’ve worked on.” A $21 million package of incentives involving no fewer than seven state and local entities helped make the project feasible.

“It was a collective pursuit,” says Murphy. “The state really came through on giving what they could to make it go forward. This would not have happened if we didn’t have those tax abatements, grants and other things. We couldn’t have done it for the price we’re doing it for. They bent over backwards for us.”

So did St. Johns and Bingham Township, when it became evident that MWC needed more land, but the parcel they needed was just outside St. Johns’ boundaries. They agreed not only to a land transfer — a process involving multiple layers of approvals — but also combined to classify the property as an Agriculture Processing Renaissance Zone, allowing for $6.6 million in local and state tax abatements.

“If you have a situation where the town and township don’t get along, you have a recipe for real headaches from our standpoint,” says Murphy. “What happened here was you had a very collegial atmosphere between those two entities, and they made a lot of good things happen because of that.”

Another pivotal role in the process was played by Consumers Energy, Michigan’s largest utility, which is building a power substation on the MWC property and will meet the plant’s significant natural gas and electric needs. Early on, Consumers provided a detailed energy readiness analysis to help focus MWC’s site search, which covered much of Michigan’s milk shed. The utility, says Murphy, also provided speedy energy analyses of specific sites along the way.

“They had the answers ready, and very quickly. I’ve got to have that information, and I’ve got to have it fast,” Murphy says. “With Consumers, we didn’t have to mess around very long on that side of things, so we were able to accelerate our decision-making process.”

The utility’s efforts are not going unnoticed.

“They’re working with site selectors across the country, and their rates have come down substantially for large, industrial projects,” says Lambert. “They’ve come to a point where they’re extremely proactive. They have really upped their game.”

This Investment Profile was prepared under the auspices of Consumers Energy. For more information, contact Valerie Christofferson at 517-788-2422 or valerie.christofferson@cmsenergy.com. On the web, go to www.ConsumersEnergy.com/econdev.