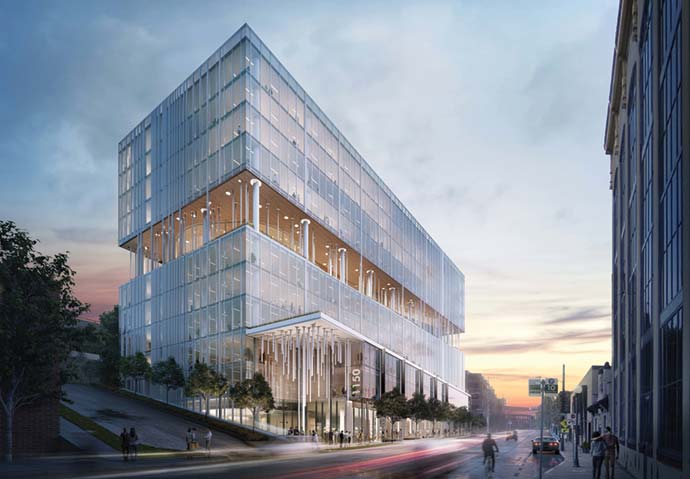 The 25-year-old company today has a total market capitalization of approximately $22 billion, and its North American asset base consists of over 25 million rentable sq. ft. (2.3 million sq. m.) across more than 250 properties whose tenants are the cream of the crop in tech and life sciences.

This year, Alexandria expects to deliver more than 2 million more sq. ft. That’s not counting special projects like OneFifteen in Dayton, Ohio, where it’s partnering with Kettering Health Network, Premier Health and Verily — the life sciences/healthcare arm of Google parent company Alphabet — to deliver a solution to the national scourge of opioid addiction, via a one-stop, 59,000-sq.-ft. “ecosystem” addressing every facet of the recovery process, including vocational counseling and employment.

Joel S. Marcus, Alexandria’s executive chairman and founder, called the project “an extremely heartfelt undertaking” for the company, which he said “could not stand idly by in the face of this monumental crisis. He also hopes the program can become a model of care to be replicated by other communities.

In April, the inaugural 13-member class of seed- and early-stage life science companies at the 20,000-sq.-ft. Alexandria LaunchLabs® — Cambridge location on Kendall Square was announced, with focus areas including AI-enabled drug discovery, synthetic biology, new gene editing modalities and the microbiome. In addition, the Alexandria Seed Capital Platform made its first Cambridge investment in Holobiome, Inc., which is developing microbiome therapeutics.

“Now is the time to be at the vanguard of coalescing and growing this agtech cluster.”
— Joel Marcus, Executive Chairman and Founder, Alexandria Real Estate Equities, on the opening of a new agtech campus in North Carolina

“There are numerous challenges when starting a company in the life sciences, but two of the first are finding funding and a home,” said Philip Strandwitz, CEO and co-founder of Holobiome, Inc. “Fortunately, Alexandria is an unparalleled and best-in-class purveyor of both.”

In June, Alexandria expanded on the success of its first New York LaunchLabs project by announcing a second, to be opened in 2020 in collaboration with Columbia University and located on the university’s Washington Heights campus, adjacent to Columbia University Irving Medical Center. The company said the new turnkey office/lab platform “will increasingly focus on promising life science startups emerging from Columbia and peer institutions, which serve as the greatest source of new company formation in the NYC life science ecosystem.”

To date, Alexandria LaunchLabs – NYC — the first LaunchLabs site in the city — has welcomed more than 20 firms that have created more than 60 jobs. In addition to construction of third tower at that original campus, Alexandria last fall closed on a property in Long Island City that it plans to transform into a life sciences “step-up” space.

In November 2018, development of the Alexandria Life Science and Translational Research Center began at the REIT’s flagship Shady Grove Life Sciences Center campus in Rockville, Maryland, with the signing of a 15-year lease with gene therapy biotech firm REGENXBIO Inc., with expansion options for its future HQ and R&D building. The lease enables REGENXBIO to expand and consolidate multiple nearby sites at one campus location. The project, located near the National Institutes of Health (NIH) and the U.S. Food and Drug Administration (FDA), is expected to be placed into service in 2020. The potential exists for the company to also construct its own cGMP production facility at the site. 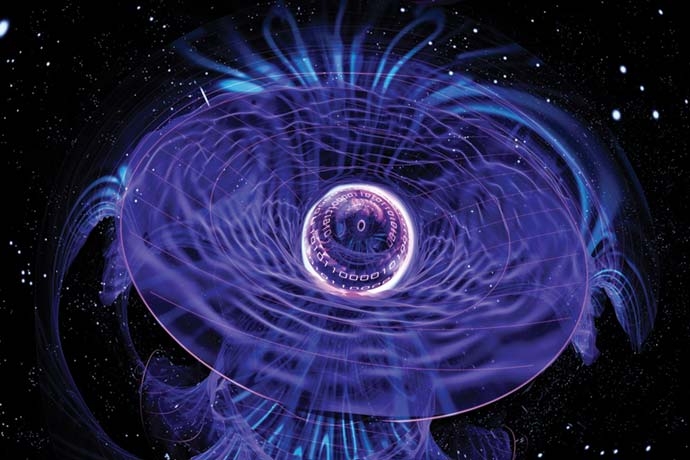 An artist’s conception of information falling into a black hole. Researchers at the University of Maryland’s Joint Quantum Institute have implemented an experimental test for quantum scrambling, a chaotic shuffling of the information stored among a collection of quantum particles.
Credit: E. Edwards/JQI

“Last year, we experienced a dramatic surge in capital invested in the agtech industry, with global venture capital funding up more than 40% to nearly $17 billion,” said Marcus. “Advances in precision farming, crop protection, gene editing, artificial intelligence, machine learning and the microbiome aim to revolutionize our food system from farm to table.”

In August, biotech firm Adaptive Biotechnologies Corporation signed a 12-year, full-building lease at 1165 Eastlake Avenue East, an HQ office/lab development in Alexandria’s Eastlake Life Science Campus in the Lake Union life science cluster in Seattle, where Alexandria has been engaged since 1996. Lake Union is also where Alexandria in 2003 cofounded Accelerator Life Science Partners, which it calls a “first-of-its-kind” life sciences accelerator. The new HQ building is part of construction about to top 1 million sq. ft. of space in Seattle.

Just 808 miles down the coast in San Francisco’s Central SoMa district, Alexandria and developer TMG Partners in July received project approval from the San Francisco Planning Commission on their proposed 1-million-sq.-ft. mixed-use development project, the first within the Central SoMa Plan to be fully approved and receive its full Prop M allocation — Prop M is a measure passed by voters that restricts office development space in the city. The project is nearly 60% pre-leased, with Pinterest as its anchor.

Community benefits at the campus include including a public recreation center with two new swimming pools and a public activity space; a child care center; and an air rights parcel deeded to the city for its development of approximately 100 units of 100% affordable housing.

“We were drawn to this project specifically because of how open the space will be to our neighbors,” said Charlie Hale, head of public policy and social impact at Pinterest.

In February, the REIT announced the launch of Alexandria GradLabs, a platform “designed to provide post-seed-stage life science companies with turnkey, fully furnished office/laboratory suites and an accelerated, scalable path for growth.” It’s the latest addition to its flagship Campus Pointe by Alexandria campus anchored by Eli Lilly and Co., Celgene and UC San Diego, where other opportunities are combining to point to an eventual 1.6-million-sq.-ft. (148,640-sq.-m.) mega campus in the city where it all started for Alexandria in 1994 as a garage startup. As of the end of 2018, the company’s San Diego operating asset base consisted of approximately 5 million sq. ft. (464,500 sq. m.).

“San Diego has long been known for its global leadership in genomics and R&D, its premier research institutions, its wealth of serial entrepreneurs and its collegial spirit,” Marcus said. “Now, its life science industry is poised to drive the next round of innovation.”