Planning with a View Toward Inclusion and Transparency 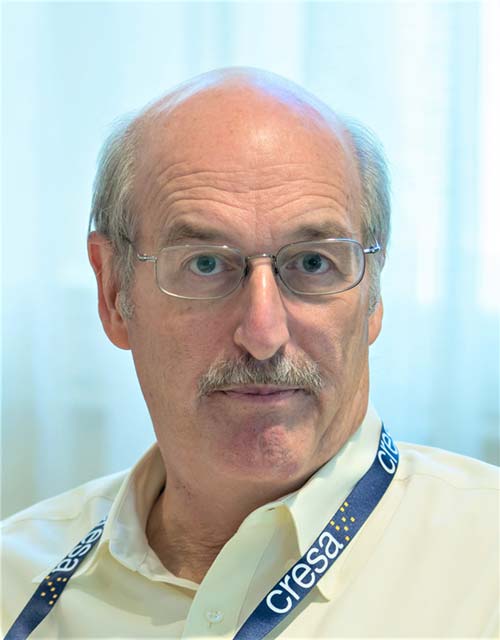 IAMC had annual strategic plans in its early years. That sounds like a contradiction of terms, doesn’t it? A one-year strategic plan? But I’ve also heard the process worked just fine for a while. As a brand new organization, the logical planning horizon was relatively short. Of course, as IAMC matured, this needed to be extended. And soon, we did begin multi-year planning.

I’d like to use this letter to give you some context about the current strategic planning process. Why now? Why not next year or the year after? What will be different about this plan? What planning process are we using? The finished product will be announced and detailed at the Milwaukee Professional Forum.

It’s been five years since the last full-fledged strategic planning process. The useful life of such plans is often in the range of two to five years. Then-Board Chair Mert Livingstone began the process for the previous plan, which he christened “IAMC 2020.” It was completed the next year by George Manos. They did a great job. The one thing that stands out in my mind about it was their extensive efforts to get member input. We learned a lot. IAMC grew and prospered as a result. But today the membership and competitive landscapes are very different, and the old plan is too dated to help us move forward.

Today, we have big changes to navigate, many of which are not even mentioned in the old plan. The Corporate members’ companies are demanding more and better professional education for their employees, with less travel to obtain it. The Service Provider members are facing stiffer competition from companies based in the U.S. and abroad. The Economic Developers see strong pressures for better returns on their marketing budgets.

New technologies appear set to change the face of the real estate industry. Artificial intelligence and machine learning are forecast to take over many research jobs, repetitive tasks and clerical chores. This will affect IAMC’s membership, but most likely not reduce its size.

The ultimate retail buyers’ demands for next-day or this-afternoon delivery of their purchases will revolutionize corporate supply chain processes and facilities. This is happening quickly. The old facilities are often in the wrong places to serve the evolving supply chains. They also lack the technology to support robotic stocking, picking and packing that is the wave of the future. The new facilities will require about 25% of the labor as used by the old.

I could go on and on about these changes, but you get the idea. IAMC will be supporting its members and their companies in this changing environment. The organization must anticipate and change with the times to enable it to do this.

Moreover, the governance capabilities of IAMC’s board, leaders and staff have matured in its 17 years of existence. Today, we have a more orthodox view of strategic planning. We know better how to craft the plans, and we understand better how to implement them. In 2019, we need and are ready for more sophisticated planning.

Following current professional association and general business practice, our planning process and the end results need to be comprehensively communicated to and understood by the membership. We’ve engaged service providers, who are professional association experts, to guide and advise this process. In turn, they have made 250 member contacts (an impressive representative sample size) to better understand the needs of the organization. I’ve been impressed by their support. I believe we’re going to deliver a strong strategic plan at the Milwaukee Forum. I hope this letter gives you some background and context for understanding the planning process and the ultimate product.

Please register and make plans to attend the Milwaukee Forum if you’ve not already done so. You can do this at IAMC.org, where you can read about the Forum’s 15 CRE professional development workshops and the event’s outstanding leadership and motivational speakers. Be there. You won’t regret it. 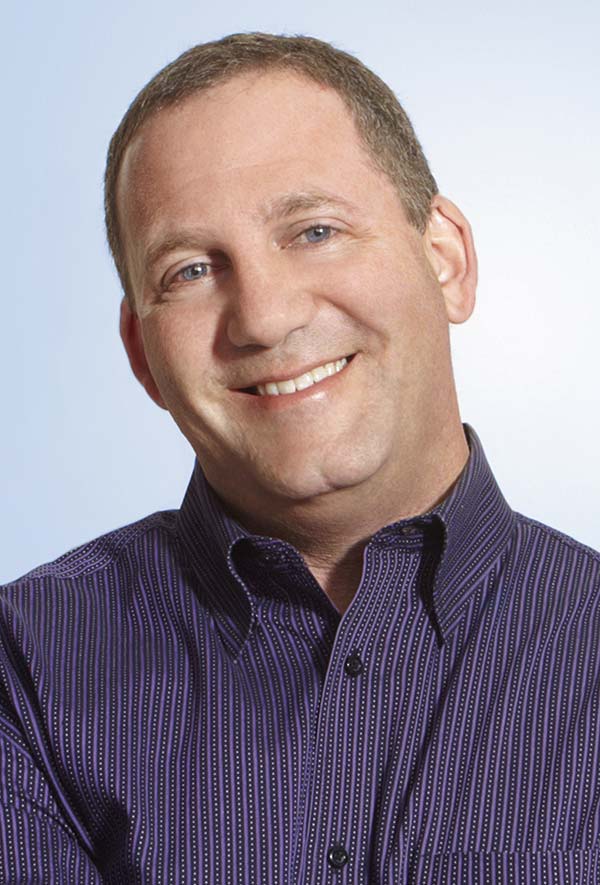 “Surrender clauses are a hidden but real cost of transacting,” says Geoffrey M. Kasselman SIOR, LEED AP, the Chicago-based executive managing director in Newmark Knight Frank’s National Industrial Practice. “So, as a potential cost center, it should be scrutinized as thoroughly as anything else that has potential dollars associated with it.”

In essence, the surrender clause is designed to revert vacating assets back to pre-move-in condition, and is essentially, as Denver-based Joe Howell describes it, a check-the-box consideration. “Eighty-five percent of the time, the language is pretty standard,” says the EVP and managing director of NAI Global Corporate Solutions. “When we review leases, we have standard base language, and as long as the language of the surrender clause measures up to that standard, it’s really just check-the-box.”

It’s when the language doesn’t measure up that troubles begin. “I consider IAMC members to be very sophisticated and suspect that they’re attentive by necessity and experienced in these kinds of clauses,” says Brian Knowles, principal of Lee & Associates’ Eastern Pennsylvania region. “But sometimes tenants can be in a hurry, and some landlords are simply more scrupulous than others.”

To that extent, “Watch out for any language that the landlord would throw in beyond the standard,” Howell advises. “We’ve seen tenants who inherited leases through acquisition before we were engaged and had the chance to review the language. And some of those leases made the tenant responsible for making everything — from rooftops and parking lots to exterior walls — return to new condition.” Howell reports that this slip of scrutiny can cost “hundreds of thousands of dollars.” 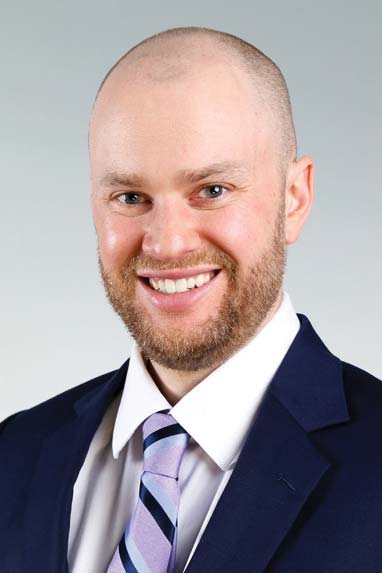 Not all the fault always accrues to the landlord. “Tenant performance varies company-to-company,” says Eric Zahniser, a senior associate in the Eastern Pennsylvania Lee & Associates office. “Some of the more sophisticated corporate real estate groups will have a very process-oriented facilities management program, whether they handle it in-house or outsource it, and some might not always stay on top of what needs to be taken care of while they’re in the lease.” Industrial space in particular can produce a high level of wear and tear over the occupancy period.

Kasselman tells the story of a recent landlord meeting he had on behalf of a client who was considering expanding into a neighboring unit. That unit was occupied by another tenant — not his, he emphasizes — that was in material default of the lease.

“They were using the space to store extremely heavy steel materials, causing the floor to fail because it wasn’t built to support that load or its movement throughout the building for months and years.” The default gave the landlord leverage to free up space to accommodate Kasselman’s client, and naturally, the defaulting tenant was responsible for footing the repair bill.

“Some of those leases made the tenant responsible for making everything — from rooftops and parking lots to exterior walls — return to new condition.”
— Joe Howell, EVP, Managing Director, NAI Global Corporate Solutions

Happily, in most agreements among professionals, the tricky language and the careless tenant seem to make up the small minority of cases. Besides, it’s a decidedly landlord’s market. In fact, according to NKF statistics, Q1 vacancy was at a cyclical low of 5%. Average asking rents, not surprisingly, rose, by 9.2% from the previous year. In this climate, owners tend to be focused more on profitability the old-fashioned way: earning it, as Howell points out.

It’s possible, he says, in California, to take advantage of the American Industrial Real Estate Association’s (AIR) lease templates, designed to pick up the speed on cut-and-dried leasing, which really means smaller deals.

It’s never wise to let one’s guard down, and our experts offer advice on how to ensure a lease that won’t come back to haunt you when you vacate.

“Negotiate as much as you can up front,” says Kasselman. “Get insights on these lease clauses from your counsel and your broker. You also need to think about what improvements are needed up front and what you might add over the life of the term. Are those improvements reusable and valuable to the next tenant? What if the improvements were placed here rather than there? Will it still work for me and have future use for the next tenant? I might also invest in things such as fiber-optic cabling and LED lighting that’ll have future utility — but how does that weigh against the cost of installing it? You have to factor in those surrender costs and do the math on the overall value proposition operationally and in terms of total cost.” 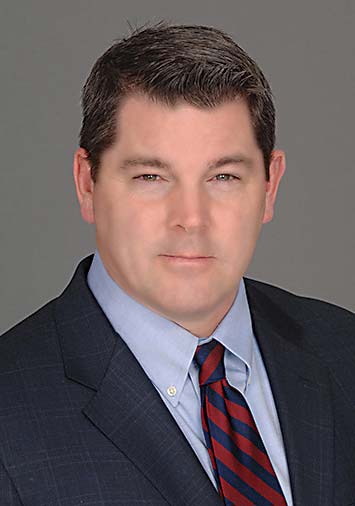 He also suggests that, when improvements are made up front as well as during the term of the lease, the tenant should require the landlord to provide written guidance about surrender expectations or obligations of such improvements … every time.

Finally, and probably most important, “Develop an ongoing and solid relationship with the landlord,” he says. “The give-and-take of that relationship will solve almost any problem at the end of the day.”