Grading the States on Logistics Health

The lead author of an annual scorecard says logistics is in a very good place as an industry. 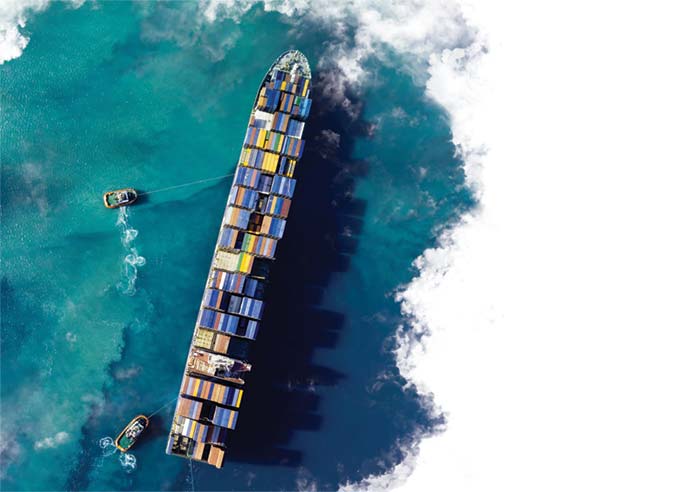 Every year around this time, the Center for Business and Economic Research (CBER) within the Miller College of Business at Ball State University in Indiana releases a set of maps grading each U.S. state on several dimensions relevant to site selection experts for the manufacturing and logistics sectors.

“The movement of goods is of central importance to the production of goods,” explain co-authors Michael J. Hicks, Srikant Devaraj and Riley Liechty in their “Manufacturing Scorecard 2019” report. “Without a robust logistics industry, manufacturing and commodity production will not occur. Logistics comprises not merely the capacity to move goods, but to store inventory and manage the distribution and processing of manufactured goods. Logistics firms depend upon many of the same factors as manufacturing firms in their location decision[s], but there is a more complex interplay between local conditions and the existing or planned transportation networks of roads, railroads, waterways, and airports.” 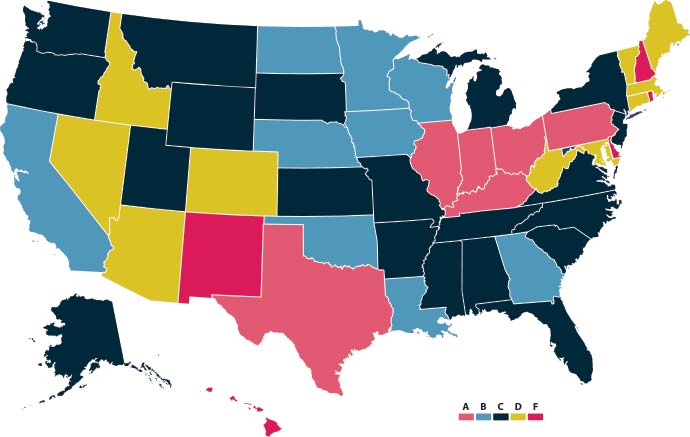 The Ball State Center for Business and Economic Research produced this report card scoring each state on the health of its logistics industry.

The CBER scorecard agrees by and large with project numbers from Site Selection and Conway Analytics. Tallying every corporate logistics or distribution center entered into Conway’s proprietary database since January 1, 2017, results in the U.S. state rankings in the chart on this page.

Nearly all of these top states earn “A”s or “B”s on the CBER scorecard, with the exceptions of No. 6 Florida and No. 7 North Carolina, which both get “C”s. At the same time, many of the “B” states (with the exception of Wisconsin) are in lower half of the 50 states when ranked by our project counts.

I asked Michael J. Hicks, director of Ball State CBER and the George & Frances Ball distinguished professor of economics in the Miller College of Business, for his observations about both sides of this picture. Should Florida and North Carolina be spending more on highways and employing more people? Conversely, should “B+” Minnesota be getting more logistics investments than it does?

“I’m pleased there seems to be correlation between the scorecard and the opening of distribution centers,” he writes in an email. “I’m not too surprised that North Carolina and Florida are outliers (lower grades, more distribution centers) since the share of logistics (out of total employment) is part of our metric. Both of those states have been growing overall pretty briskly, which might cause our measure to underrepresent emerging logistics strength in those states.

“On the flip side, it would seem Minnesota might be seeing less new investment than expected, given the strength of the sector already,” he says. “I suspect part of that is due to geography though. Minnesota surely moves goods in and out of the state, but except for Canadian trade, it won’t have a high share of transshipments.”

Indeed, being positioned as a central crossroads, courtesy of geography and centuries of history, can carry a loaded tractor-trailer’s worth of importance for a site selection. But having the right infrastructure in place — from interchanges, intermodal hubs and inland ports to container yards, air cargo aprons, cross-dock buildings, ride-share activity and 30-ft. ceilings — is something toward which every state can aspire.

“In terms of policy, logistics should be on everyone’s radar for many reasons,” says Hicks. “Assuming global trade recovers from the current trade war, we should expect to be entering a golden age in the movement of goods across international borders. That will be great for the U.S. since we are so productive. It will also mean an expansion of logistics.”

The Ball State scorecard evaluated seven other factors influencing manufacturing and logistics industry health — human capital, worker benefit costs, tax climate, expected fiscal liability gap, global reach, sector diversification, and productivity and innovation — and assigned the states letter grades for each category. But one thing the report did not do was to calculate each state’s average grade across the total of nine factors. Site Selection and Conway Analytics did, awarding different point totals for pluses and minuses. No state earns an overall “A” grade, and only four states — Indiana and Utah — earn a “B.” Above are the Top 10 by rank, with positions 5-10 all in the C+ to B- range.

E-commerce is doing its part, of course, as any number of regional market reports will confirm.

In the bi-state metro of St. Louis, for example (part of which is in A-graded and No. 1 logistics state Illinois), since 2014 more than 18 million sq. ft. of new industrial space has been constructed or is currently under construction, with over half of that space in buildings containing at least 250,000 sq. ft., according to the St. Louis Regional Real Estate Market Indicators & Workforce Statistics report released this summer by St. Louis Regional Freightway. 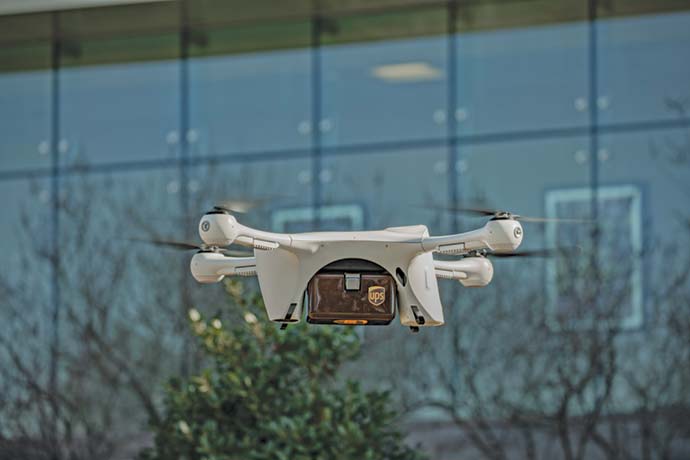 “As consumers demand faster shipping times, the St. Louis region becomes very attractive to e-commerce users,” said Katie Haywood, vice president on the Industrial & Logistics Advisory & Transaction team at CBRE. “In the past 24 months, e-commerce users and 3PLs have leased massive amounts of space.” Existing sites operated by such companies as World Wide Technology, FedEx and Medline have also expanded in the area. As vacancy hovers around record lows,” she said, “the St. Louis region is expected to deliver over 5.5 million square feet of new inventory in 2019, with more than 50% of that inventory being spec construction, a good sign that developers are not seeing a slow-down in demand.”

While seeking to position St. Louis, with triple net lease rates of $3.75 per sq. ft., as a more affordable alternative to competitor cities such as Kansas City, Louisville and Nashville, the report also identifies an ample transportation/material-moving workforce of 90,000 in the region, which it said outdistanced K.C. and Louisville.

That may be so, but Missouri gets “C”s from CBER in both its logistics and manufacturing industry health report cards. On the manufacturing side, only Iowa, Indiana, Michigan, Kentucky and South Carolina received “A” grades, though 10 states (seven in the center of the country) earned “B”s. The only “A” states for both manufacturing and logistics were Kentucky and Ball State’s home base of Indiana, which ranked 8th and 10th, respectively, in the Conway Analytics tally.

“Trade and productivity growth should continue to cause fewer (but better paid) manufacturing workers,” Hicks says, “but really boost logistics workers, from Uber/Lyft to seaborne traffic.”

U.S. Bureau of Labor Statistics numbers confirm his assertion. Transportation and warehousing employment has steadily increased over the past decade from just over 4.2 million in July 2009 to a preliminary estimate of more than 5.5 million in July 2019.

Hicks says job growth in movement of people and in movement and storage of goods has more than overcome factory job losses. “So, more focus on logistics would mean more job opportunities for workers displaced from factories, or for whom declining factory jobs means less available openings as they enter the job market.”

All of the states receiving an “A” grade for logistics are getting their fair share of investments in Amazon fulfillment centers, among other companies. But there are concerns in some quarters about the ongoing viability of the sector as a mainstay employer, given wage levels and sometimes challenging working conditions in a low unemployment environment.

Asked what Ball State and other institutions have been doing to further the logistics field or to train/certify the logistics workforce to maximize wages and salaries, Hicks says, “My colleagues at Ball State started a logistics and supply chain program and launched a research center — The Kent C. “Oz” Nelson Logistics and Supply Chain Management Center for Excellence.” Nelson, a 1959 graduate of Ball State, worked for UPS for 37 years, culminated by his role as chairman and CEO from 1989 to 1996.

“We filled the program in the first year, and saw 100% placement rates among grads,” Hicks says of the school’s logistics and supply chain track. “I’ve hired a couple of their students to work with me over the past four years, and they are getting job offers near the end of their junior years.”

The CBER scorecard counts rail and road commodity flows, but not airborne or waterborne. Moreover, when it measures per-capita infrastructure spending, it measures it on highways alone, instead of on all goods movement infrastructure. Is it simply a matter of considering highway spending the best logistics-relevant indicator?

“We excluded the waterborne traffic since it almost always would be a double count,” Hicks explains. “Few commodities arrive at a port without making it into the rail and road data (short hauls to rail do not generally make it into the highway data, so it is less of a problem there).” As for the highways-only methodology, “The highway data is probably the best single factor,” he says. “We could include the others, but the correlation was so high (like 0.95) that it is redundant.”

Did the CBER analysis weight the highway spending measure to account for northern states where weather-induced highway construction and maintenance is always higher?

“We didn’t factor in weather-related spending,” Hicks responds. “That would be a great research project though, to see what the temperature/precipitation does to road costs, holding spending constant.”

“Logistics job growth (air, water, rail, truck, wholesale, local delivery, etc.) is pretty brisk, and we should expect this sector to grow in importance,” he reiterates. “Automation will eliminate many jobs (truck drivers), but create far more new ones in the industry.”

(For full data sets from CBER’s Manufacturing Scorecards going back more than a decade, visit mfgscorecard.cberdata.org.)