A Country, a Zone & a Future: How Qatar Plans to Win 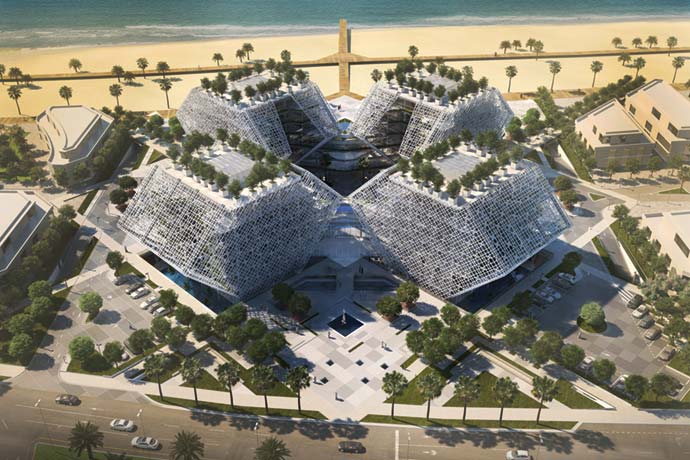 Ras Bufontas Free Zone is set to become an advanced technology and logistics hub for the region.
Rendering & photos courtesy of QFZA
by ADAM JONES-KELLEY

On an unlikely peninsula, in an unlikely part of the world, something extraordinary is happening, and the Chairman of Qatar’s Free Zones Authority makes an interesting remark:

“The embargo was probably the best thing that could have happened to us.”

The embargo he references, put in place by neighboring countries like the UAE, Bahrain, Egypt and Saudi Arabia, sought to limit Qatar’s access to the global marketplace. It did not go as planned. 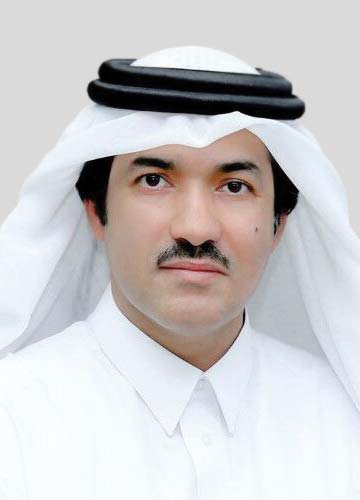 His Excellency Ahmad Al Sayed, Chairman of the Board, Qatar Free Zones Authority (QFZA), and Minister of State

A historically isolated nation used to overcoming the natural embargoes of sand and sea, Qatar has managed to look to the future despite the constraints, says His Excellency Ahmad Al Sayed, chairman of the board of directors for the Qatar Free Zones Authority (QFZA) and Minister of State, and the establishment of the free zones is just one example of his country’s resilience.

In an exclusive interview with Site Selection, Chairman Al Sayed detailed the changes taking place in Qatar and explained why their new free zones are an important part of the continued growth of the nation.

“There’s never been a more exciting time for Qatar, or more opportunities for foreign investors, particularly in our new free trade zones. We’ve developed advanced infrastructure, we offer world-class universities and a young and educated workforce and we have no restrictions on bringing in foreign workers. We offer everything corporate leaders need, backed by a $3 billion fund.”

Mr. Al Sayed’s commitment to the free zones is evident in speaking to him. He’s deeply invested in the success of these programs and, through them, his country. This isn’t “just business” with Mr. Al Sayed, it’s personal, in the best civic-minded way.

“If you’re not already here, your competitors probably are,” he says. “Let us show you why.”

We sat down to dig a little deeper.

Cutting-edge free trade zones are being developed all over the MENA [Middle East and North Africa] region. What separates Qatar’s from the rest?

His Excellency Ahmad Al Sayed, Chairman of the Board, Qatar Free Zones Authority: Our value-proposition is compelling, particularly in three areas; Qatar’s economy is world-beating, our zones authority is an independent regulatory body, ensuring a seamless process, and, in contrast to many other zones, ours are designed to best serve companies in the three sectors where Qatar has an unmatched value proposition: Logistics, Chemicals and Emerging Technology.Our new zones are filling up faster than we can build them. This isn’t just us telling you we’re an ideal place to locate — it’s foreign firms telling our story by their actions.

How will regional tensions affect the development and success of the new zones?

Chairman Al Sayed: These days there are uncertainties in trade across the globe. No one is immune. Despite that, Qatar has demonstrated a remarkable resilience that gives investors great confidence, as well as an ability to innovate and cultivate strong international partnerships. Those trends will continue. In any scenario, Qatar’s Free Zones open up access to markets both within our immediate region and further afield, providing a central base to reach North Africa, Europe and Asia.

Access to talent is perhaps the key driver of corporate expansion today. Will you offer creative workforce development programs to help attract companies?

Chairman Al Sayed: Absolutely. We will support investing companies to attract, develop and retain workers at every level, starting with our progressive work permit and visa program which allows companies to bring in workers from all over the world. That program is supplemented by Qatar’s native workforce, and the relationships we’ve established with Qatar’s world-class universities to ensure graduates have the skills specific to the needs of companies active in our zones. We will also provide formal retraining and new skills development programs to existing employees from select companies within the zones We’re benchmarking this program against similar international programs.

What would corporate leaders unfamiliar with Qatar be most surprised to learn?

Chairman Al Sayed: A few things come to mind, but perhaps top among them is the fact that the World Bank recently ranked Qatar No. 1 in the Arab World for entrepreneurship. This surprised only those who don’t know us. Qatar is a young, urban country — 99% of our residents live in towns or cities, and we have one of the world’s fastest mobile internet networks.

Chairman Al Sayed: Qatar has a robust regulatory framework based on English common law. And don’t forget that firms can enjoy 100% foreign ownership and 100% repatriation of profits. That’s a huge competitive advantage. Investors within the zone also enjoy the right to trade in any currency, and are entitled to renewable 20-year corporate and individual tax holidays.

How strong are Qatar’s IP protections, and how do they compare with other MENA countries?

Chairman Al Sayed: In 2016 Qatar became the first country in the GCC to enact a national law dedicated to data protection, which is a testament to our focus on ensuring businesses can operate with the security they need. Additionally, over the last few years Qatar enhanced these protections with a range of new laws ensuring we operate at the highest global standards of intellectual property and data privacy.

In the course of publishing this magazine for six and half decades we’ve toured many zones in many places. We’ve seen many grand plans, heard many great promises. Some come to fruition, others don’t. Sometimes, just occasionally, you get to watch a future unfold. Sometimes the grand plans are only the beginning. Watch this space.