By now, you’ve heard that California is in the midst of a housing crisis. Home to 12% of the U.S. population, the Golden State accounts for 22% of the nation’s homeless. Causes of the crisis are numerous, but among the biggest impediments to new housing is the hostility of many local governments to large-scale construction, an issue that dates back decades. Regulations are stiff and local planning commissions are not just notoriously slow, but prone to siding with naysayers, says Colin Parent, executive director of Circulate San Diego, a regional non-profit that promotes sustainable development.

“A lot of times,” Parent tells Site Selection, “land use decisions are politically difficult for elected officials to make. Often, you have people who oppose change, which is a pretty common dynamic in land use decisions. So, a lot of times, the only people who are going to support a project are the developers themselves, and everyone else who shows up to a hearing is opposed.”

Parent’s group, founded in 2009 as WalkSanDiego, is one of San Diego County’s leading organizations dedicated to advancing transit-oriented development in the region. Last year, the group launched the Circulate Mobility Certification for proposed transit-oriented projects in the San Diego region that meet a lengthy list of smart growth criteria. Planned developments that receive approval receive a certification letter, Circulate’s seal of approval and, crucially, testimony by Circulate staff at public hearings.

“Because of our certification,” says Parent, “we’re able to come in and provide a third-party review. We have experts who are credible on these issues, and that makes it easier for decision-makers to consider voting for the project, especially when it comes to projects that they might be inclined to support already, but absent our certification they may be only hearing naysayers at their hearings. One of the key reasons why we have this program set up is to bring a counterpoint to some of that negativity in cases where projects support our broader goals.”

To qualify for the Circulate Mobility Certification, a proposed project must be within a half-mile of an existing or proposed transit stop that is safely accessible by both bicyclists and pedestrians. Among other criteria, points are awarded for developments that:

Terrace Lofts, a proposed 42-unit apartment complex in Vista, some 20 miles (32 km.) north of downtown San Diego, is one of three recipients of the Mobility Certification that have recently been green-lighted by local planning boards. A project of Del Mar–based Tideline Partners, Terrace Lofts is a half-mile from two major transit stations and is within walking distance of Vista Village, a downtown district filled with pubs, cafés, art galleries and breweries. Scheduled for a November groundbreaking, the complex is to include powered storage to charge electric bikes and scooters and a shared workshop that’s perfect, says Tideline Managing Partner Lev Gershman, for bicycle repair. 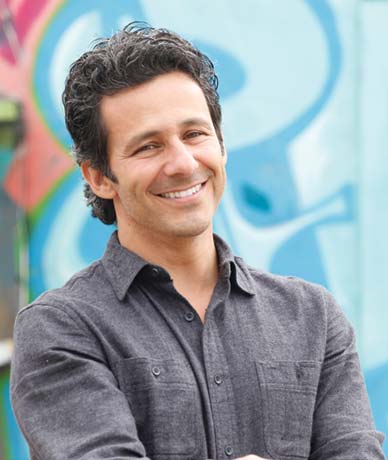 “Most renters don’t have that access to a workbench and tools, so we’re outfitting our garage with power tools. If you have a studio or a one-bedroom and you’re an avid cyclist, where do you repair your bike? It’s a kind of a social experiment and an opportunity to interact.”

In addition to helping with the permitting process, the certification, says Gershman, can serve as a powerful marketing tool.

“We have no other way to formally showcase what we’re intentionally doing in terms of location and design,” Gershman says. “So, for us, it’s equally geared toward potential tenants. It’s like being LEED certified because you care about the environment. Well, hey, we’re also Circulate certified. The Mobility Certification is gaining a lot of momentum.”

Gershman and Parent agree that suburban dwellers are increasingly seeking access to public transit and other amenities associated with major cities. Gershman calls it “urbanizing suburbs.”

“A lot of new projects are transit-oriented, but they’re not in the center of town,” Parent says. “So, there’s a growing trend of more suburban, external communities developing in ways that are considered more urban. It’s an interesting trend that we’re seeing in the development space. In many cases, people need to go farther afield because that’s where they can afford to live, but they also want the amenities that are traditionally found in urban cores.”

Says Gershman: “People are choosing to be outside of their car. What used to be an image of freedom is now a prison when you have to sit in your car for an hour and a half each day to get to and from work.”

At an Urban Land Institute symposium last fall, comments by a panel of developers and investors suggested that transit-oriented development, due in large part to the emergence of ride-sharing and the preferences of millennials, may have reached a zenith.

“Access to transportation was more important a decade ago than it is today,” said Boston Properties’ Doug Linde, as quoted on ULI’s website. “Creating a place, not just a development next to transit, is growing more critical.”

Parent agrees, up to a point.

“I think a better way to see it,” he says, “is that there’s a growing realization that walkability is really important. That’s why our application doesn’t just look at whether there’s transit nearby but includes a more qualitative evaluation of walkability and the comfort of pedestrians around those projects. I think these are compatible ideas. Walkability is becoming just as important as access to transit.”

Gershman says Terrace Lofts will be marketed toward millennials, whose inclinations, he maintains, are distinctly different from those of preceding generations.

“Younger people, both for cost reasons and socially responsible reasons, are choosing to walk and live in places where they can do that or ride their electric bikes. They’ll opt for public transit at times when they need it.”