Automation is One Thing, AI is Another

New Brookings analysis shows which areas of the country are most and least exposed. 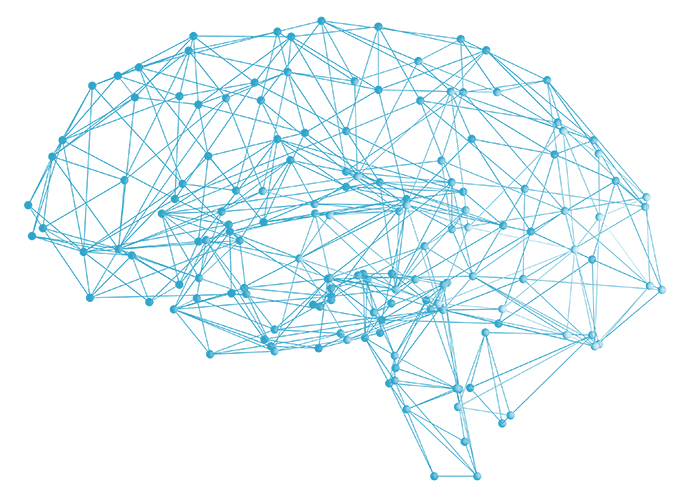 A key takeaway of a report on AI and automation released in 2019 by the Brookings Institution was “the vulnerable will be the most vulnerable” and that higher-wage, better-educated workers will largely make out all right as automation spreads. But what about artificial intelligence (AI), the increasingly powerful form of digital automation using machines that can learn, reason and act for themselves?

A new report from Brookings uses a method developed by Stanford University Ph.D. student Michael Webb to identify the kinds of tasks and occupations likely to be affected by particular AI capabilities to do further analysis of which types of jobs and which areas of the U.S. could be most exposed to AI. “Where the robotics and software that dominate the automation field seem mostly to involve ‘routine’ or ‘rule-based’ tasks (and thus lower- or middle-pay roles),” write Mark Muro, Jacob Whiton, and Rob Maxim of Brookings, “AI’s distinctive capacities suggest that higher-wage occupations will be some of the most exposed.”

Where will AI potentially inflict the most damage or, conversely, have the least impact? Here’s their analysis of AI’s geographic footprint:

An initial look at the state-level exposure map suggests, right off, that the nation’s eastern heartland — sweeping from Wisconsin and Michigan though Indiana, Kentucky, and into Alabama and Georgia — will be heavily involved with AI given its association with manufacturing, which is increasingly linked with machine learning and related applications. At the same time, significant additional exposure can be discerned along the high-tech and managerial Boston-Washington, D.C., corridor as well as in Washington state and California.

Much of this map is familiar to earlier mappings of automation’s impact, with two exceptions. Nevada has flipped from being one of the most exposed states to one of the least, since AI is much less likely to disrupt the accommodation and food services sectors. Conversely, Washington state has moved in the other direction and is highly exposed to AI, which surely has to do with its specializations in both advanced manufacturing and technology in and around Seattle.

Looking now at community types, more reversals surface. Contrary to the automation maps, for example, the present AI analysis reveals that smaller, more rural communities are significantly less exposed to technological disruption than larger, denser urban ones. This likely reflects the basic urban geography of the information, technology, and professional-managerial economy, with its orientation toward analytics, prediction, and strategy — all susceptible to AI solutions.

Among the most AI-exposed large metro areas are San Jose, California; Seattle; Salt Lake City and Ogden, Utah — all high-tech centers — along with agriculture and logistics hub Bakersfield, California, and manufacturing centers Greenville, South Carolina; Detroit; and Louisville, Kentucky. Filling out the high-exposure end of the full list are manufacturing places (Elkhart-Goshen, Indiana; Dalton, Georgia; and Columbus, Indiana), agricultural centers such as Madera and Salinas, California, and high-tech concentrations including Boulder, Colorado, and Huntsville, Alabama.

Places that appear most disconnected from AI are heavily concentrated in the Sun Belt. They range from bigger, service-oriented metro areas such as El Paso, Texas; Las Vegas, and Daytona Beach, Florida, to smaller, “leisure” communities including Hilton Head and Myrtle Beach, South Carolina, and Ocean City, New Jersey. These metro areas lie far from manufacturing and technical-managerial regions, and focus on providing low-tech, AI-free interpersonal services to the leisure class.

Exposure doesn’t necessarily mean substitution. AI may well complement human work in many of the highlighted occupations and regions. But it will likely be disruptive and require change and adjustment.

For the full analysis, visit brookings.edu.


Wisconsin Excels at Logistics, and Companies are Taking Notice

From Wisconsin’s central location in the Midwest, 40% of U.S. and Canadian manufacturers are reachable within a day’s drive. Wisconsin’s roads, railways and ports provide seamless, convenient access to the world’s busiest multimodal transportation hub, located just 55 miles south of the state’s border. With 13 commercial ports, eight commercial airports and three foreign trade zones within the state’s borders, Wisconsin offers easy access to markets worldwide — a fact that Green Bay–based Schneider, for one, takes advantage of, with the company’s truckload, intermodal and logistics services producing enough mileage to circle the globe 400 times each day. With its prime location and robust infrastructure, Wisconsin provides a foundation for companies’ success — but it has built on that foundation to provide even greater success factors.

Wisconsin is making significant investments in talent and workforce development to help employers deal with a tight labor market by equipping workers with the skills that are needed. It’s what Governor Evers refers to as “connecting the dots.” For example, the Wisconsin Economic Development Corporation (WEDC) provides grant support for fabrication laboratories in public schools, enabling students to solve real-world problems and the science, technology, engineering, art and math (STEAM) with the skills they are learning in the classroom. Wisconsin’s technical college system has active collaborations and open lines of communication with employers, so program offerings are well aligned with employer needs. And the new Higher Education Regional Alliance brings together two-year and four-year colleges to ensure they are pursuing a unified strategy. In addition to developing the workforce within the state, Wisconsin is also attracting skilled workers from outside the state, including military veterans as they conclude their service.

Wisconsin’s well-developed supply chain means companies that decide to locate here can get up and running quickly — and a new tool makes it easier for companies to tap into that supply chain. The Wisconsin Supplier Network (wisconsinsuppliernetwork.com) connects original equipment manufacturers (OEMs) with suppliers via a searchable online database that allows OEMs to filter based on specific criteria and narrow the list to suppliers that meet specific needs.

Wisconsin’s infrastructure strengths benefit businesses of all types, but companies within the logistics sector in particular are recognizing this excellence with their decisions to locate here. Amazon opened a $250 million distribution and fulfillment center on Kenosha in 2014; another distribution and fulfillment center, this one with $200 million in capital investment, is being constructed in Oak Creek with a projected 2020 opening date; and the company has received preliminary approvals for a 1 million-square-foot distribution center in Beloit. Uline, a distributor of shipping, packaging and industrial materials, relocated from Illinois to Pleasant Prairie in 2010. In 2019, the company announced expansion plans encompassing more than 1.5 million square feet of new space in two distribution centers in Kenosha. Both of these companies have received tax incentives from the State of Wisconsin in exchange for job creation and capital investment.

Wisconsin is also fertile ground for startups in the logistics sector, as new companies benefit from the presence of talent with relevant skills and larger logistics companies serve as test cases for their technologies. Madison-based SwanLeap, which uses a proprietary artificial intelligence platform to help large manufacturers and other clients optimize their supply chains and save money on shipping, was Inc.’s No. 1 fastest-growing company in the U.S. in 2018. Green Bay–based MatchBack Systems, which reduces costs and environmental impacts by matching shipping containers empty after delivery with nearby goods awaiting shipment, has received local, state and national awards for its innovative software.

Leveraging the latest technologies gives manufacturers a competitive advantage. Recognizing that keeping pace with ever-evolving technology requires investment of time and resources, Wisconsin has taken steps to help companies stay up to speed. The Transformational Productivity Initiative (transformationalproductivity.org) offers a set of tools and delivery systems to help manufacturers assess and prioritize actions to increase their productivity via basic process improvements and management best practices, as well as the integration of automation and digital technologies. The Connected Systems Institute at the University of Wisconsin-Milwaukee — a multidisciplinary collaboration with Rockwell Automation, Microsoft, WEDC and other industry leaders—offers physical space for companies and researchers alike to test new concepts, solve problems and share ideas.

Gateway Technical College, which has nine campuses in southeastern Wisconsin, recently broke ground on an $11.5 million expansion of its SC Johnson Integrated Manufacturing and Engineering Technology (iMET) Center, creating a world-class installation of Industry 4.0 to prepare students for the high-tech manufacturing jobs of today and tomorrow. And Wisconsin is one of 10 U.S. states selected to take part in the Policy Academy on Strengthening Your State’s Manufacturers, a year-long program offered by the National Institute of Standards and Technology.

Wisconsin’s collaborative approach to cluster development constitutes a different kind of infrastructure. Within these thriving clusters, existing companies and new players alike can connect into a built-in supply chain, workforce and entrepreneurial ecosystem. This virtual infrastructure operates alongside the well-established physical infrastructure to offer well-rounded support for manufacturers of all kinds.

When luxury electric auto manufacturer Karma Automotive selected a new site for its state-of-the-art manufacturing plant in 2017, executives knew there was only one choice: the City of Moreno Valley, California. This year, Karma invested $100 million to rebrand its Moreno Valley facility to the Karma Innovation and Customization Center (KICC), which will house production of the 2020 Revero.

Situated in the Inland Empire, one of the fastest-growing regions in the United States, Moreno Valley is only

an hour away from Los Angeles, Orange and San Diego counties and less than three hours to Nevada, Arizona and Mexico.

Riverside County’s hospital headquarters is located in Moreno Valley, along with Kaiser Permanente. Both campuses are expanding their facilities to meet strong regional demand.

The housing market is booming, too. More than 7,000 single and multi-family units are under construction.

Moreno Valley’s ideal location, business friendly atmosphere and motivated workforce are why Karma Automotive and so many Fortune 500 companies have made it their home. For more information, visit www.MorenoValleyBusiness.com or call (951) 413-3460.