Free zones in this Caribbean country make giving back to their communities a competitive edge in attracting investment. 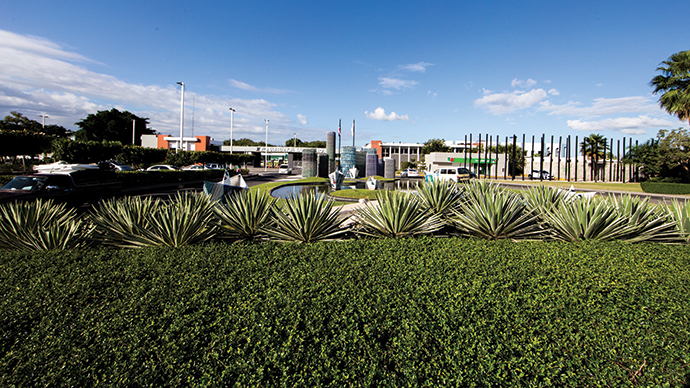 Hundreds of international businesses will tell you the Dominican Republic isn’t just for vacation anymore. The more than 700 companies operating in the Caribbean country’s 74 free trade zones will tell you that’s been the case for the past 50 years. August 2019 marked the golden anniversary of free zones in the Dominican Republic, giving national and business leaders an opportunity to reflect on their importance to the national economy. The free zones support more than 171,000 direct local jobs, after all, and are responsible for 9% of foreign direct investment into the country.

“Much of the sustained growth of our economy is due to the free zone sector,” noted Danilo Medina, President of the Dominican Republic, at an event on August 12th at the Salon las Cariátides of the National Palace in Santo Domingo marking the 50th anniversary. “We are a country with great openness, commercial exposure and a privileged geographical location, whose economic growth depends, to a large extent, on export.” 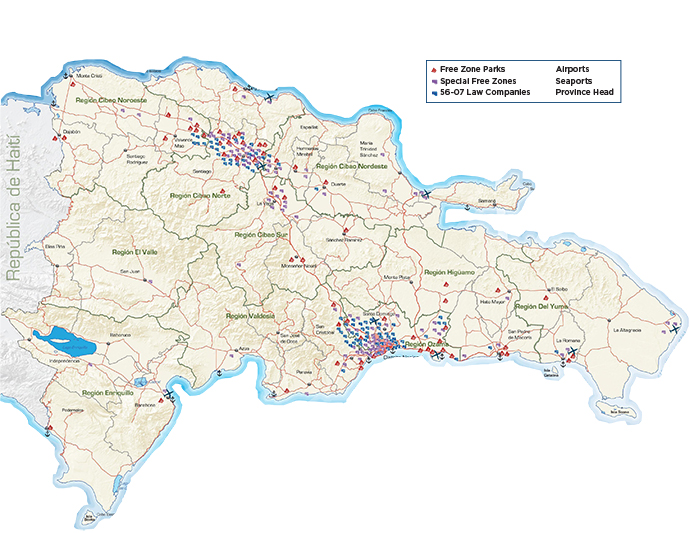 At the same event President Medina awarded Ms. Fernández with the country’s highest honor given to a public servant for her “exemplary service and dedication to the steadfast growth of the country’s globally recognized Free Zone program.” For 41 years she has helped elevate and accelerate the global growth of the National Free Zones program.

Hard and Soft Incentives in Abundance 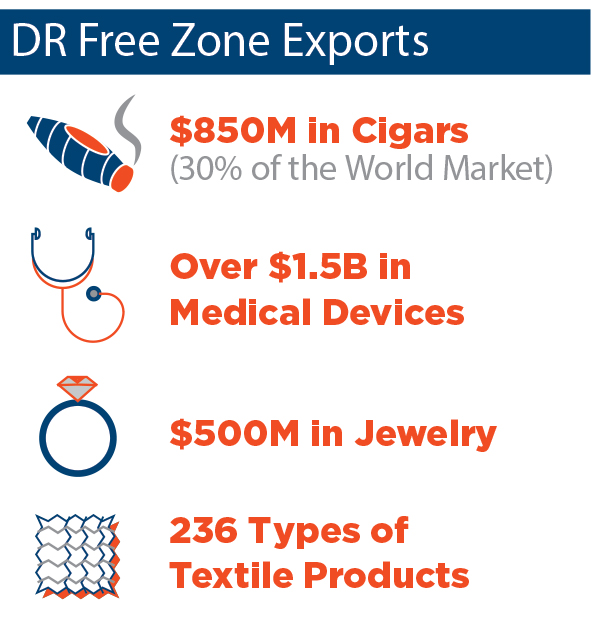 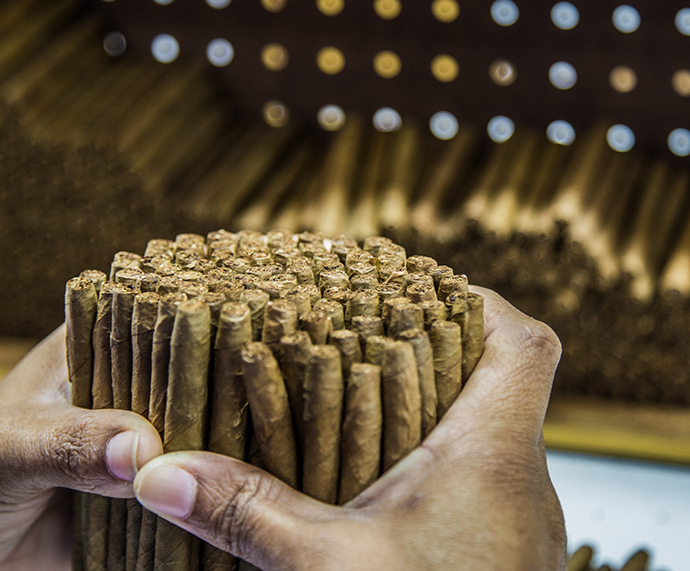 It’s a great situation for the companies locating in one of the free zones, which can be found throughout the Dominican Republic, from Monte Cristi on the northwest coast to La Romana on the southeast coast — both of which feature seaports. Most free zones are clustered within 30 kilometers of Santo Domingo and within 50 kilometers of Santiago, the country’s second largest city and the fourth largest in the Caribbean.

It sounds like a one-way street, where the companies in the zones are the beneficiaries. But the zones give back to the locations they’re in just as significantly. They are the chief providers of social, medical, educational and professional services in their environments. Programs they organize benefit the whole community, not just the employees. Many zones are designed not just to accommodate manufacturing and distribution facilities, but with a longer-term vision that includes large tracts of green space, community centers, parks, renewable energy and wastewater treatment plants, fire and other emergency services and business acceleration facilities. State-of-the-art infrastructure in most cases links businesses and residents to airports, seaports and other destinations.

They provide these services because everyone benefits, to be sure. But any one free zone is competing with 73 others for investment; park amenities and programs make them more competitive. Soft incentives, too, make parks attractive locations beyond the tax exemptions. These include services companies would contract for on their own in many cases, increasing business costs. These can include staff recruiting, assistance with business entity establishment and operating licenses, engineering and construction expertise, utilities and infrastructure, landscaping and safety services, on-site customs processing, third party logistics services, payroll and third-party payments, food service and customized training programs.

Best Logistics Location in the Americas

Free zones in the Dominican Republic are home to a wide variety of companies making products including candles, clothing, footwear, jewelry and electronics. But medical devices and equipment is the leading industry represented in the free zones in terms of exports. Medical and surgical equipment manufactured in the Dominican Republic contributed 24.5% of the nearly $47 billion exported in the last nine years. As of June 2019, 33 medical device companies were operating in the free zones, representing 4.9% of total companies in production. These companies provide 24,342 direct jobs, and accumulated investment through 2018 was $1.3 billion, representing 27% of overall investments that totaled $4.9 billion.

Edwards Lifesciences, a leading maker of heart valves, catheters and other equipment, manufactures in the ITABO Industrial Park in the Haina Industrial Free Zone. New cold storage facilities were recently installed at the Rio Haina Port, which also has an inspection station to remove that step when cargo reaches its destination in the U.S. Medtronic, Fresenius Kabi, ConvaTec, Johnson & Johnson and many other medical device companies in the free zones are taking advantage of the Dominican Republic’s ideal location in the middle of the Americas. The medical device industry exports 80% of its production to the U.S. The rest is exported to 65 countries around the world. Haina and the other free zones, many of which also have ports, are equidistant to the U.S. and South America, and are in the heart of the Caribbean.

“We are a country with great openness, commercial exposure and a privileged geographical location, whose economic growth depends, to a large extent, on export.”
— Dominican Republic President Danilo Medina

These location advantages are attracting global port operators, too. Dubai-based DP World, the fourth largest container operator in the world, is expanding a logistics park at its Caucedo deep-sea port 25 kilometers east of Santo Domingo. It sees global supply chain potential at the site and intends to have the infrastructure in place when more companies discover the location and cost advantages the Dominican Republic free zones make available.

This Investment Profile was prepared under the auspices of the Dominican Republic’s National Council of Export Free Zones. For more information visit www.drfreezones.com.