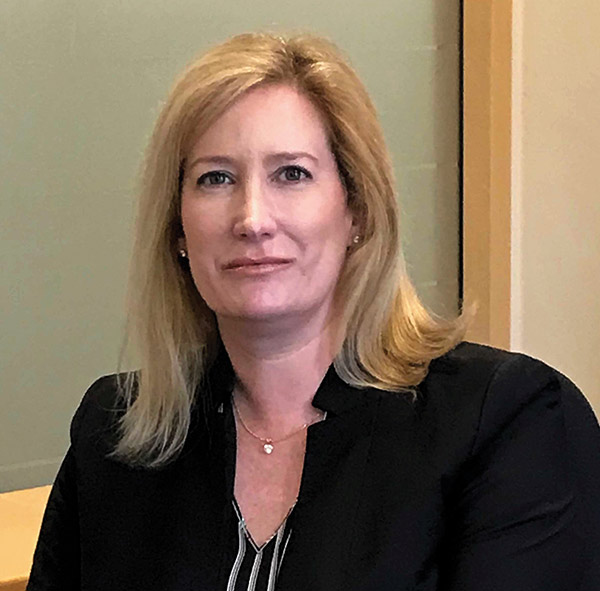 I’ve been attending Professional Forums since the fall of 2012 in Omaha, Nebraska.

I remember the inspirational speaker there was Erik Weihenmayer, the first blind person to climb Mount Everest. Since Omaha, Professional Forums have evolved from events principally offering high-level, high-value networking toward conferences that include, as well, an array of current-issue CRE professional development programs. Today, we still have the best of the past but with new education offerings that are the key to our future.

We’re very excited about the spring 2020 Biloxi Professional Forum program portfolio. As I mentioned in my last letter, industry icon Bill Concannon of CBRE will address the Tuesday afternoon general session on the expansion of CRE outsourcing capabilities, which he was on the forefront of early in his career.

In addition, the Forum will feature some updates and new elements. For example, we’ve refreshed the format for the venerable Info Exchange with an upfront presentation by an expert on antiterrorism and active-shooter scenarios to lay out a base of information for the follow-on table discussions. Aric Mutchnick, President/CEO, Experior Group, will kick off the discussions. And at the Monday lunch, we’ll present a program on “industrial real estate career paths for women” with a panel of women leaders from the Corporate, Economic Developer and Service Provider membership groups.

The Sunday Corporate-member programs will include Research Roundtable on “Innovation in the CRE Space,” and four Interest Group sessions on “Warehouse and DC Robotic Automation,” “Real Estate Taxes — Planning, Auditing and Appealing,” “Facility Management Performance Metrics,” and “ASC 842 Roadmap and Lessons from the Trenches.”

On Tuesday, we’ll offer a slate of eight CRE professional development workshops. A program entitled “Last Mile Logistics & Multi-Story DCs; Nowhere to Go but Up,” will be moderated by Eric Zahniser of Lee & Associates. “How CRE Professionals Can Innovatively Contribute to Their Organization’s Sustainability Program Goals” will be delivered by Jay Womack and Blaine Rothauser, both of GZA GeoEnvironmental. A pair of technology-focused workshops will deal with “AI Applications for CRE” and “How Autonomous Vehicles Will Change Industrial Real Estate.” A program entitled “Lean Integrated Project Delivery” will be presented by Greg Fox of Miller-Valentine Group. Note that most, if not all, of these sessions will have Corporate member panelists to add color and commentary.

In addition to the plentiful professional development offerings, the Biloxi Forum will deliver two fine leadership programs Sunday morning. The Leadership Seminar is entitled “The Science of Emotional Intelligence — The Missing Ingredient Behind Building A Highly Engaged Organizational Culture” by Sara Ross, director of innovation for the Institute for Health and Human Potential. And the concurrent College of Fellows Leadership Masterclass is “Leadership from the Mission Control Room to the Board Room” by Paul Sean Hill, a 25-year veteran of NASA’s iconic mission control.

For many Professional Forum attendees, the event’s pièce de résistance is the carefully curated selection of inspirational and motivational speakers we routinely deliver. In Biloxi, the Monday opener is Jesse Itzler, author of “Living with a SEAL,” co-founder of Marquis Jet, and an owner of the Atlanta Hawks. He will speak on “Build Your Life Resume.” Economist Bernard Baumohl will address the Tuesday morning general session on “Does This Economic Cycle Still Have Legs? What Are the Risks and Opportunities Ahead?” And the Wednesday closer is Paralympic Games ski medalist and Rhodes Scholar Bonnie St. John, who’ll talk about “Beyond the Lone Ranger, Listerine and the Energizer Bunny — The New Meaning of Perseverance.”

The Milwaukee Professional Forum had the highest-rated CRE education programs ever, according to the attendee satisfaction surveys. I believe the professional development sessions in Biloxi could be even better. But they won’t do you any good unless you’re there. Please look at your calendar, block out May 2-6, 2019, and sign up online. To register, go to IAMC.org. Then you’ll automatically receive by email a link for securing your hotel room.

I’ll look forward to seeing you in Biloxi.


Construction Permitting:  All Hands On Deck!

There’s a great equalizer in industrial real estate construction. It’s the local municipality. Run afoul of local expectations on construction, and no matter what you bring to the table, delays, extra costs and change orders will ensue.

But there’s also a solution that could head such hassles off at the pass: Partnerships. It’s no surprise that IAMC vendor members advocate for saddling up with an expert third party — but so do the corporate members, be they multinational firms with expansive real estate needs or the small, highly specialized player. Let’s look at the larger operator first.

“The most challenging part from a permitting aspect is the uniqueness of each municipality,” says Tony Katzer, senior director for industrial real estate & construction for Walmart in Bentonville, Arkansas. “What is acceptable in one may not be acceptable to another.” He offers up such variables as sprinkler requirements or California’s various seismic expectations.

To get out ahead of the permitting process, Walmart engages a team of in-house experts on local economic development issues as well as outside, local architectural and civil engineering consultants. Together, “we try to identify and mitigate any issues that we know the municipality may require,” Katzer says. 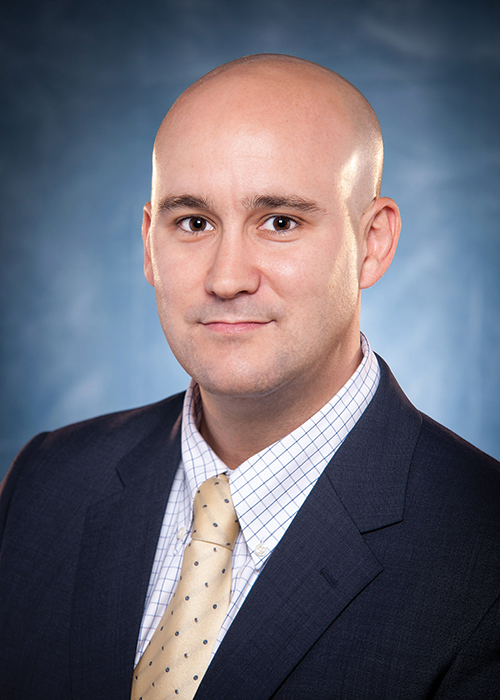 That local civil engineering contact is vital, says Michael Russell, CEO of Reno, Nevada–based United Construction. “They already have relationships with the local jurisdictions,” he explains. “They have a standing in the community, and they understand what the jurisdictional requirements are.”

Also on Russell’s list are the local utilities. It’s all part of early due diligence, he says. “If you don’t do your homework, you may end up spending significant dollars to run a utility line to the site or upgrading the adjacent utility infrastructure.”

Toward that end, it’s necessary to meet with all interested parties to forestall downstream problems. “It’s critical that face-to-face discussions happen with the ultimate approving parties for a permit,” says Katzer.

Those upfront meetings also form the platform for education on Walmart goals, thus aligning those goals with local interests. “There’s automation in some of the facilities we’re building now,” he says, “and many municipalities haven’t yet seen this level of complexity. When you start talking about facilities with clear heights north of the traditional 40 feet and automation, it becomes critical for us to educate the authorities on our goals and define their concerns on the front end.”

With the in-house knowledge already at work, there’s a pretty good chance that the Walmart team comes prepared to show how those concerns have already been met. Otherwise, “We can discuss compromises that make sense for all parties.” 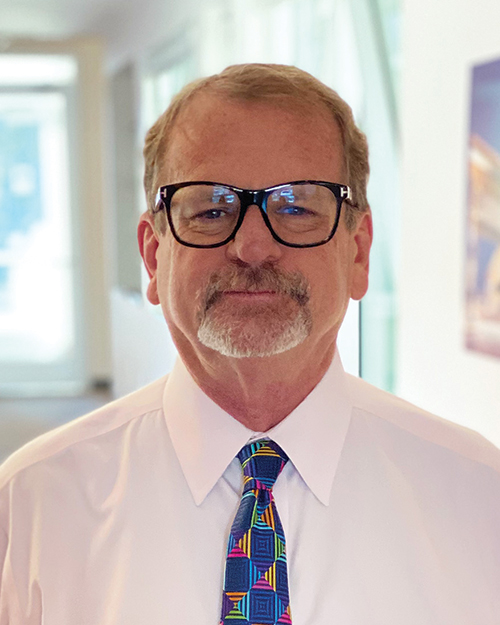 Russell agrees on the importance of teamwork, and the earlier the better. “We collaborate with our customers from day one on all our projects, but it’s most critical on design/build projects,” he says, adding that there can be a favorable 10% price differential with design/build projects where all team members are aligned from the get-go.

Of course, a vital part of that all-hands-on-deck strategy, he says, is making sure the occupier’s point person is up to the task. That means internal pros who understand construction. Russell says he insists on weekly meetings with all involved parties to stay ahead of potential hurdles. To make that happen, “you need people on board who can make decisions in a timely way,” he says.

A Team of One

If partnerships are critical to operations the size of Walmart, imagine the row Chad Freeman has to hoe. Freeman is director of corporate development for Henningsen Cold Storage, a Hillsboro, Oregon–based developer of owner-occupied, temperature-controlled facilities. Nothing Henningsen does is done on spec.

Freeman’s charge is to build out the firm’s national footprint, currently at 2.2 million sq. ft. of owned properties. “My job is to identify and build new opportunities, which includes building, mergers and acquisitions and new concepts and business ventures.” He is part of a three-person staff, including sales. “But if we’re talking development, it’s me.” 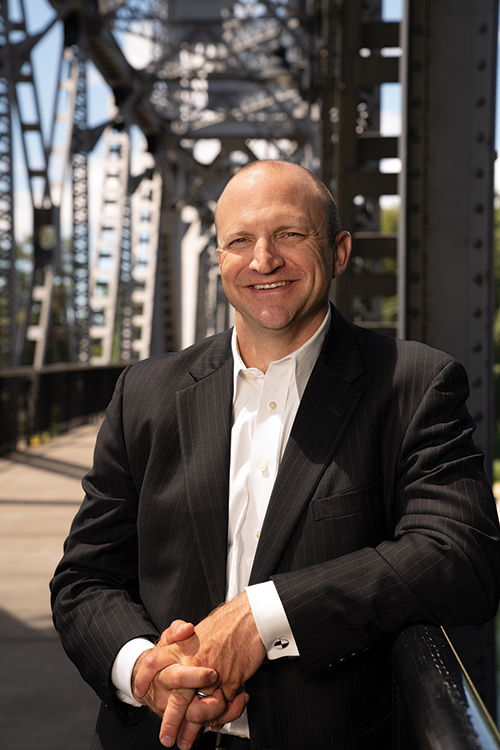 Well, him and lots of consultants in this highly specialized industrial niche. “It’s amazing how much time permitting can add to a project,” he says. “Every day brings another chance for something else to go wrong. The time uncertainty is the biggest stress.”

So, with an in-house team of one, “we outsource,” he says. “Our buildings are so complicated that we’ve been using the same contractor to oversee projects with local vendors.” That contractor also manages much of the permitting.

As mentioned, economic development input is also important, but it’s cherry-picked. “I’m biased,” says Freeman. “I spent the last 10 years in economic development, so I have a good idea of their strengths and weaknesses as development partners, and I try to put them into a position of being successful.”

By that he means knowing what to ask and what to expect. “They’ve always been an asset in terms of topline research, such as market stats and local knowledge,” he says. “So, we ask them for things they can realistically deliver. They’re not the ones to ask for help with contractors.”

Like Walmart, it’s also vital for Henningsen to get local officials on its side. So education, upfront and early, is key. “We’re coming into a community and helping provide jobs,” he says. “We’re part of the ecosystem. Helping EDCs understand that is essential. Helping them tell this story to their bosses helps them and sets them up for success.”

For Walmart, Katzer says he’s satisfied with the support of the firm’s in-house economic development team. But he will engage local EDCs as necessary, and he uses IAMC Professional Forums to connect on future plans with its EDC members.

“Our in-house group attends IAMC with us,” he says, “and we’ll use that time to set up private meetings to build those relationships with local economic development folks based on certain geographic areas we’re targeting.”

In all, transparency and communication — starting before shovels hit the ground and continuing throughout the project — are what eases not just the permitting process, but indeed the entire build. And it’s a game everyone needs to play, in-house pros and all local stakeholders.

“Engage the professionals, hire people you can trust and let them do their work,” Katzer says. “Encourage them to interact on the front end with the local municipality so you can all grow together.”

That, he says, is the key to managing an efficient permitting process.