The City of Durban (eThekwini Municipality) is South Africa’s second-most important industrial region after Johannesburg. With a population approaching 3.9 million, the city in the heart of KwaZulu-Natal province has been honored by Mercer Consulting among the top five for quality of living across the entire Africa-Middle East region.

A major factor behind high-quality living is high-value economic development. In Durban’s case, that means strong trends in six target sectors, which include logistics & logistics management; life sciences; agri-processing; ICT & BPO; and tourism asset development. But the automotive and allied industries continue to be the prime movers. 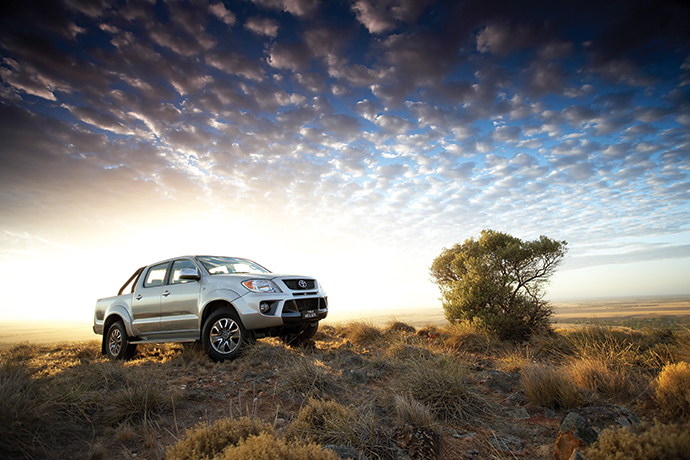 Among the vehicles made by Toyota South Africa Motors at its Prospecton plant in Durban, launched in 1962, is the Hilux “bakkie” or pickup truck, known for its performance in the famous Dakar rally, and made in Durban since 1976.
Photo courtesy of Toyota Motor Corp.

Toyota South Africa Motors (TSAM) first started assembling vehicles at its Prospecton plant in Durban in 1962. The company is investing more than US$166 million to make a yet-to-be-named new passenger car at the site, which today has a capacity of 136,000 vehicles per year.

“Last year, government and stakeholders adopted an automotive master plan, aiming to achieve 1% of global vehicle production by 2035 [from 600,000 units today to almost 1.4 million units a year] and increase local content from the current 39% to 60%,” Minister Patel said in October. The South African Automotive Masterplan (SAAM) aims to double employment in the value chain from current levels to about 224,000.

Durban plays a key role in that national plan. TSAM’s local value addition of the Hiace model has brought the equivalent of more than $30 million into the local economy and added 80 jobs. Such progress in cultivating local companies has led to the introduction of knock-down production for export. Global Indian carmaker Mahindra in May 2018 launched its own semi-knockdown assembly plant in Durban’s Dube TradePort Special Economic Zone. The company’s long-term goal is to serve all of Africa.

Long-term thinking is important to the Durban Automotive Cluster (DAC), the public-private partnership whose funding is overseen by the Economic Development and Invest Durban Units of the eThekwini Municipality. Cluster facilitation services are provided by an independent team from B&M Analysts.

“Durban boasts a range of features that make it an attractive automotive investment destination and a compelling business destination,” says DAC facilitator John White of B&M, noting the area has more than 70 component manufacturers, “has a highly supportive local government which understands the value of the sector to the local and national economy, and importantly, is of global, regional and national importance as a logistics hub.”

Total direct and indirect auto sector employment in the Durban region adds up to 68,000 jobs.

The Port of Durban accounts for 60% of the country’s imports and exports and is Africa’s busiest vehicle port. The rail freight network carries 7 million metric tons of transit cargo per year, and the road network provides the shortest and quickest route from the port to Gauteng (the key economic region of the country and continent) and beyond into Sub-Saharan Africa, says White.

Durban also “boasts the fastest growing aerotropolis in the country,” including the award-winning Dube TradePort Special Economic Zone and its southern extension in the form of the KwaZulu-Natal Automotive Supplier Park.

In September, a 50-year Durban Aerotropolis Master Plan was unveiled, encompassing 32,000 hectares (79,000 acres) around King Shaka International Airport. Fifty-year goals include 750,000 new jobs and up to $69 billion in investment.

The DAC has developed a learning ladder which delivers valuable skills upgrading interventions at each level of the organizational hierarchy, from youth workplace entry, to operators, graduates, middle managers and all the way to the executive level.

To support the attainment of the SAAM, the National Association of Automobile Manufacturers of South Africa has developed a five-year plan that includes more than $2.7 billion in investment pledges by OEMs and more than $1.3 billion by component manufacturers.