Reach for the Sky

Automotive technology has given rise to a potent aerospace industry. 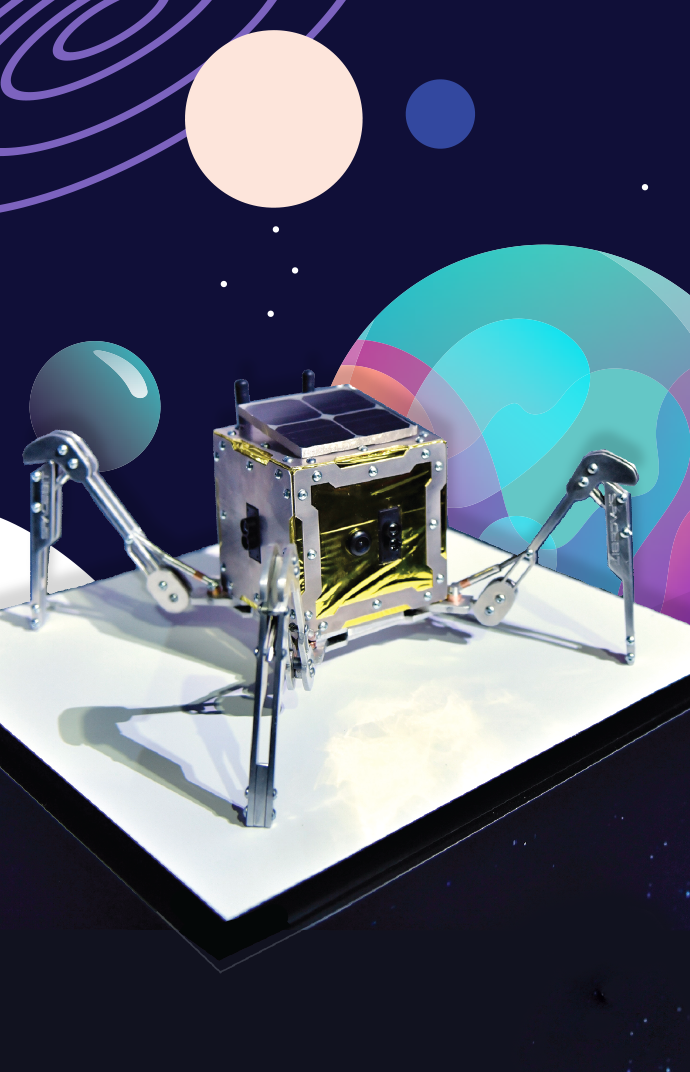 But in the accelerating era of commercial space flight, so do such abstractions as lava tubes, polar orbits and smallsat propulsion systems.

The state widely known as the capital of the auto industry has emerged as a leader in aerospace, and that’s no coincidence.

“What you find is there are a lot of synergies between aerospace and the automotive industry,” says Scott Thompson, aerospace and defense leader for PricewaterhouseCooper, which recently ranked Michigan as the No. 4 state in the country for aerospace manufacturing attractiveness.

Thompson notes that aerospace and automotive “can borrow from one another. Both are involved in advanced manufacturing, 3D printing, electrical components and electrical propulsion. There’s a good crossover in the workforce as well.”

Surveys by the Aerospace Industry Association of Michigan have identified nearly 1,000 aerospace companies active in the state, including industry leaders such as Northrop Grumman, Pratt & Whitney, GE Aviation and Eaton Aerospace Group. But pioneering innovations are being forged by lesser-known enterprises, too. Here are three of many Michigan ventures with cosmic ambitions.

From the Far North

Michigan’s Up-and-Coming Company of the year, as designated by the Michigan Venture Capital Association, is a 15-employee maker of satellite propulsion systems in the small town of Houghton on the remote Upper Peninsula. A spin-off grounded in research from Houghton’s Michigan Technological University, Orbion Space Technology is spearheading mass production of a plasma propulsion system for small satellites.

By accomplishing mass production, Orbion plans not only to shrink the current prohibitive cost, but to supply the exploding smallsat market, which is projected to exceed to $62 billion by 2030. The company recently announced that it had received $9.2 million in Series A funding led by venture capital firm Material Impact, joined by Invest Michigan, Invest Detroit and Ann Arbor Spark.

Orbion CEO Brad King is a longstanding professor of space systems at Michigan Tech, a national leader in the advancement of spacecraft technology. Michigan Tech students designed and built a research satellite, the Oculus-ASR, that was launched into orbit in June by a SpaceX Falcon. Michigan’s aerospace workforce is also bolstered by Andrews University, Western Michigan University and the University of Michigan Ann Arbor, home to the oldest aerospace engineering program in the country.

When Astrobotic’s Peregrine lunar lander touches down next year on the moon, it’s to deploy a tiny, four-legged rover for what’s essentially a test drive. Spacebit, the rover’s ambitious British manufacturer, recently opened an office in Lansing to inaugurate what it calls its “Michigan Strategy.”

The aim, says Chuck Lauer, Spacebit’s chief development officer, is to stake a claim within the Michigan space ecosystem.

“We’re trying to be a part of that system to take advantage of some of the engineering and supply chain advantages that are available here,” Lauer tells Site Selection. Michigan, says Lauer, holds out “huge opportunity.”

Should the spider-like rover’s trial run prove successful, Spacebit plans to mount a follow-up mission in 2023 that’s truly mind-bending. A small pack of robots would enter a cave-like lunar lava tube to assess its viability as a human habitat and to prospect for potentially valuable minerals.

“We’ll map the cave with a 3D laser scanner and come back with the ground truth,” Lauer says. “You have to go beyond the sensor data you get from an orbiting satellite. You have to go down there and grab it.”

Lauer says the rover missions are just the beginning for Spacebit.

“What we really want to do is build a lunar commerce ecosystem. For that, we are going to be dealing with autonomous systems and AI, additive manufacturing, 3D printing and those kinds of things. There’s no better place to find those things than in Michigan.”

Looking for a Boost

The Michigan Launch Initiative, founded three years ago, is in the final stages of site selection for a planned, private spaceport that would boost satellites into polar earth orbit. Potential locations, all in remote areas of northern Michigan, include three former Air Force bases with 12,000-ft. (3,650-m.) runways and access to restricted airspace for both vertical and horizontal launches.

The project, which requires FAA approval, is led by Gavin Brown, executive director of the Michigan Space Manufacturers Association. Brown says the proposed facility could create hundreds of jobs and draw millions of dollars of investment.

“We’re building out not just a launch facility, but we’re also looking at how to create the whole support system around it. We’ll need a supply chain that includes production, assembly, technology, tracking, lots of things. We want to demonstrate that this is an industry that can be supported not by tax dollars but by business and commercial ventures.”

Brown, like Lauer, is bullish on Michigan’s prospects in era of commercial space exploration.

“Michigan is not just about automotive and manufacturing. What it really is about is technology, not only for manufacturing, but for technologies like cyber and artificial intelligence. All of these are the components that you need to be in the space industry. It bodes well for Michigan being a space leader.