Put Me In, Coach

These 10 cities are ready for the big time. They just need to act like it. 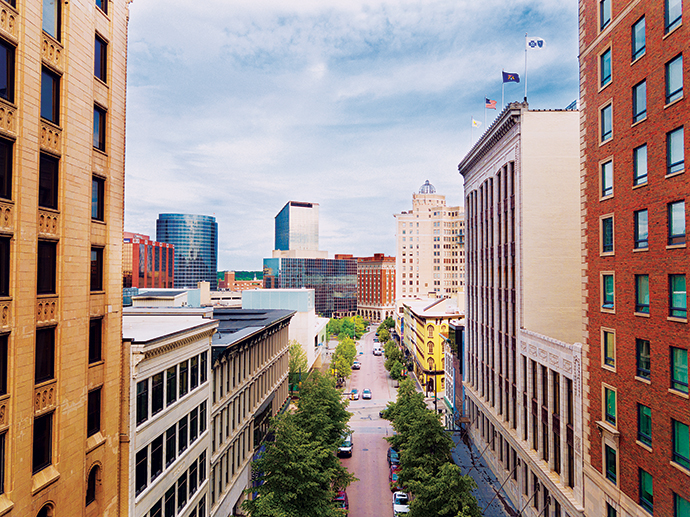 America has many cities that are booming and others that are in severe distress. These two groups get the most public attention.

But what about cities between those two extremes — cities that are performing above average economically and demographically but not yet at the superstar level?

Hovering between the country’s 60 or so superstar boomtowns and approximately 50 stagnating metro areas is a large number of cities in the middle. They are very diverse and cannot be lumped together in a single group. In this number is a subgroup of cities located in the Midwest that perform above the U.S. average on metrics including population growth, job growth, GDP per capita and college-degree attainment. To use a baseball metaphor, these cities are successful AAA players looking for a way to move up to the major leagues. They are:

These cities share certain advantages: They are relatively large; some of them are state capitals; they have airports; and some of them are home to blue-chip corporate headquarters, their state’s flagship universities or both. Columbus and Indianapolis were finalists in Amazon’s HQ competition, reflecting their strong regional tech ecosystems.

But migration statistics show that these cities overwhelmingly attract people from within their own state (or immediate region) and have a very limited draw from the rest of the country. Sunbelt boomtowns, by contrast, predominantly draw migrants from out of state. 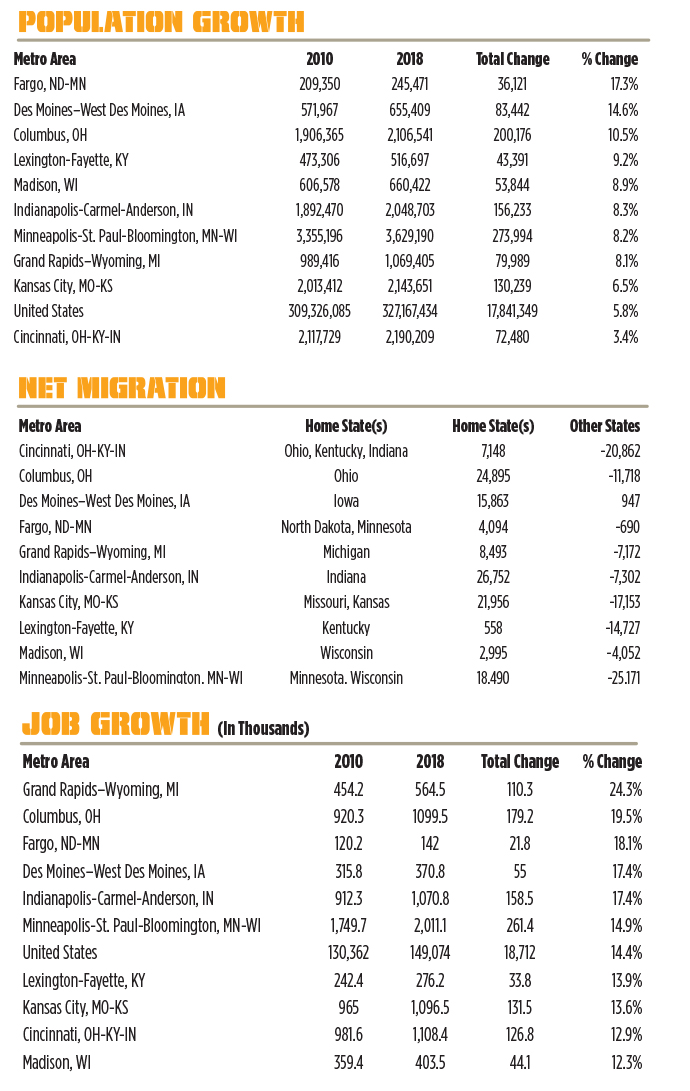 The Internal Revenue Service provides annual estimates of migration between counties (and states) based on tax-return data. The data cover a very large universe of more than 100 million tax returns, and also allow for annual time series comparisons (with some caveats) back to 1990. These data can be aggregated to the metropolitan statistical area (MSA) level to track migrations to and from MSAs by county, MSA, or state.

Between 2009–10 and 2015–16, Columbus experienced a net increase of 24,895 individuals from elsewhere in Ohio and a net outflow of 11,718 to the rest of the U.S. A similar inflow/outflow migration pattern was true for Indianapolis. Des Moines had a small positive net inflow of people from outside Iowa.

By contrast, Austin, Nashville, and Raleigh drew large numbers of migrants from out of state — more than from within their own states. The Sunbelt boomtowns have a national migration draw while the 10 midwestern cities have only an in-state draw.

All 10 of our midwestern cities draw net migrants almost exclusively from the state or states in which the metro area is contained. In limited cases, they also draw significant numbers from another nearby state. For example, Minneapolis–St. Paul enjoys a strong net inflow of residents from South Dakota, and Lexington has a stronger draw from Ohio than it does from Kentucky. But they lose migrants on a net basis to the remainder of the country.

Expand the Range of In-Migration

The dependence of the next-level cities on in-state migrants represents a challenge for their future. The states that these 10 cities are drawing from are demographically weak, with many areas shrinking in population. This suggests that the flow of in-state migrants cannot be sustained indefinitely. And this means that existing businesses and potential new businesses cannot be confident of a labor supply, especially of the talented and their families. If these cities are to reach the next level or maintain their current situation, they will have to expand their appeal.

While it can be difficult to determine the true reason a business chooses one location over another, anecdotes suggest that migration patterns matter. Amazon selected Nashville for a 5,000-employee operations headquarters. Nashville is smaller than Columbus or Indianapolis and is not known as a center of the technology industry. However, it does have a large flow of inbound migrants from around the nation. And it is easy to recruit people to move to Nashville from almost anywhere.

By contrast, recruiting prospects to midwestern cities who did not grow up there, marry someone who grew up there or go to school there can be difficult. The saying in Minneapolis is: “It’s really hard to get people to move to Minneapolis, and it’s impossible to get them to leave.” Other next-level cities have similar experiences. They face a difficult initial recruitment challenge but are stronger in retention, in many cases.

If they are to reach the next level of economic performance, these 10 cities (and others like them elsewhere in the country) need to attract migrants — international as well as domestic — from outside their home regions. In many respects, these cities already have the growing economies and amenities necessary to compete with Sunbelt boomtowns. They all have high-quality restaurants and (the by-now virtually obligatory) microbreweries and local coffee roasters. Some also have art museums, symphony orchestras and other cultural assets that exceed the quality of those in the Sunbelt.

Make no mistake: Residents of all 10 cities not only get four seasons of weather, they generally get to experience genuine, full-on winter as one of them. But fast-growing areas such as Boise, Idaho — which has drawn significant numbers of people from such places as California and Arizona — prove cold weather doesn’t have to be a fatal handicap.

While midwestern cities can’t change the weather, they can focus on what is actionable. The first key step is to create a welcoming environment for outsiders. If outsiders cannot get access to social and professional networks in a new city or are viewed as second-class citizens, it’s unlikely that that city will become a choice destination for migrants. To be sure, many of these 10 midwestern cities are already welcoming. Even so, barriers can be lowered.

Many of these 10 midwestern cities are already welcoming. Even so, barriers can be lowered.

In some cases, this may be simple. For example, new residents to Indianapolis (and elsewhere in the state) once had to pass a written exam to obtain an Indiana driver’s license. That requirement was dropped earlier this year. A more substantive “to do” is facilitating the easy transfer of other out-of-state credentials such as occupational licenses.

Other barriers are not so simple. For example, Minneapolis is known for its “Minnesota nice” affect, which is friendly but keeps outsiders at a distance socially. A similar case prevails in Cincinnati, a city where, famously, the first question many people ask upon meeting someone is, “Where did you go to high school?”

These cities need to make significant improvements in their “brand” and the public narrative around their city. Cities eager to grow need an aspirational narrative of life in their city that people without a historical connection can imagine themselves being a part of. Limitations or current flaws (e.g., winter) can be straightforwardly acknowledged without excessive negativity. And cities should take care to avoid undertaking initiatives that could be viewed as a sign of desperation. Financial incentives to new residents, such as those offered by the state of Vermont and the city of Tulsa, are an example of what to avoid.

Our 10 cities are all very affordable — a key asset. They offer solid economies and a high level of urban amenities at a much lower cost than coastal cities and some Sunbelt boomtowns such as Austin, where housing prices are increasing. The danger is that, as these midwestern cities continue to grow, they will repeat the mistakes of the coastal cities: urban containment, rent control, inclusionary zoning and so on. These and other policies are contributors to coastal unaffordability. They are also all heavily promoted by urbanists based on both coasts. 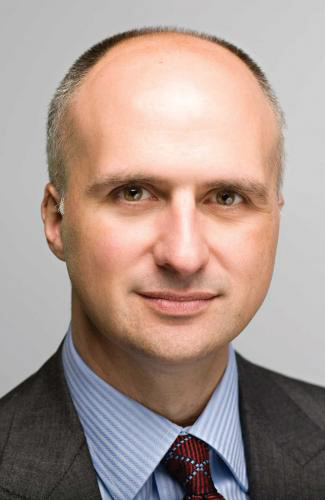 These high-performing cities should look to permit somewhat increased density in zones adjacent to the urban center. This means allowing denser and mixed-use housing — such as apartments with ground for retail — in more places than are currently permitted.

This does not require eliminating all single-family zoning, as Minneapolis has done. But at a minimum, targeted up-zoning to allow densification in select areas will help to moderate prices. And cities should avoid the kinds of rezonings being evaluated by Des Moines, which is planning to make the construction of low-cost single-family homes difficult by increasing minimum sizes and other similar changes.

These midwestern cities have high-value assets and performance levels that are, in some cases, just below those of Sunbelt boomtowns. However, these cities have been almost entirely dependent on in-migration from their home state or immediate region to fuel their growth. They are not national destinations for talent. This poses a risk to their future.

Because of their cold winters, these cities may always operate at a disadvantage in attracting migrants. Nevertheless, they can seek to become more competitive by following the recommendations outlined here.

This article is an adaptation of a November 2019 paper published by the Manhattan Institute for Policy Research titled “Midwest Success Stories: These 10 Cities Are Blooming, Not Rusting.” For more information, visit manhattan-institute.org.