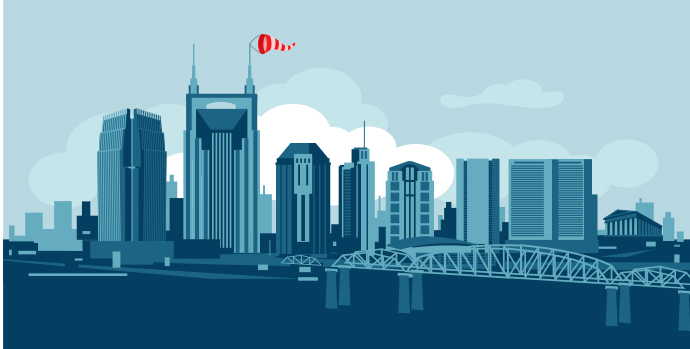 Site selectors’ first impression of an area isn’t the chamber of commerce’s offices or the welcome dinner at the best restaurant in town, or even location accolades from business leaders attending that dinner. The first impression is the airport they flew into. It’s the metro’s welcome mat for long-distance visitors. Management at Nashville International Airport (BNA) has known this for some time, and leadership there is working to make sure the airport fulfills the connectivity and logistics requirements of existing and future businesses.

Central to this mission is BNA Vision – the airport’s dynamic growth and expansion plan. The need for such a plan is clear. Nashville is booming as a music tourism and business hub. Passenger growth is skyrocketing, and the number of domestic and international flights is expanding to meet demand (a nonstop British Airways flight to London was added in May 2018). Fourteen airlines serve 75 destinations from BNA. A recent economic impact study shows that in 2018, 16 million passengers used BNA for their air travel needs, a 13.2% increase over 2017. Total economic impact has doubled from $3.5 billion in 2012 to $7.1 billion in 2018.

“We’re on schedule and under budget and expect to keep on that path,” says Douglas Kreulen, airport president and CEO. “It’s an enormous capital improvement program that is much needed given the passenger growth seen in this region, and we’re committed to providing a world-class aviation facility for the community we serve. Doing so is critical to the economy and the market demands of Middle Tennessee.” 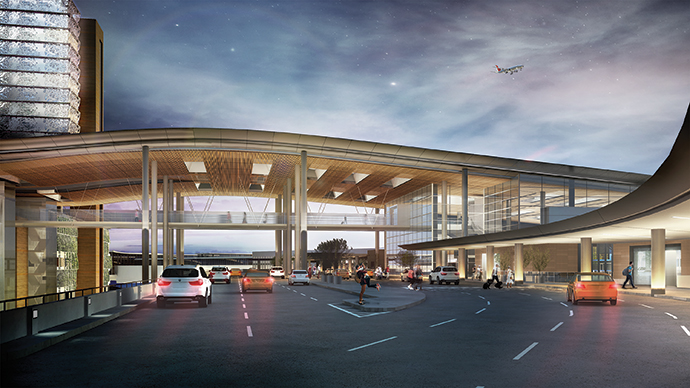 Completed projects include upgrades to the airport’s interim International Arrivals Facility, a state-of-the-art, six-level Terminal Garage and the first phase of the Terminal Apron and Taxilane Expansion project. Under construction now are the new Concourse D (providing six more gates and opening in summer 2020), Terminal Wings Expansion (to be completed in summer 2020), another Terminal Garage (opening in spring 2020), a new airport administrative building (opening in early 2021) and a pedestrian plaza (opening early 2021). Future projects to be completed in 2023 include a significant terminal lobby renovation, a state-of-at the-art International Arrivals Facility, another Terminal Garage, an on-site hotel and phase 2 of the Terminal Apron and Taxilane Expansion project. Additionally, terminal access roadway improvements will be completed in 2024.

“The Airport Authority often works closely with economic development and corporate recruitment initiatives in our region,” he explains. “Businesses looking to relocate to or expand in Middle Tennessee are almost always interested in the range and level of air service available locally. It’s simply the case that an efficient and growing airport, with an expanding roster of non-stop options, adds considerably to the economic viability and overall business environment of a given region. At BNA, we frequently engage with our state and local economic development officials, including our Chamber of Commerce, to assist in recruiting businesses by promoting the benefits of the region and communicating the particular assets provided by the airport.” 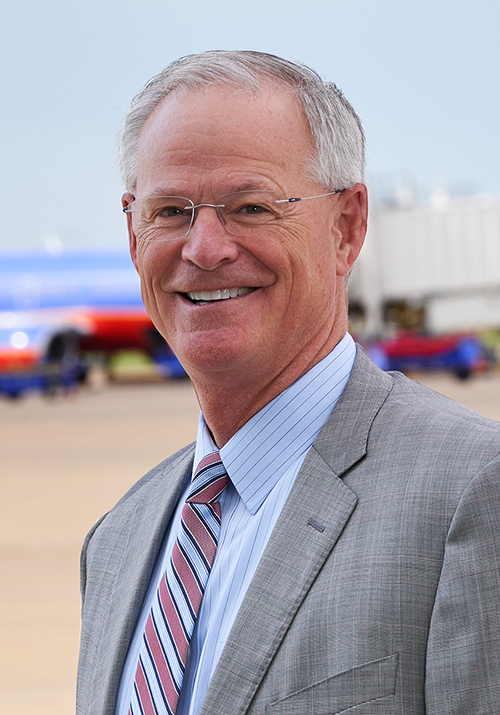 “More international service, to both Europe and Asia in particular, is expected and is a priority of state economic development officials.”
— Douglas Kreulen, President and CEO, Nashville International Airport

Chief among those benefits is connectivity. With 540 daily flights to 75 locations currently, and passenger demand growing at an unprecedented pace, BNA is poised to add even more routes and destinations in the coming years, notes Kreulen. “A particular focus in the coming years will be an anticipated increase in international flights,” he relates. “More international service, to both Europe and Asia in particular, is expected and is a priority of state economic development officials. In anticipation of such service, BNA’s current expansion plan includes a new, expanded, state-of-the-art International Arrivals Facility to open in 2023.”

Although not actively under development, don’t be surprised to see BNA begin work on an “airport city” or “aerotropolis” initiative in the future. These terms refer to airport-anchored commercial, residential and industrial development projects that give businesses and workers the option of locating away from central business districts — with the obvious advantage of proximity to air transport for people and cargo movement. Such efforts are under way at numerous airports around the world.

“BNA has a footprint of nearly 5,000 acres with considerable property available for development of both aviation and non-aviation commercial activities,” says Kreulen. “Located close to the economic engine provided by the airport, these sites have great appeal for businesses of all sorts. As such, we are actively working towards a comprehensive plan to address the possibilities inherent in this approach to airport-area development. We’re excited about the potential for this initiative and look forward to testing the market and launching a new phase for commercial development.”