COVID-19 is disrupting traditional office use and dispersing workers around the country. 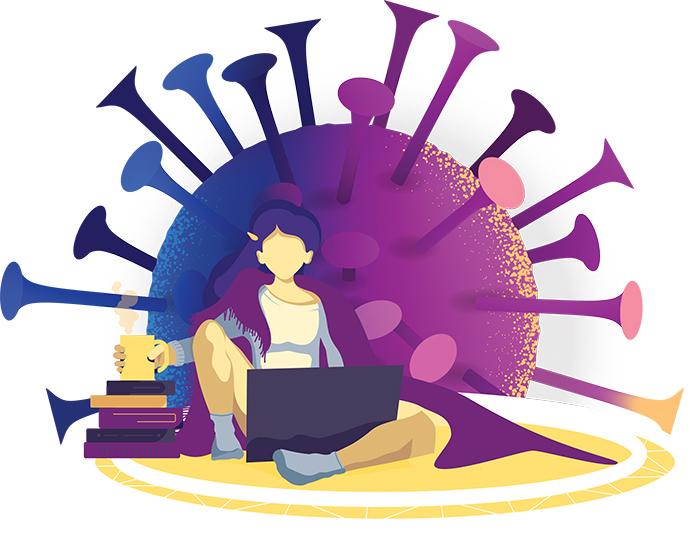 Somewhere between your umpteenth Zoom meeting of the month and the latest webinar on the economic impacts of COVID-19, this thought probably crossed your mind: “How long will I be working from home?”

While an exact answer to that question still eludes most companies, the effects of remote working are starting to come sharply into focus.

By early April, according to one Harris Poll survey of 1,200 working Americans, more than half of all workers in the U.S. (51%) had shifted to remote working. Among so-called “knowledge workers,” the figure was even higher — 58%.

As the number of confirmed COVID-19 cases began rising again in about half of the states in late June, more and more employers joined the already crowded bandwagon of remote work adopters for an extended period of time. Among the companies announcing an extension of remote work policies for virtually all employees until late 2020 or sometime in 2021 were Facebook, Twitter, Google, Zillow, Shopify, Square, Coinbase and Otis.

Otis, a financial investment firm, put out the following statement in late May: “This week, we rolled out Work from Anywhere. We will keep our New York City office as headquarters (these are desks at a co-working space). Anyone can work from anywhere in the U.S.” 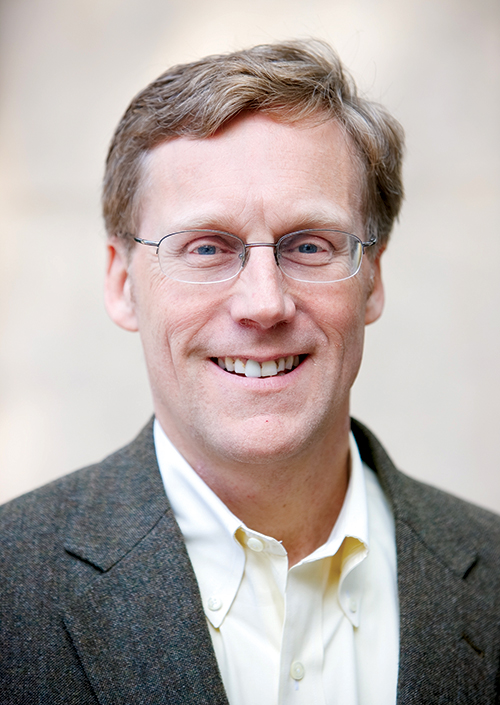 “Even if just 10% to 15% of tech employment relocates in five to 10 years to a different spot, that will have a huge impact on the tech geography of the nation.”
— Mark Muro, Senior Fellow, The Brookings Institution

Welcome to the new normal, where corporate statements like that — “anyone can work from anywhere in the U.S.” — are becoming the rule rather than the exception. But for how long?

Change Research and CNBC surveyed workers across the country in early June and found that 55% wanted to eventually return to an office, while about 24% said they would prefer to work from home in some capacity. Gensler Research conducted its own poll and found that 70% wanted to work mostly in an office, while just 12% preferred to work from home full-time.

DBRS Morningstar studied office markets and concluded on June 18 that “increased office vacancy is a possibility in the post-coronavirus office environment and would support a trend identified by Reis since early 2017 … Reis projects that by the end of 2022, nationwide office vacancy will peak at approximately 20.2% and slowly improve to 19.1% by the end of 2024.”

Even a 5% Shift is Significant

Gartner Inc. found that 74% of CFOs plan to move at least 5% of their previously on-site workforce to permanently remote jobs in a post-COVID-19 world. “While 5% may not appear significant, this can have negative implications for the revenue of some properties, especially those with a few tenants that each occupy a significant percentage of space at the property,” notes DBRS Morningstar.

77%
of HR leaders expect more teleworking even one year after COVID-19.
Source: The Conference Board survey of 150 HR executives at large US companies (June 2020)

None of this causes landlords to rejoice, but Ross Forman, managing director of business advisory firm BDO, tells Site Selection that “the number one rule for tenants is to challenge your assumptions from pre-COVID days and look for opportunities to repurpose space. The landlord and tenant must partner because a mixed-use environment is becoming the norm. There’s an opportunity for every bricks-and-mortar tenant to dramatically lower costs.”

Far from abandoning office properties, Forman predicts that most employers will stage a phased return of their workers to physical buildings. “Critical workers will come back first, followed by others in various phases,” he says. “The situation is evolving so quickly, but we have just had a 100-year event. The good news is that most companies did not lose engagement and did not lose productivity. In some cases, companies will be able to re-evaluate their workspace and say, ‘We can now invest in a world-class headquarters wherever we want.’ A lot of these decisions will be based on risk mitigation.”

In other instances, says Forman, companies could opt to eliminate the corporate headquarters and replace central command with smaller offices stationed near where their employees live. 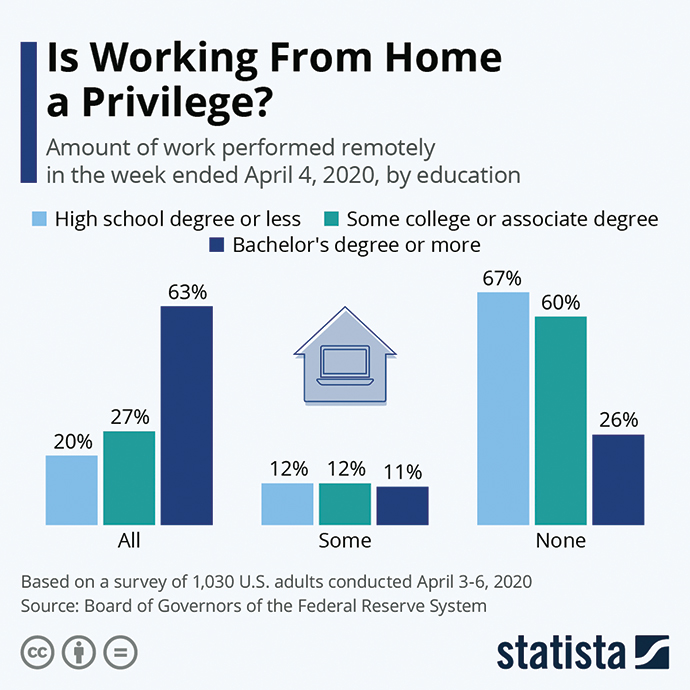 Mark Muro, senior fellow and policy director at the Metropolitan Policy Program of The Brookings Institution, says that COVID-19 has had multiple effects on corporate site selection. “Two things are happening,” he says. “One is the trend toward more remote work. The other is geography and the changing preferences for where people and companies locate. Dell is very interested now in the American Heartland. Amazon is creating work hubs in multiple locations around the U.S. More companies are decentralizing out of their core hubs. Many other firms have signaled that they’re open to dispersing their workforce around the country in a combination of work-from-home and smaller satellite locations.”

Muro sees this trend as having major ramifications for both technology companies and the country. “This is not the end of urbanization, but the largest tech companies have been concentrating employment in five to 10 markets. There is now a lot of pressure pushing outward, and that pressure was there before the pandemic. COVID-19 has only accelerated the movement of tech jobs to the interior of the country. Even if just 10% to 15% of tech employment relocates in five to 10 years to a different spot, that will have a huge impact on the tech geography of the nation.”

Many localities are already seizing on that trend, going so far as to offer incentive payments to entice tech workers to relocate. Places like Topeka, Kansas; Tulsa, Oklahoma; and northwest Alabama have offered cash payments of up to $10,000 to qualified tech workers if they move to their communities. The State of Vermont and Savannah, Georgia, also got in on the act.

While the effects of these incentive programs have been minimal so far, they portend a trend of knowledge workers fleeing large cities for the perceived relative safety of smaller and more rural environments.

Ultimately, the experts say, a hybrid work environment will be the most likely scenario of the future, with some employees choosing to commute to an office, some choosing to work primarily from home, and employers hedging their bets by decentralizing operations and breaking up large agglomerations of workers into multiple hubs. 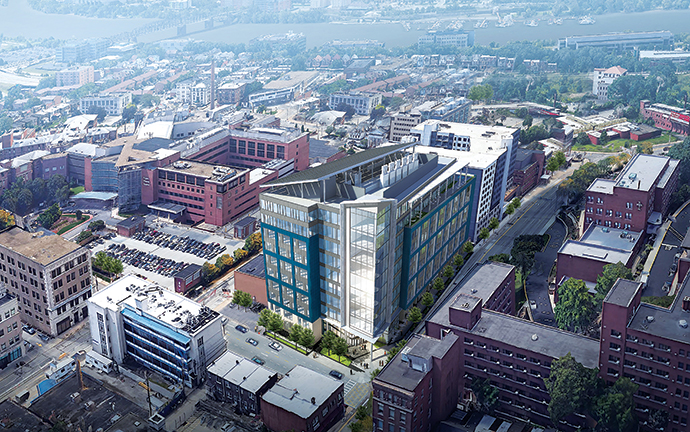 “The landlord and tenant must partner because a mixed-use environment is becoming the norm.”
— Ross Forman, Managing Director, BDO

One reason for this is that a large chunk of the workforce is not comfortable being forced to work from home, or otherwise work remotely, permanently. Among the top struggles of remote workers cited by Buffer in a recent study were unplugging after work (22%), loneliness (19%), lack of collaboration and communication (17%), distractions at home (10%), and difficulty staying motivated (8%).

Perhaps all of that is why Cushman & Wakefield recently predicted that “the new normal will be a total workplace ecosystem” that blends workplaces over a variety of locations. “The office isn’t going anywhere,” C&W concluded, adding that “the office has a new purpose: The purpose of the office will be to provide inspiring destinations that strengthen cultural connection, learning, bonding with customers and colleagues, and foster creativity and innovation.”

In other words, the workplace of the post-pandemic future will have to be a place that consistently delivers everything a video call cannot.