The need for training surges in the midst of pandemic. 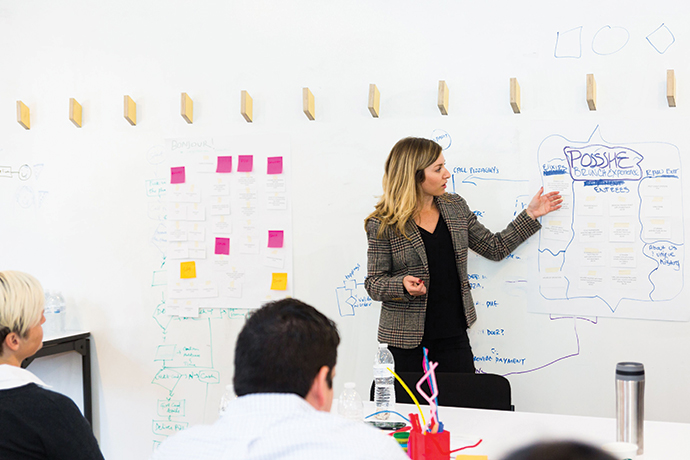 Beset by the COVID-19 pandemic and its recessionary shocks, companies across the globe are paring workforces at alarming rates. In the United States alone, some 40 million workers had filed jobless claims by the end of May, with the biggest losses occurring in the leisure and hospitality, professional business services, retail trade and manufacturing sectors.

Driven, however, by the expectation of long-term social distancing, the remote economy is soaring, as is the demand for technology workers, especially engineers.

“Big firms are hiring engineers by the thousands,” says Bill Cummings, executive vice president and head of enterprise for Galvanize, a nationwide technology training network that contracts with Fortune 500 companies.

“The rotation to digital channels has been faster than anyone could have imagined,” Cummings tells Site Selection. “Just for one, think about the health care facilities that had no telemedicine capabilities prior to COVID-19. In a matter of days and weeks they had to develop that capability. The people that do that that are data scientists, full stack engineers and people that leverage all that data to make really smart decisions. Where do they find them?” 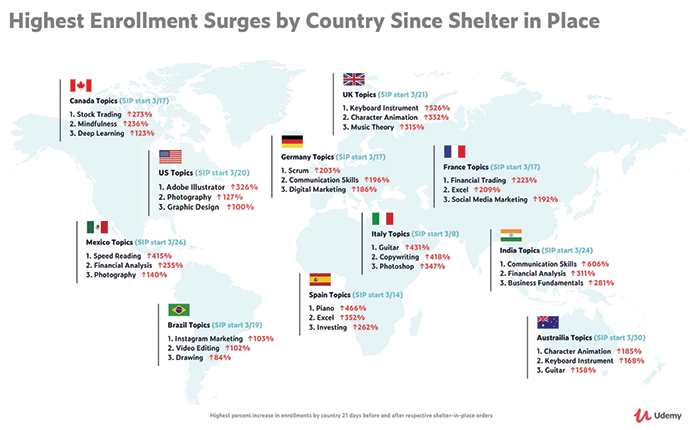 With breathtaking swiftness, speed has become the name of the game. How quickly can a fluctuating workforce adapt, then re-adapt, to fulfill evolving responsibilities? How fast and how cleanly can employers identify staffing needs and fit talent to them? How can educators adapt curricula to changing dynamics?

“If you’re hiring a software engineer at a scale of thousands and if it takes them six-plus months to become contributors, that becomes too long,” says Cummings. “Companies are looking to Galvanize to produce onboarding programs that accelerate productivity from something more than six months to something less than three months. On that scale, it becomes a massive return on investment.”

Since the pandemic struck, Louisville-based Interapt hired and trained 140 tech workers within six weeks to meet growing demand for its technology support line, driven largely by the surge in work-from-home arrangements. Interapt has a history of collaborating with state and local agencies on workforce development, particularly among disadvantaged communities.

“When we brought those people on, they may not have had a typical technology background, but they were able to learn it, and we were willing to invest the time and effort into it,” says CEO Ankur Gopal. “More times than not it pays off. We have a 90% success rate. We’ve historically said we care about the skills, not the pedigree, and we are doubling down on that as a mantra.”

The acceleration toward remote business models, Gopal tells Site Selection, is limiting companies’ room to maneuver when it comes to more widespread adaptation of technology.

The pandemic has proved itself to be a watershed moment for online education. San Francisco-based Udemy, which trumpets itself as “the largest global marketplace for learning and teaching online,” released a study in early April that identified what it called a “surge of online global education in response to COVID-19.” Among other findings, Udemy reported an 80% increase in usage of its platforms by businesses and governments. According to the report:

“COVID-19 has translated into increased reliance on online learning as companies shift to remote work and move away from travel and in-person events and training. There has been an immense surge in enrollments in courses related to Telecommuting (21,598% increase) and Virtual Teams (1,523%), as well as Decision Making (277%), Self-Discipline (237%), and Stress Management (235%).”

Udemy says its data reflect accelerating demand worldwide, including 130% growth in enrollments in the U.S., 200% in India, 320% in Italy and 280% in Spain. Growth in top-ranking professional skills, says the report, includes Neural Networks (61% increase), Communications Skills (131%) and Growth Mindset (206%).

By late March, Mountain View, California-based Coursera reported demand for its online courses of up to five times greater than usual, with universities worldwide seeking free access to its platform, according to The Mercury News. Coursera boasts of having established collaborations worth more than 200 partners from academia and industry, including Google, IBM, Duke and Stanford Universities and the University of Pennsylvania.

With the globe, the country and the economy locked in a backward-forward-backward loop, uncertainty is a challenge as never before in the lives of most business leaders. Hiring practices are changing to fit that reality, believes Nicholas Wyman, a workforce development and skills expert and CEO of the Institute for Workplace Skills and Innovation, based in Los Angeles.

“Good people skills and communications skills are coming to the forefront, as is working in teams,” Wyman says. “Technical skills will change over time, but the ability to work effectively with others is timeless.”

“ ...what is going to differentiate is culture, and putting your money where your mouth is there.”
—Usman “Oz” Asam, President and CEO, Tmunity

At the same time, an unprecedented concurrence of unforeseen events is challenging the task of workforce development in ways employers are only beginning to understand.

“With COVID-19 and with Black Lives Matter,” says Bill Cummings of Galvanize, “you’ve got to have a conscience, you have to show social responsibility, you have to demonstrate that you are contributing to society in a really positive way. What engages talent is not necessarily what you’d think. It’s whether they and the company are working on things to make a positive impact on society.”

Usman “Oz” Azam speaks passionately on the subject of business responsibility and awareness. A U.S. citizen of British birthright and Pakistani ancestry, Azam is president and CEO of Tmunity, a Philadelphia-based biotech company.

“Speaking to my employees and future employees, I think they are really going to shake the tree hard on this one. You can give someone equal pay to another company. You can incentivize with benefits. But in the end, what is going to differentiate is culture, and putting your money where your mouth is there. Especially the younger generation, which is the workforce of the future, I hope they hold leaders accountable. Did you do your part? Are you doing enough that makes us an attractive place that really is embracing the ethics that are required for the 21st century, including zero tolerance of discrimination of any kind whatsoever? We also must acknowledge the mistakes we have all made in the past. I do think the younger workforce is not going to give up on this issue.”