Greater Philadelphia is a center of excellence in cell and gene therapies. 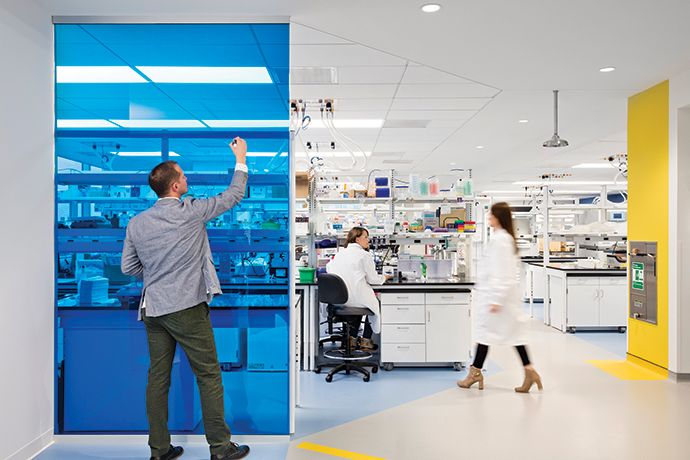 Long revered as America’s “cradle of liberty,” Philadelphia is leading another revolution. Cell and gene therapies being created in the city’s prodigious cluster of clinical labs offer hope for treating the untreatable and curing the incurable. It is a young and fast-emerging field of modern medicine, and its cutting edge is Philadelphia.

“Philadelphia is becoming the ‘cradle of cures,’ a beacon for this entire industry,” says Bradley Campbell, president and COO of New Jersey-based Amicus Therapeutics. Amicus, having scoured medical hubs in the U.S. and Europe, chose Philadelphia as the site of its Global Research and Gene Therapy Center of Excellence, which opened in March.

“We wanted to have a state-of-the-art lab and office facility that could help us attract the best gene therapy scientists in the world as we look to discover and develop next-generation therapies for patients with rare diseases,” Campbell tells Site Selection. “We think Philadelphia is the perfect place for that.”

It’s no coincidence that Amicus built its $25 million facility in West Philadelphia’s University City, home to the University of Pennsylvania School of Medicine, with which it has a partnership, and to Childrens Hospital of Philadelphia (CHOP). UPenn, working with Novartis, made medical history in 2017 when its leukemia treatment for children and young adults became the first cell therapy to be approved by the FDA.

Such signature achievements have helped to serve as a springboard. Philadelphia now is home to a growing roster of more than 30 cell and gene therapy development companies. Many in the region and in the industry have adopted the moniker “Cellicon Valley” to describe the region’s closely-knit biotech community. It’s a fitting description.

A Strong Foundation for Growth

Philadelphia’s cell and gene therapy cluster has absorbed investment of more than $1.7 billion since the second half of 2015, according to the Cell & Gene Therapy and Connected Health Initiative led by the CEO Council for Growth. That is but one of many indicators of the perceived potential of advanced immunotherapies.

“What’s beautiful about gene therapy is that it’s extraordinarily targeted,” Spirovant’s Lau tells Site Selection. “You’re not looking at taking a pill and hoping it goes to the right place. You’re designing the molecule to target precisely the tissue or the organ that you are trying to alter.”

That only about 20 such therapies have received approval to date testifies to the ardor, expertise and investment required to shepherd potential treatments from concept to reality. Ideas come to fruition along a complex chain whose links include academia, hospitals, testing labs, contract researchers and contract manufacturers. 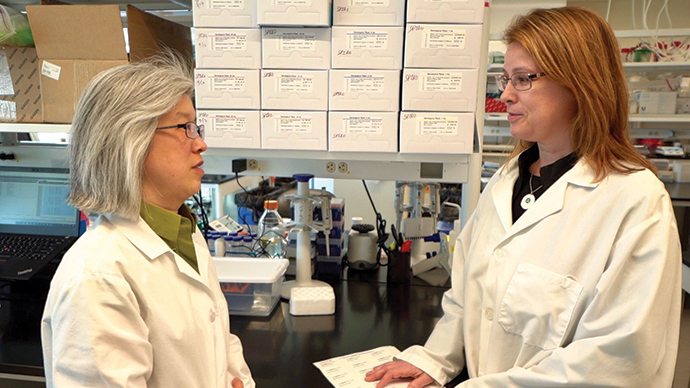 “There’s an incredibly rich ecosystem of suppliers and service providers,” Howe tells Site Selection. “There are hundreds and hundreds of companies that are part of this ecosystem, and that’s hugely important.”

Shanghai-based Wuxi AppTech is an increasingly prominent player in that shared ecosystem. Wuxi is the largest tenant at the South Philadelphia Navy Yard, a former military base that complements University City as a thriving hub of next generation medicine. Felix Hsu, Chief Commercial and Business Officer, describes Wuxi as “an enabler of innovation” for advanced therapy enterprises large and small.

“We help them develop their products, and then we help them manufacture those products,” Hsu says.

Wuxi is nearing completion of its fourth building on the Navy Yard campus, a 95,000-sq.-ft. (8,900-sq.-m.) office and laboratory. Its clients include California-based Iovance Biotherapeutics, a cancer therapy firm, now moving into a sprawling manufacturing space at the Navy Yard.

As rapidly evolving technologies, cell and gene therapies crave talent. They find it in Philadelphia, home not only to UPenn, CHOP and Jefferson, but to other highly regarded academic institutions such as Temple University, Drexel University, the University of the Sciences and the Wistar Institute, a nonprofit research center for biomedical science.

“Everything we do stops and starts with people, and Philadelphia is a hotbed for developing talent in the scientific and disease areas,” says Usman “Oz” Azam, president and CEO of Philadelphia-based Tmunity, which is developing immunotherapies for cancers and autoimmune diseases.

Drawn by an attractive lifestyle and a cost of a living distinctly lower than the biotech hubs of Boston and San Francisco, outside talent is finding its way to Philadelphia as well. Azam speaks of a “positive feedback loop” taking hold.

“Attracting more firms provides more job opportunities and thus attracts more talent from outside the Philadelphia region, which in turn makes Philadelphia even more desirable to relocating firms,” he says.

The cell and gene therapy space is poised for a breakout. The FDA expects a doubling of applications for treatments this year, and analysts predict annual approvals by mid-decade equivalent to the total number certified up to now. Imvax’s Howe believes Philadelphia is poised to reap the fruits of what it has sown.

“Local leaders here have been tremendously supportive and proactive. They recognize the impact of this vibrant life sciences community. They are striving mightily to get additional funding for companies to locate here. They understand,” he says, “that this is a large part of the future of this city.”