Will AeroNexus Take Anchorage's Cargo Might to New Heights? 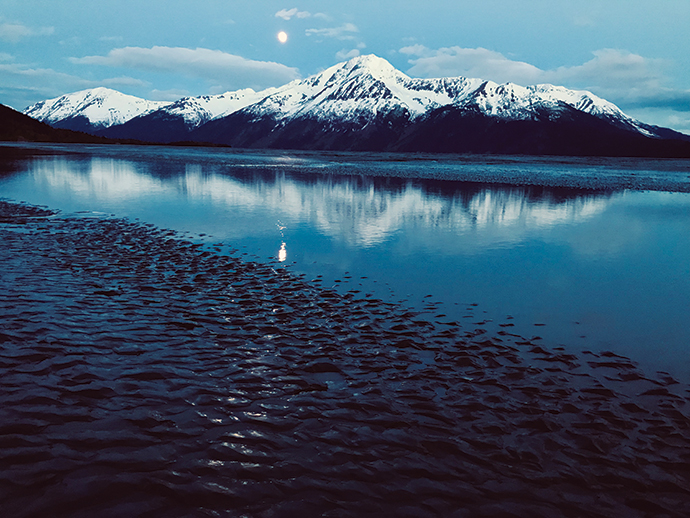 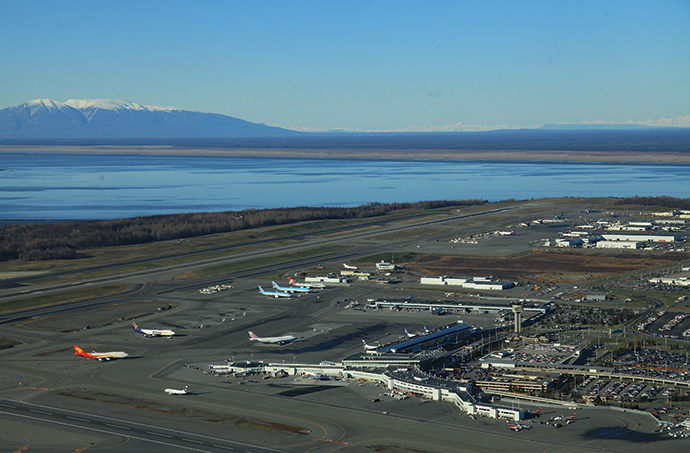 More than $700 million in cargo projects are under consideration at Ted Stevens Anchorage International Airport (ANC). When finalized, they’ll add to the airport’s already impressive cargo-handling chops: It’s the world’s fifth busiest airport by cargo volume, handling 2.7 million tons in 2018. More than 180 widebody operations take place daily; midway between Tokyo and New York, flights can reach nearly all the industrialized world in under 10 hours from Anchorage.FedEx and UPS have long had sorting hubs at ANC and are among the companies with proposed expansions in the works — a $57 million, 98,000-sq.-ft. (9,104-sq.-m.) domestic operations center in FedEx’s case and a $110 million, 1.35-million-plus-sq.-ft. (125,415-sq.-m.) land lease for UPS. The other proposed projects are a $200 million, 700,000-sq.-ft. (65,030-sq.-m.) warehouse for Alaska Cargo and Cold Storage and two $170 million warehouses and transfer facilities for 6A-XL Aviation Alaska.

“Tons of perishables and pharmaceuticals fly through our airport on a daily basis,” says Airport Manager Jim Szczesniak,” naming two of the countless time-sensitive, commodities trans-shipped at ANC. “We have relatively cheap land here for warehousing, compared to having a warehouse in Tokyo, in Taipei, in Seoul and in Shanghai. All those places are high-rent districts. We’re looking to store large, time-sensitive items here. That way, you don’t have to have multiple warehouses all over Asia. You can have one here in Anchorage and when something is needed, we can put it on a plane, and it’ll be there in nine hours.”

The airport city part comes next. Szczesniak says the bottom line is doing responsible development in areas that that are mutually beneficial to each other.

“We have UPS, DHL, and FedEx all right next to each other,” he explains. “Alaska Cargo and Cold Storage will be next to them. They’ll have the ability to use the UPS, FedEx and DHL networks to distribute, plus all the other carriers that we have here. We’ve identified some land directly across the street from those facilities where we’re looking to develop potentially an e-commerce area due to that proximity.”

ANC has begun planning work on an airport hotel to be located directly across from the terminal, says Szczesniak. “We’ve got three qualified bidders on that, so we’re hoping that that’s under way soon. We are actively pursuing the MRO and aircraft parts distribution market. We have an area on the south side of the airport that we’re looking to dedicate to that. We already have a FedEx MRO and an Alaska Airlines MRO, but we’re looking to bring in another MRO. About 2,600 jet engines fly through our airport every year going back and forth to get fixed. Well, why not just fix them here in Anchorage? It would save roughly seven days for a customer that’s getting their engine fixed, and you’re not doing the multiple mode shifts just to get that engine from where it’s coming from to where it’s getting fixed. You can serve the North American and Asian markets from this one location.”

The brand name of that location is AeroNexus — an airport-centered hub of more than passenger and cargo movements, which is the very essence of the airport city. Metros around the world have embarked on similar initiatives, many of which have been covered in these pages over the past 12 years.

Efficiency Is Job One

“What we’ve seen with other airports is that they do an unorganized planning effort, and things end up popping up all over the place,” says Szczesniak. “There’s no efficiency that can be gained. At our airport, we’re trying to put the like businesses in the same neighborhood so that they can achieve the efficiencies that an airport location can deliver. We’re also looking at using some of our surplus land to help our customers. We’re trying to develop a flower industry with some of that surplus land, because airplanes and flowers go together. Flowers are distributed by air because they’re extremely perishable. If we can grow them right here and take them right to the airplanes, you’re not going to be able to get them any fresher. And that’s unique to Alaska, because our growing season starts later,” Szczesniak points out. 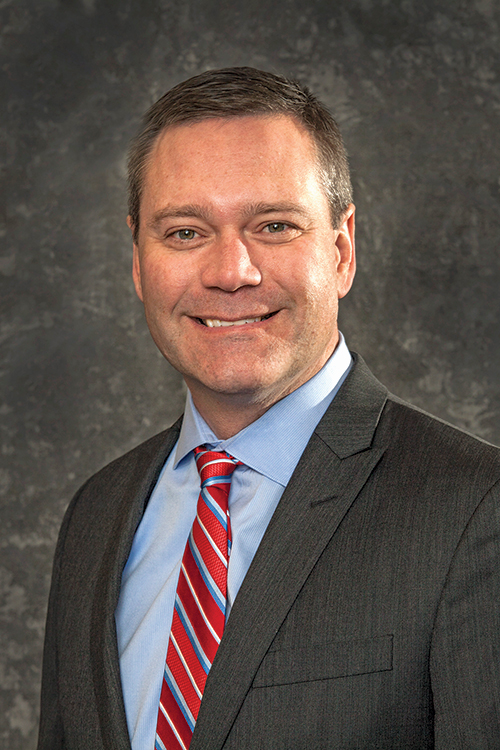 “Our customers can literally fly away. If we don’t have an efficient operation, they can go to somewhere that does.”
— Jim Szczesniak, Airport Manager, Ted Stevens Anchorage International Airport

“We’re doing the same thing with seafood,” he says. “The Alaska Cargo and Cold Storage facility would be better prepared to better distribute seafood out of here. We also have a freight forwarder, Pilot Freight Services, that installed a king crab refreshing tank here. In Asia, live king crab is very popular. So we bring the crab in from the Bering Sea to Anchorage, and it goes in the refreshing tank for a day in order for it to refresh, and then we can send it into Asia and feed the live crab demand there. We want to use our airport city concept to be able to make sure that we’re efficient. Our customers can literally fly away. If we don’t have an efficient operation, they can go to somewhere that does.”

An airpark at ANC will soon be master planned for redevelopment; it has rail infrastructure already for tourism trips to and from Denali. “We might be able to piggyback on that existing infrastructure — run an automated train between the terminal and the East Airpark, which would open that up for future development, such as an office building, hotel, remote parking,” says Szczesniak. “It opens up a lot of possibilities.” 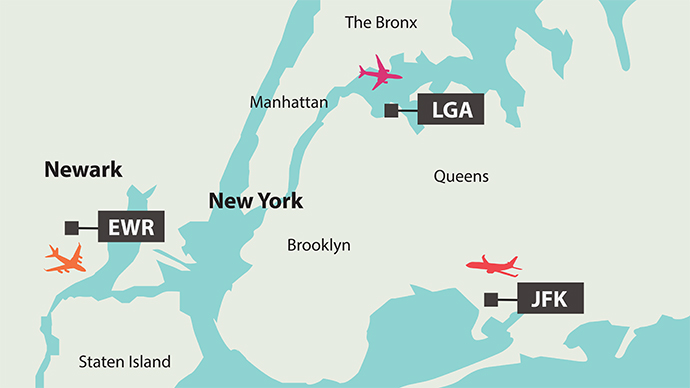 Which of New York’s three commercial airports has the best shot at being the region’s airport city in the future? It might not even be in New York.

Close-to-Manhattan LaGuardia Airport is in the midst of an $8 billion redevelopment that will feature a new, 1.3-million-sq.-ft. (120,770-sq.-m.) Central Terminal Building, runway improvements and new parking facilities, among other components. But unless they can float on Flushing Bay, there’s no room for the commercial, residential and industrial projects associated with airport cities.

JFK, on the Atlantic Ocean side of western Long Island, has a bigger footprint and even some experience in the airport city planning world. Our March 2015 Airport Cities feature looked at efforts ongoing at the time: It turns out there’s more going on behind the scenes than would be apparent to users of JFK, even to many New Yorkers, that point to an emerging Airport Village, if not Airport City, in Jamaica, N.Y. Local and regional authorities — including the Port Authority of New York and New Jersey, Empire State Development Corp., New York City Economic Development Corp. and private investors — are relaunching a development project at AirTrain Station (also referred to as JFK’s Terminal 10), a transport hub linking bus services, the Long Island Rail Road (LIRR), the AirTrain subway to JFK and the New York City Transit subway system.

What about Newark Liberty International Airport (EWR)? Straddling Newark and Elizabeth, New Jersey, EWR is the 12th busiest U.S. airport by passengers, a global hub for United Airlines and is served by more than two dozen foreign carriers. And it has one asset that neither LaGuardia nor JFK has: regional rail infrastructure already in place and a location midway along the Northeast Corridor (NEC) linking the Boston and Washington, D.C., metros. Amtrak’s high-speed Acela serves part of the route, as do Amtrak’s Northeast Regional service and New Jersey Transit.

It’s not that plans are in place yet to develop EWR City, but a vision by that name already exists, thanks to the New York Building Congress — a trade group working on behalf of the region’s construction industry — and design, architecture and engineering firm HOK. The two collaborated on a report in 2019, “Building the Future of New York: Newark Airport,” which makes a compelling case for EWR City as the New York region’s preeminent airport city. The report argues that EWR City would:

The qualifiers “would” and “will” are used interchangeably in the report, reflecting perhaps an optimism pure enough to shepherd the plan to fruition in due course:

“EWR City will be a destination in and of itself. The city will be rooted in connectivity, rippling out from a new detached headhouse on Frelinghuysen Avenue, connected directly to a relocated NRC Newark Liberty Airport Station. The rearrangement would create a transit hub at the center of the NEC, the most heavily used rail corridor in the United States, and would facilitate a one-seat express ride from Midtown Manhattan. Moreover, the new headhouse would be the intermediary between EWR City and the airport terminals.”

The proposal envisions 19 million gross square feet (gsf) of new development (1.76 million sq. m.) on 480 acres (194 hectares), including 11 million gsf (1 million sq. m.) for office and commercial use, 4 million gsf (371,600 sq. m.) for logistics, 3,500 residential units and a 350-key conference center hotel. The plan even includes 130 acres of open space. If — or when — such a plan were to be built, it would find itself in the company of the world’s signature airport cities, such as Amsterdam Schipohl and Singapore Changi.

“It’s up to the Building Congress to push this forward,” says Bill Kenworthey, regional leader of planning in HOK’s New York office, who co-authored the report. “We’ve made sure that the highest levels of management at the Port Authority [of New York and New Jersey] are aware of it. I don’t know that they’re necessarily focused on this or endorse it. But we’re trying to communicate that this is a real possibility. We’re not just making up a vision and clearing out land where people live. We were very careful to tailor the opportunity to the existing real estate pressures, and the significant opportunity of what is underutilized manufacturing and commercial land along the Route 9.”

It won’t happen overnight, Kenworthey adds — developments of this magnitude never do. But EWR and its environs will require attention sooner rather than later.

“Certainly, something’s going to have to be done at some point related to sea level rise and its proximity to the airport, given how flat everything is here,” he points out. “Building off development that creates more energy and that can help protect the communities around the airport — that is an economic development story.”