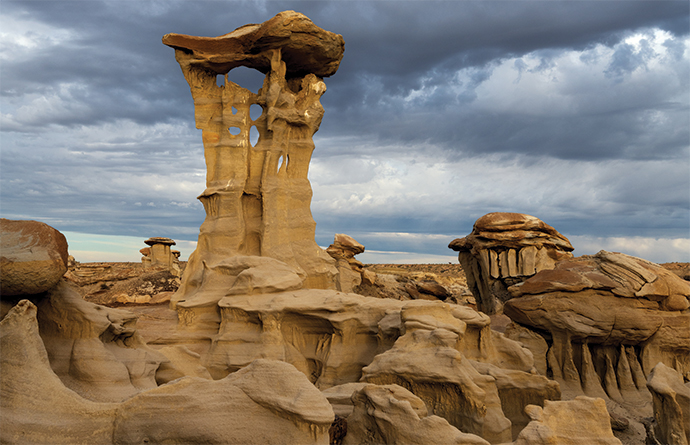 It’s around 800 miles from Hollywood to Albuquerque. But the city and entire state of New Mexico feel closer than ever to the showbiz capital.

Motion Picture Association data on film and television productions shows New Mexico’s star is shining bright. The state’s total of 49 productions in 2017-18 was good enough for ninth in the nation, just ahead of Massachusetts and just behind Nevada.

If Netflix has anything to say about it, New Mexico’s stature will only have improved by the time those numbers are crunched again this spring.

One year after signing an agreement to open its first U.S. production hub in New Mexico, Netflix has spent more than $150 million in the state, worked with more than 2,000 production vendors and hired over 1,600 cast and crew members, New Mexico Economic Development Cabinet Secretary Alicia J. Keyes and Netflix announced in January. Productions have included “El Camino,” “Army of the Dead,” “Daybreak,” “Chambers” and “Messiah.”

When Netflix signed the agreement to purchase Albuquerque Studios in January 2019, its leaders promised $1 billion in production spending over the next 10 years in exchange for economic development assistance from the State of New Mexico and City of Albuquerque.

“New Mexico has made great strides in positioning itself as a leading production center for the Southwest, and is home to a welcoming business community and an outstanding crew base with experience across all types of productions,” said Netflix Vice President of Physical Production Ty Warren.

Other productions on the way to the state include the Netflix original film, “The Harder They Fall,” a Western that will begin production in March, filming in areas around Santa Fe County, including Diablo Canyon and some local ranches. “Wander,” which started filming last summer in Carrizozo and Ruidoso, was one of the first to take advantage of a new aspect of the state’s revised Film Production Tax Credit law that, in addition to the normal 25% tax rebate, rebates an extra 5% for productions outside Albuquerque and Santa Fe. Other extra 5% credits are available for TV pilots and series, as well as for production at qualified production facilities.

It’s easy to brush off the film and TV production economy as a facsimile of the real thing. But as many cities, states and countries can attest to the real money and real jobs such activity generates, however nomadic each project may seem. For its part, Netflix in 2019 spent more than $14.6 billion on streaming content.

Movies and shows may come and go, but the territories with staying power for hosting those productions are models of consistency when it comes to incentives, says Vans Stevenson, senior vice president for state government affairs at Washington, D.C.-Based Motion Picture Association.

“Over time, these production incentives evolved, and the ones that were predictable and sustainable over time caused investment to evolve and develop in places like New York, Illinois, New Mexico, Louisiana, Georgia and elsewhere,” he says. “What’s indicative of the longevity is the development of basically permanent cast and crew in many locations because of the repetitiveness of productions. That also gave confidence to banks and investors who decided to develop local soundstage facilities and other kinds of businesses — equipment rental, lighting, cameras, hardware stores that focus on the kinds of needs productions have.”

Stevenson says New Mexico is one of several states where incentives have demonstrated longevity during both Republican and Democratic administrations.

“Quite frankly, a production incentive could not survive if it did not produce jobs and investment,” Stevenson says. “They survive based on the embrace of that kind of policy rather than pass/fail. You have to have an incentive that’s competitive and meets the economic needs of those applying, and based on production requirements.”

While not privy to the site selection strategies of MPA’s six member studios, Stevenson says convenience and creativity rule the roost.

“With rare exceptions, right now cost is a driving factor,” he says. “Script requirements, or creativity, would be second, and then where the majority of the business lives — New York and California — would be third.”

All three factors would appear to be in New Mexico’s favor. And now workforce development can be added to the mix.

To date, more than $680,000 has been paid to film and media education programs around New Mexico from production companies who do business in the state under a unique Give Back program to boost workforce training.

As part of their agreement with the state, Netflix and NBCUniversal have pledged to each donate $55,000 a year over the next decade to support a training program for below-the-line (i.e. talent other than actors, director, producers and writers) production jobs. NBCUniversal has also initiated an aspiring director internship program for students in New Mexico.