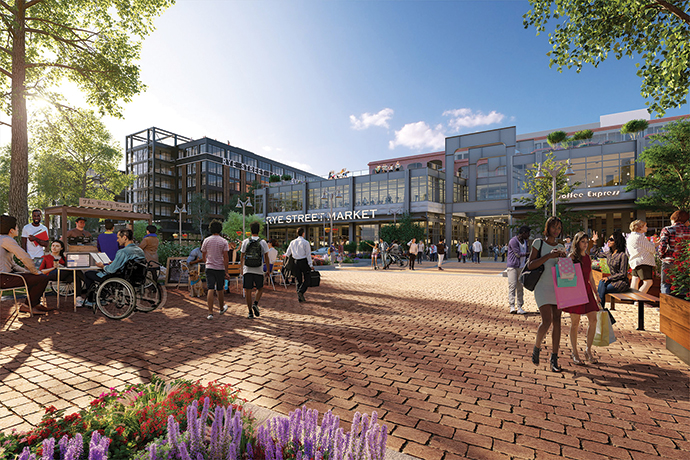 Baltimore’s Port Covington is to offer a mix of residential, office and entertainment with a focus on technology.
Photo courtesy of Weller Development Company
by GARY DAUGHTERS

This time last year, Maryland was feeling the aftershocks of the 2018-2019 federal government shutdown, which lasted 35 days and ended in late January. As a large chunk of the state falls within the suburbs of Washington, D.C., the shutdown directly affected an estimated 172,000 Marylanders. Together, those idled federal workers lost close to a billion dollars in wages.

But things have changed over the course of one year.

“You’d have a hard time finding a state in the northeastern United States right now whose economy is performing as well as our economy is,” says Anirban Basu, chairman & CEO of Baltimore-based Sage Policy Group and, since 2014, chairman of the Maryland Economic Development Commission.

“In early 2019 our economy was really soft,” Basu tells Site Selection. “But that was a year ago and now the federal government is spending money like there’s no tomorrow, which certainly is good for the Maryland economy. Things have conspired to position Maryland to enjoy a rate of job creation that we haven’t observed since the late 1990s.”

With business and living costs spiraling in Boston and New York, Basu says that economic activity is filtering down to Baltimore, which he considers to be the most affordable of all the major Northeast metropolitan areas.

Another key reason for Maryland’s turnaround, Basu believes, is one of undeniable importance to readers of Site Selection.

“Maryland, especially Central Maryland, is home to a lot of very large scale, developable and re-developable sites that are collectively accommodating a considerable amount of economic activity. A lot of large-scale projects are happening here. This significant array of sites has really helped to reshape the performance of Maryland’s economy,” says Basu.

Here are some industrial and commercial projects that bear watching. 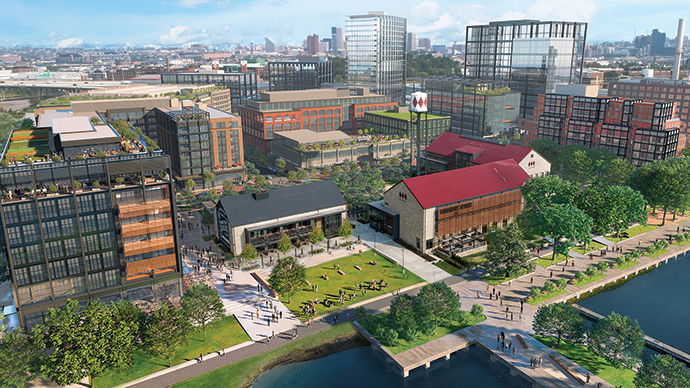 Tradepoint Atlantic: Built on the grounds of what was once a massive, Bethlehem Steel mill, Tradepoint Atlantic is being developed as a $2 billion, 3,300-acre (1,335-hectare) global logistics center near the convergence of Baltimore Harbor and Chesapeake Bay. With more than 900 acres (365 hectares) devoted to marine-related activity, the development provides deep water access to a 50-ft. (15-m.) shipping channel as well as on-site rail lines operated by CSX and Norfolk Southern. While Tradepoint Atlantic is years away from completion, a number of high-profile companies already have built large warehouses and other facilities there. Baltimore-based Under Armour operates a 1.3 million-sq.-ft. (120,000-sq.-m.) facility and Amazon has built a $250 million fulfillment center. Home Depot, FedEx Ground, Floor & Décor and Volkswagen are among other large concerns that have inked deals with Tradepoint Atlantic.

Towson Row: The Towson Chamber of Commerce estimates that more than $1 billion in private money has been invested over the past decade to redevelop the city’s aging core. A big piece of that is Towson Row, a $450 million mixed-use project under development now that’s to include housing for 700 Towson University students, 200 apartments for non-students, two hotels, restaurants and a parking garage. It is a project of local developer Greenberg Gibbons. “Towson Row is the centerpiece of downtown Towson’s restoration,” says Baltimore County Executive Don Mohler. “More people are living here, more people are visiting here, and more students are learning here.” 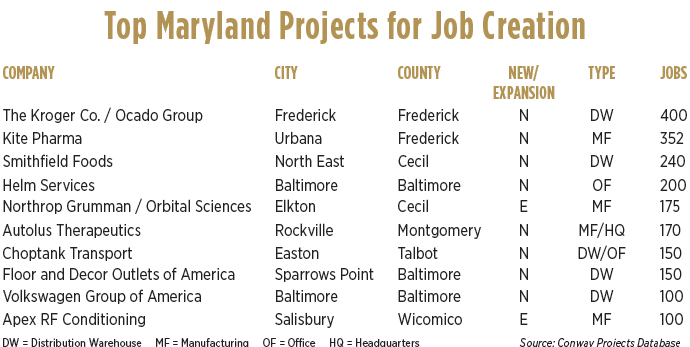 Kroger to Bring Hundreds of Jobs to Frederick 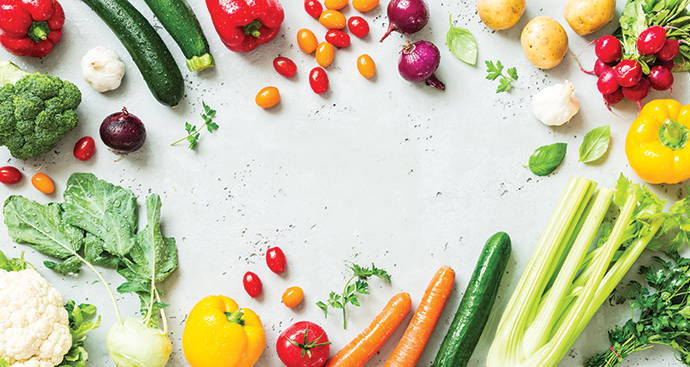 A highly automated fulfillment center packed with robots is nonetheless to deliver some 400 jobs to the Maryland town of Frederick, some 50 miles (80 km.) west of Baltimore. Kroger is partnering with U.K.-based Ocado, one of the world’s largest online grocery retailers, to construct the facility, also known as a “shed,” in Frederick County.

Kroger says robots will move across the top of a grid system to select crates filled with groceries to later be sorted and assembled into orders.

“Ocado’s proven technology will allow Kroger to achieve the lowest cost-to-service in the market, combined with the best freshness, accuracy and service,” says Luke Jensen, CEO of Ocado Solutions.

An earlier announcement had identified the Mid-Atlantic region as one of the Kroger’s initial shed locations, as the nation’s largest grocery retailer marshals an online presence. The Maryland location was announced in late January.

“Our centralized location will provide this grocery partnership with convenient access to several highways and access to thousands of customers across the East Coast,” said Maryland Commerce Secretary Kelly M. Schulz.

The Maryland Department of Commerce approved the venture for a $2 million conditional loan through Advantage Maryland, and the project is eligible for an estimated $5 million in county commercial and industrial tax credits over 10 years. In addition, Frederick County agreed to provide up to $150,000 in permit fees. — Gary Daughters