The Clean Energy Sector Gets Its Second Wind 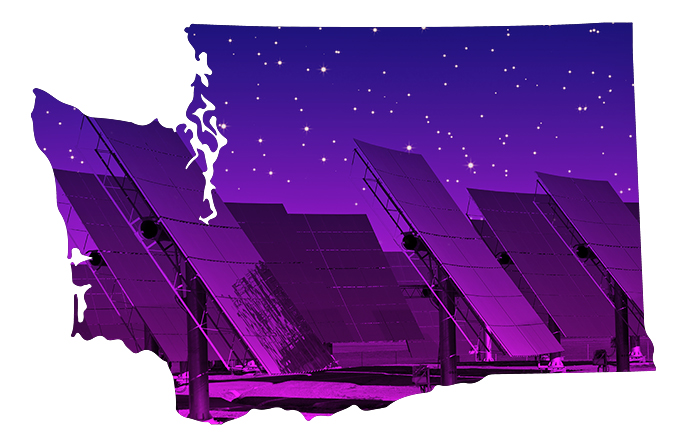 Know someone looking for a career in clean energy, or companies in the sector with which to collaborate on the next generation of clean energy technology? Look in Washington. More than half the state’s energy jobs — nearly 84,000 of them — are in clean energy, a sector that is increasingly important to the state’s economy. A December 2019 report from E2 (e2.org), Clean Jobs Washington, quantifies just how important:

Meanwhile, growth of clean energy jobs has slowed in Washington, to 2.2% in 2018 compared to 3.6% nationally. But that could change as efforts to ramp up clean energy initiatives accelerate.

In 2019, Washington policymakers passed SB 5116, committing the state to phasing out all fossil fuels by 2045. They also passed “ambitious building decarbonization and energy efficiency standards, as well as strong electric vehicle incentives covering all vehicle classes,” the E2 report notes.

Jefferson, King and Benton Counties lead Washington clean energy jobs by density at more than 20 per 1,000 employable residents. Whatcom, Skagit, Adams and Columbia are next at between 15 and 20, according to the E2 report. Bellingham, the Whatcom County seat, is home to a small cluster of clean energy companies that combined employ more than 3,300. One of them is expanding.

Silfab Solar is expanding its operations at the Port of Bellingham. The maker of ultra-high-efficiency premium monocrystalline photovoltaic (PV) modules will invest at least $4 million to add more state-of-the-art manufacturing equipment to address growing demand.

The Washington Department of Commerce provided a $250,000 economic development grant to the Port to assist the expansion. An estimated 20 to 40 new jobs are expected when the newest wave of production ramps up later this year. 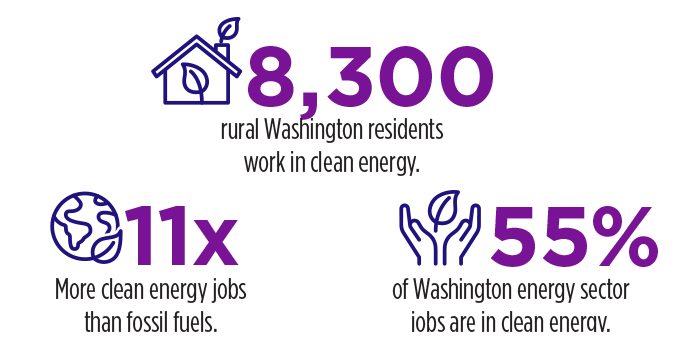 “Silfab remains committed to ongoing investments to improve product innovation and increase our footprint of quality manufacturing within the U.S.,” said Silfab Solar CEO Paolo Maccario. “Silfab supplies some of the best solar companies in the United States. This support from the state of Washington and Port of Bellingham will further increase Silfab’s solar production to deliver premium U.S.-made solar modules to meet our partners’ growing demand.”

Whatcom County — the Bellingham waterfront in particular — is a developing hub for clean energy research, innovation and manufacturing. Current partners include the Western Washington University Institute for Energy Studies, offering the first degree in energy studies in the state. Silfab is also contracted with the University of Washington Clean Energy Test Beds for testing of its new U.S.-made products to be exported around the world.