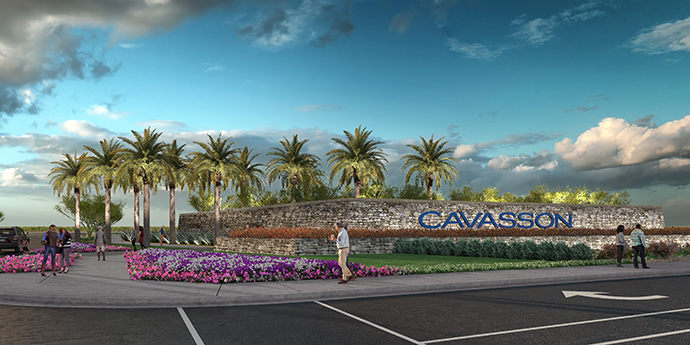 The Cavasson project at the Greater Scottsdale Airpark will include 500,000 sq. ft. of office space for Nationwide Insurance Co.
Photo courtesy of Nationwide Realty Investors
by MARK AREND

Colliers International in Arizona released its Greater Scottsdale Airpark 2030 Report in February, which highlights market conditions and predictions for the Scottsdale Airpark submarket. The area has become an “18-hour” city, with a growing mix of apartments, modern retail, hotel amenities and traditional commercial space. Scottsdale Airport, a former World War II training facility, gives the Airpark its name, but only about 5% of the companies there are aviation related.

The Airpark is home to about 3,300 companies employing more than 59,700 workers in 44.4 million sq. ft. of building space on 3,300 acres. More than 70 of the companies are in the high-tech sector, including Go Daddy Software, JDA Software and Universal Laser Systems. Business categories represented in Scottsdale Airpark include aerospace and defense, light manufacturing, healthcare and biotech and business services.

“The Scottsdale Airpark has experienced a renaissance of sorts, formulating its own urban character that is proving very attractive to employers,” says Jim Keeley, SIOR, CCIM, founding partner of the Scottsdale office of Colliers in Arizona. “Job seekers, employers and entrepreneurs are seeking live-work-play environments throughout the nation. The Scottsdale Airpark has expanded far beyond its light industrial roots to become a community where people live, walk their dogs, visit a great restaurant and work in a multitude of different industries.”

Once a commercial submarket focused on light industrial and manufacturing space, the area’s popularity has ostensibly priced itself out of that product type. “We really need more office/warehouse space to satisfy pent-up tenant demand,” says Keeley. “Land prices have escalated so much in the Airpark that developers can’t rationalize building that product type here anymore.”

“The Scottsdale Airpark has expanded far beyond its light industrial roots to become a community where people live, walk their dogs, visit a great restaurant and work in a multitude of different industries.”
— Jim Keeley, SIOR, CCIM, founding partner, Colliers International Scottsdale office

Retailers have been taking occupancy of spaces in Scottsdale Airpark. Some non-functional space built in the past decade has been renovated to meet current tenant needs, often scooped up by specialty boutiques.

According to Keeley, “The self-storage segment of the market is likely over its skis at this point. We have nine projects with more than 500,000 square feet in the market already. Two more are under construction, and three additional self-storage projects are planned. This pipeline will probably exceed demand and create an over-supply of storage space.”

Demand for office space in the Scottsdale Airpark has outpaced supply, and the area needs some new development. The Axis Raintree is underway and will bring approximately 175,000 sq. ft. of new space just west of the Loop 101 at Raintree. Cavasson’s 134-acre project at Hayden Road and the Loop 101 will bring 500,000 sq. ft. of office space for Nationwide Insurance Company and a Choice Hotel.

Approximately 800,000 sq. ft. of new office space is on the horizon for the Airpark, but that new inventory will not fully satisfy demand. More new office developments will likely be announced this year, as the expanding economy leads more businesses to the area.

Rental rates in Scottsdale Airpark have not yet risen to the level of 2008, but building sale prices have exceeded those achieved during that time. During 2019, 41 different projects in the Scottsdale Airpark were sold. Approximately half of those were office properties, selling for an average price of $233 PSF, compared to an average $219 PSF for office sales in 2018.

Low-interest rates and low cap rates are working in favor of the real estate investment market. National leaders in commercial real estate are predicting stable or lower interest rates during 2020, as well as compressing cap rates

Written in December 2019, the Colliers report is labeled 2030 because it forecasts growth at the Airpark based on Keeley’s experience in the market since the 1980s. Among his predictions for 2030 are these:

“The current pandemic makes everything foggy,” says Keeley, “but Arizona is very well poised to come out of this. We’ll continue to see a lot of California companies moving here — Arizona has a lot to offer.”

There is still a huge amount of uncertainty about the future of the [COVID-19] outbreak and the economic impacts associated with it. Regarding the outbreak, the question at this point is when government and self-imposed social distancing will ease. The April 2020 U.S. forecast from IHS Markit, which underpins the Arizona forecasts, assumes that social distancing begins to ease in the July-August period.

The epidemiological uncertainties create economic uncertainties. We are on track for a major downturn — the question is how bad and for how long. This forecast update is the second step in assessing the damage and the recovery. It projects a much more significant adverse shock to the state economy than the March Interim. As more hard data is released in coming months, we will know more about the economic impacts and the prospects for recovery.

The national forecast is combined with my assumptions about the impact of industry shutdowns on employment and retail sales. I assume massive reductions in employment in leisure and hospitality and retail trade and significant shutdowns in personal services and health care, during the second quarter of 2020, driven by the government- and self-imposed social distancing measures. 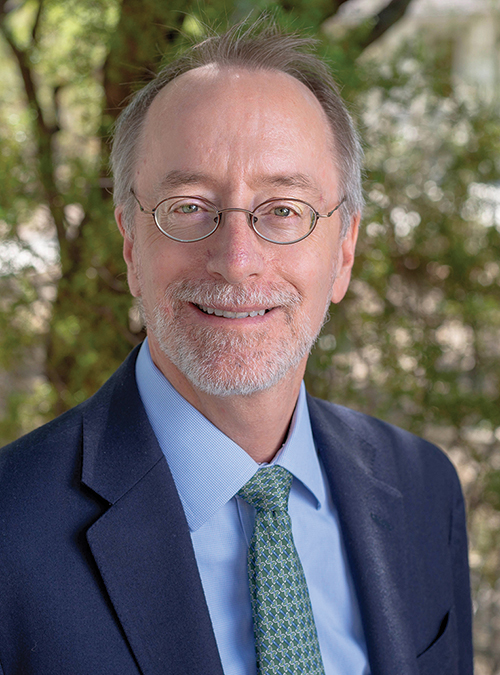 To give you a sense of the estimated shutdown impact, employment in leisure and hospitality is assumed to drop from 335,000 in the fourth quarter of 2019 to 91,000 in the second quarter of 2020. Trade, transportation, and utilities jobs drop from 546,000 in the last quarter of 2019 to 405,000 in the second quarter. Health care and social services jobs decline by 16,000 jobs as dentists, doctors, and physical therapists avoid non-emergency interactions with patients and clients. Personal services decline by 11,000 to reflect the shutdown by barbers, hair, and nail salons.

Taxable sales at retail establishments and restaurants and bars also experience a huge decline in the second quarter.

The current baseline projections put the magnitude of the coming downturn at about 50% greater than the 2008-2009 recession but shorter in duration. Under current assumptions, it is a short, sharp shock. Total nonfarm employment in Arizona declines by 481,000 from the first quarter to the third quarter of 2020. That translates into a peak-to-trough decline of 16.2%. For comparison, Arizona lost 305,000 jobs from peak to trough (quarterly) during the Great Recession. That was an 11.4% drop.

On an annual average basis, the forecast calls for state jobs to drop by 10.2% this year from 2019. That falls below the peak-to-trough decline, because the downturn begins and ends in 2020.

The state unemployment rate surges to 19.0% by the fourth quarter of 2020, but then drops rapidly.

Taxable retail sales decline this year, as job, income, and wealth declines take a toll on consumers. Sales at restaurants and bars gets hit harder, given the additional headwind from social distancing. Population growth slows, with reduced net migration, and that generates lower levels of housing permit activity.

Once we get past the shock this year, the recovery should be solid. Arizona was in very good shape before the outbreak and once the outbreak is under control, growth will accelerate significantly.

Growth rates will look very good initially, because we’re restarting large sectors of the economy. The forecast calls for the level of employment to return to its fourth quarter 2019 level by the end of 2022.

The pessimistic scenario assumes a deeper, more prolonged downturn. Arizona jobs decline by 695,000 from the last quarter of 2019 to the third quarter of 2020. That translates into a 23.4% drop.
The state unemployment rate peaks at 22.3% in the fourth quarter of 2020, then gradually declines.

Under the pessimistic scenario, it takes longer for the state to return to pre-outbreak levels. Jobs return to their late 2019 level in the first quarter of 2025, five years from now.

Dr. George Hammond is director and research professor, Economic and Business Research Center, Eller College of Management at the University of Arizona.