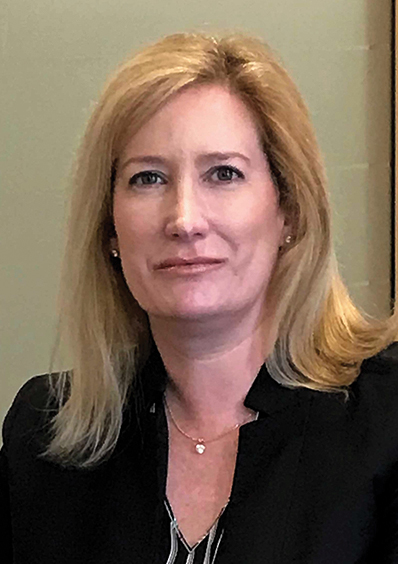 This is the strangest environment I’ve experienced. I have no personal reference for it, which puts me on the same footing as everyone else in the world. We all have the threat of COVID-19 in common.

I want to talk to you for a few minutes about our professional association, IAMC, and why now it is more valuable and important than ever for members.

We’re listening to you assertively and attentively. We know your business is at a fraction of its level before the emergency and that your travel for company business is likely severely curtailed or prohibited. We’ve geared up to provide professional development and other programming via Webinars directly to your homes as you shelter in place.

We can connect you with other members 24/7 via Cornerstone, which is a dedicated pipeline of support, advice and input from members to other members who choose to login to IAMC.org and participate. Cornerstone also houses our event program searchable archive of articles and presentations.

In response to COVID-19, we’ve shortened our programming time horizon to offer more very topical professional development programs to support your needs to succeed in this business environment. To cover new CRE topics, Webinars can be programmed and geared up to deliver on short notice.

Almost every program we offer can be delivered via Webinar. We reached back to the Milwaukee Forum and engaged the presenter teams of the seven top-rated workshops to produce Webinars this year. With the onset of COVID-19, we have supplemented these original Webinars with more to cover urgent CRE issues relative to the pandemic and others to enable members in the Fellows program to continue to progress toward their designation. Look for additional fresh, CRE-topic Webinars later this year.

IAMC is a global industrial corporate real estate network of hundreds of professionals. But like any community, it serves you best when you actively exercise and utilize it. Identify yourself as a member and reach out to other members for your business needs and interests. Attend events online and in-person. Lend your expertise as a speaker, panelist or moderator.

Lastly, you have friends here. First and foremost, if IAMC staff can possibly help with your issue, bring the question to Executive Director Tate Godfrey or another staff person with whom you are familiar. Also, each member of the board of directors has a duty of responsiveness to the members. Contact me or any member of your board. And it goes without saying IAMC is a fraternal community of professionals who place high value on their relationships with other members. I encourage you to seek assistance within the IAMC community before going outside.

In closing, we want to serve your professional association needs and interests in this unique and difficult time. I challenge you to utilize IAMC to the fullest. If you don’t find here a service we could offer to the benefit of many members, bring it up to us for discussion and potential development.


Now Is the Time to Plan Your Post-COVID Relief Strategy

How are you getting along with your landlord? How you answer that question will be critical in the weeks and months ahead as the industry puzzles out the impact of COVID-19 on our businesses. One thing is certain:

“This is not the time to just stop paying rent and not communicate with your landlord,” says Jonathan Keyser, founder of the self-titled Arizona-based, global real estate advisory firm, and a long-time IAMC associate member. “More than anything else, what needs to happen in this environment is communication, and you need to be proactive about it.”

Volvo Group Real Estate’s Jon Anderson couldn’t agree more. “As soon as you make that notice, you’re in potential default, and the landlord could go in and seize what’s in the building,” says the property leasing subject matter expert. “In a way, you’ve walked out. But were you prepared for someone to take everything you left behind?” 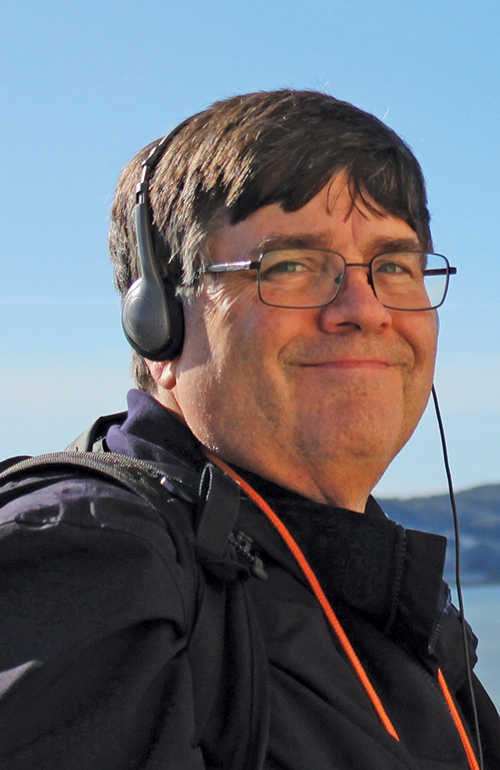 “In the U.S. generally the landlords have a longer time to remedy any issues concerning damages. Force majeure is basically a last resort, one that will tie you up legally.”
— Jon Anderson, Volvo Group Real Estate

Force majeure clauses — stipulating events beyond the control of the tenant or landlord — go only so far, and as Anderson points out, they’re typically weighted in favor of the landlord, at least in the U.S. “The UK and France both have stronger tenant-oriented force majeure clauses,” says the Greensboro, North Carolina–based Anderson, who oversees over 15 million sq. ft. of leases globally. “Sweden is one of the few countries in the world where they use a standard commercial contract for pretty much everything. But in the U.S., most of our commercial paper is written on landlord contracts.” 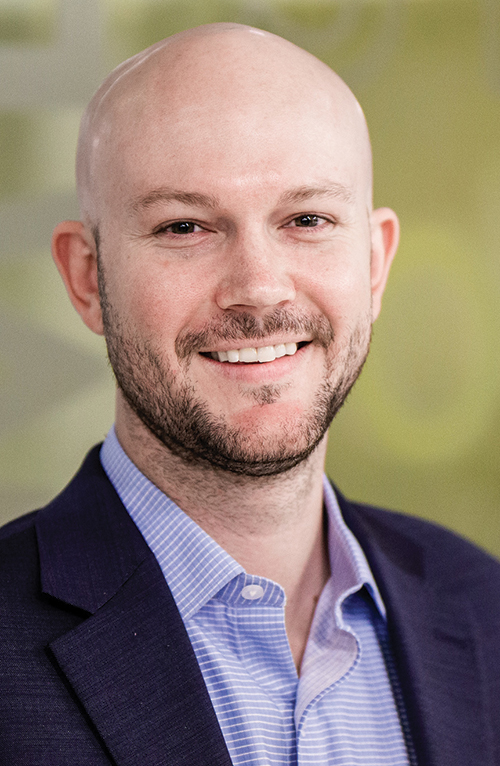 “A lot of the force majeure clauses in leases, written by sophisticated landlords and attorneys who’ve experienced similar events in the past, carve out rental payments,” says Keyser Industrial Practice Group Leader Ryan Steele. “The clause may release either party from certain obligations and responsibilities, but it usually says that in no event shall it excuse the tenant from prompt rental payments.”

AkzoNobel, like Volvo, is considered an essential business. But depending on how any specific country manages its shutdown decrees, they can still be subject to closures and staff cutbacks. In fact, in a way, the designation ties their hands.

“We’re an essential business, so I don’t see how I could even use force majeure as a primary remedy,” says Peggy Blais, who is manager of Corporate Real Estate & Facilities for AkzoNobel, with 6.3 million sq. ft. of North American holdings in her portfolio. “We were already in the process of reducing a few locations,” she continues, “and we’ve worked out deals with those landlords. I don’t see any other cost savings by enforcing force majeure.”

Act of God or the Courts?

Blais notes that force majeure is governed by state law. It’s not surprising, then, that earthquakes can be folded into the wording in California, hurricanes in Florida. But the win will still probably go to the landlord.

“In Miami,” says Anderson, “I can be out almost a full year before I can terminate. That’s common there because of the hurricanes. Otherwise, everyone could terminate, and the entire real estate market would crater. You may have some rent relief, but in the U.S. generally the landlords have a longer time to remedy any issues concerning damages. Force majeure is basically a last resort, one that will tie you up legally.” 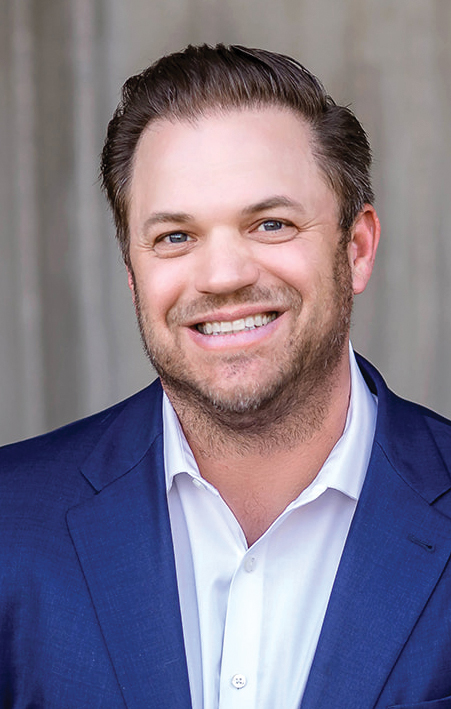 “This is not the time to just stop paying rent and not communicate with your landlord.”
— Jonathan Keyser, Keyser

“There’s a lot of irresponsibility and rushes to judgment,” says Keyser. “Companies are assuming force majeure will apply, but they’re acting without full understanding. This isn’t the landlords’ first rodeo. We saw force majeure litigation after 9/11, revolving mostly around whether the attack was one or two events. Ultimately it went to the courts.”

Plus, as of this writing, we’re still in the grip of the pandemic. Jon Anderson states frankly that there can be no resolution this early in the game as to how leases will read going forward. “Certainly we’ll be looking at how to word standard clauses in terms of force majeure,” he says. But it will be uncharted waters. “No one has ever dealt with this before.”

On one hand, “Forewarned is forearmed,” says Blais. “But it’s still a little too early to be an actionable item. I can’t see any state touching it until the coast is clear. Is the pandemic an act of God? I would leave that question to brighter legal minds than mine.”

But from a practical standpoint, she says, it will all come down to what the climate of the times will be when the dust clears, buildings start to open and landlords and tenants face off. At that time, “If you have a non-essential business and you ultimately discover that you have the opportunity to use force majeure as a hammer to get out, begin building your business case and start landlord discussions,” says Blais.

But is a face-off always the only option? We ask again: How are you getting along with your landlord? Any case you want to make with the landlord can only be helped if you show them a bit of due diligence and lay out a clear plan. 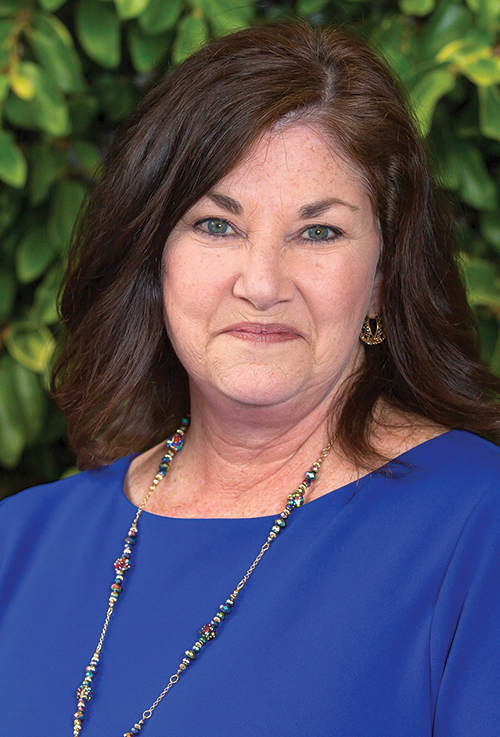 “If … you have the opportunity to use force majeure as a hammer to get out, begin building your business case and start landlord discussions.”
— Peggy Blais, AkzoNobel

“You need to demonstrate to your landlord that you aren’t just looking specifically to them for relief, but that you’re looking at other relief options as well,” says Keyser. “Demonstrate to them what you were doing before, how this shutdown impacted you, the specific help you’re requesting and how it will remedy the situation on the other side of this. You need to cooperate to achieve a successful outcome.”

That can be a particular challenge in cases such as Volvo’s. Anderson reports that, given its far-flung holdings, “we have 700 leases and more than 600 landlords.” So getting cozy with landlords has to be left to the locals.

Whoever does the cooperating, it needs to be informed cooperation. “Sometimes in lease negotiations, the things most people dismiss as not that material — the ‘it can never happen here’ mindset — can become material, and that can mean the difference between survival and profitability,” says Keyser. We all hope for the best, but, “understanding all of the different elements of your lease on the front end when you’re negotiating it and planning for the worst is critical for all IAMC executives.”

Even though the legal eagles will do the heavy lifting in disputes, and even though it’s all too early to pull the trigger on any post-COVID strategy, now’s a good time to start that due diligence. At least it’s a good time for CRE executives to brush up on how a shutdown can inform (and be informed by) the other clauses in your leases, such as holdover, tenant improvement completion, restoration and business interruptions.

“Also, know your SNDA [subordination, non-disturbance and attornment] clause,” says Keyser. “There’ll be significant issues for tenants without a well-negotiated SNDA clause, which means that, if the building goes back to the bank, their tenancy isn’t affected.”

Until we all get our post-COVID sea legs, Keyser recommends adopting a “wait and see” strategy. “The real impact of this downturn hasn’t yet been felt,” he says. “If you can, it’s probably wise to wait to let this play out a bit before you strike any significant new deals. But start early so you can navigate and plan through this.”