The Park That Thought of Everything 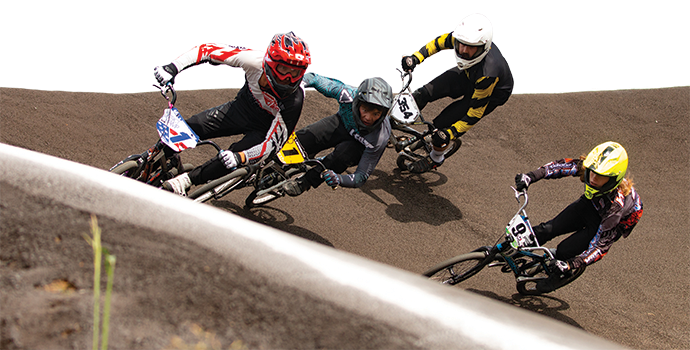 MAIP partnered with the USA BMX Foundation to open the Mayes County BMX track, the first such venue in the nation to build its ridership based on STEM programs.

Workforce assistance, inexpensive power and a central U.S. location in northeastern Oklahoma were among the magnets attracting companies to the 9,000-acre MidAmerica Industrial Park (MAIP) in recent decades. Now there’s another.

There’s no shortage of labor in and around Pryor (named the third-cheapest small town in America in 2019 by Kiplinger), where MAIP is based. But like many areas, lack of in-demand skills can be a challenge for employers. By one estimate, about 60% of high school students in the region do not pursue a higher education degree or certificate. That’s a labor supply waiting to be trained and put to work.

“We want high school kids to get plugged into these programs to develop those technical skill sets and also become aware of career opportunities that exist at the park for them,” says Scott Fry, MAIP director of workforce development. “We put together a multitenant approach, so we’re really trying to leverage the expertise of our partners, whether that’s career placement, training or technology access.”

Why Google and Others Keep Expanding

Among the 80 companies resident in the park — 30% of which represent the metal, machining and manufacturing sectors — is Google, which opened a data center in 2011 and a second facility in 2012. The combined investment was $700 million. In 2018, the internet giant revealed plans to spend $600 million at its facilities in Pryor, bringing the company’s total investment in Oklahoma to more than $2.5 billion. Additional investment is expected following Google’s announcement in February 2019 that it will invest $13 billion at data centers across the U.S.

Workers at Google and the other MAIP tenants are just 40 minutes from downtown Tulsa and the many dining, cultural and entertainment offerings that affords. MAIP’s onsite property features:

“The reason we chose MAIP is that it is centrally located in the United States and close to major highways that cut across the country, making it easily accessible for transportation of our products,” says Doug Harris, president and CEO. “In addition, the power is inexpensive, and the surrounding area provides a very good, stable and well-trained workforce.”

Harris cites the training and Workforce Development programs and two educational facilities — the MAIP Campus of the Northeast Technical Center and the Pryor Campus of Rogers State University — as particularly beneficial. Accelerated depreciation of property and the New Market Tax Credit are two more.

“MAIP is wonderful when it comes to collaborating and working with the companies in the Park,” says Harris. “Under the direction of Dave Stewart, they listen to the businesses and develop tools to solve any issues they may have. Through their Workforce Development Program, they also assist in placing well-trained employees if a company in the Park should have a need.”

This Investment Profile was prepared under the auspices of MidAmerica Industrial Park. For more information, visit www.maip.com.