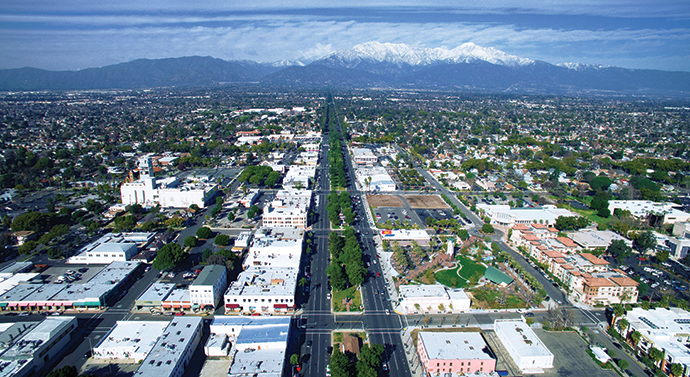 A medical office building in the city of San Bernardino and an affordable apartment community in the city of Ontario are the direct result of this new program, and the investors in them see these projects as a way to jumpstart economic development in neighborhoods that need a lift.

Signed into law by President Donald Trump on Dec. 22, 2017, the TCJA created OZs to stimulate economic development and job creation by incentivizing long-term investments in low-income neighborhoods. An Opportunity Zone is an economically distressed community where private investments, under certain conditions, may be eligible for capital gain tax incentives.

OZ investor RevOZ Capital is developing an 11,325-sq.-ft. medical office building, a redevelopment project that is replacing a one-story triplex with a build-to-suit property serving the Children’s Department of Behavioral Health. Located at 755 East Gilbert Street in San Bernardino, the property was acquired in December 2019 by RevOZ and its local development partner, which secured a 15-year lease prior to construction. The building is set to be completed by December 2020. 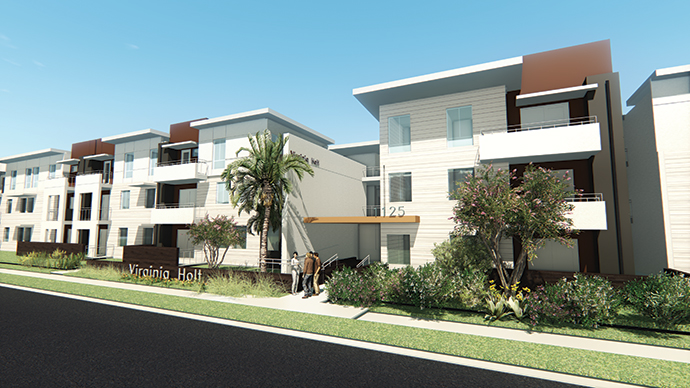 Sudweeks Construction is building the facility, which was designed by Ping Architecture and KWC Engineers. Sudweeks Development and Investment Company (SDIC) is also a joint venture investor with RevOZ on the project.

Brandon Sudweeks, president of SDIC, said, “We are always attracted to new development opportunities with the County of San Bernardino, and this one was of particular interest as we are building a children’s facility for the Department of Behavioral Health. The families and children in this community will benefit by upgrading from older facilities into a state-of-the-art, brand-new facility that has been custom-designed by industry experts to provide the best possible care to underserved families.”

Leveraging OZs for the Community

The project is expected to create 40 direct jobs as well as hundreds of indirect jobs upon buildout and opening — jobs that would not be created were it not for the OZ program, notes Sudweeks. “Simply put, this project would not be built if it were not for the OZ benefits,” he said. “My advice to other investors is to work with a solid group who understands the nuances of developing and investing in Opportunity Zones, such as RevOZ Capital.”

Ryan L. Parkin, managing partner of RevOZ Capital, a firm that is a noted leader and early adopter in OZ real estate investing, says the San Bernardino development “is a project that shows how underserved communities can leverage OZ benefits to provide community benefits and return to investors.”

“None of this would be possible without the collective commitment of the city, county, and every stakeholder, funder and agency that has dedicated itself to turning this dream into reality.”
— Steve PonTell, President & CEO, National CORE

While this is RevOZ’s first venture in San Bernardino County, Parkin says that the principals have done business in the county before. “We’re based in Newport Beach just 60 or 70 miles away,” he notes. “We’ve been active in the Ontario area and San Bernardino County and Riverside County before this project.” Overall, he says, he likes doing business in the county and says it has a proven history of supporting positive projects like this one.

Not too far away, in the city of Ontario, National Community Renaissance (National CORE) broke ground last Oct. 12 on a transformative affordable housing community that will be part of a downtown area revitalization. The 101-unit development will help anchor the city’s plans for a modern urban village in and around its historic urban core.

The Vista Verde Apartments at East Nocta Street and North Virginia Avenue is part of a broad redevelopment of the downtown funded in part from a $35 million grant the city received through California’s Transformative Climate Communities (TCC) program. The TCC grant is a critical element of the city-led initiative called “Ontario Connects: People, Places, Prosperity.”

Vista Verde will feature high-quality, energy-efficient apartments in a bike-and-pedestrian-friendly setting that encourages healthier lifestyles and reduces pollution. The affordable units will be available to tenants earning between 30% and 60% of the area’s median income. The project’s developer, National CORE, is one of the largest and most acclaimed non-profit community builders in the U.S.

Steve PonTell, president and CEO of National CORE, credited the city with bringing all parties together to get the project done. “None of this would be possible without the collective commitment of the city, county, and every stakeholder, funder and agency that has dedicated itself to turning this dream into reality,” he said. “We’re proud to be part of this effort, and we look forward to bringing the vision of Vista Verde to life.”

“Combined with the major improvements that are coming with regard to transit opportunities along Holt Boulevard, Vista Verde will encourage local pedestrian activity due to its proximity to transportation corridors, connecting residents to jobs,” said Ontario Mayor Pro Tem Alan D. Wapner. “We truly believe that what we’re doing is a model for our downtown area and future development in Ontario by creating safe, healthier and sustainable neighborhoods.” 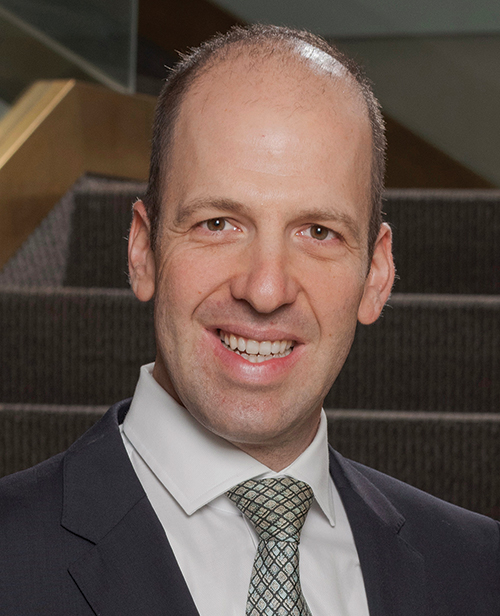 “There’s over a trillion dollars of GDP within a three-hour drive of here, and yet we are one of the most affordable locations in all of Southern California. That’s positioned us as a very welcoming business environment for a high-growth trajectory.”
— Gil Keinan, Executive FUSE Fellow, Opportunity Zone Development, San Bernardino County EDD

PonTell says he likes investing in affordable housing because of its ability to transform the surrounding community. “I believe housing is a critical part of economic development,” he says. “It gives employers the ability to attract and retain workers. Affordable housing can be catalytic when the market is not moving. Holt Boulevard is an example. The street goes along Ontario International Airport; and our project is at Holt and Grove.”

PonTell says he has been attracted to San Bernardino County for a long time. “We were there before the OZ maps were created,” he notes. “When the maps came out, we had seven projects in our pipeline in OZs. It’s a catalytic opportunity. It drives the need for additional commercial and other development. You essentially prime the market for going forward.”

He adds that “construction is full speed ahead on the Ontario project. It will be done in the spring of 2021. The Ontario project is creating literally hundreds of construction jobs. The total capital investment in that project is around $30 million. Five permanent jobs will be created on site upon completion. When we look at the kinds of jobs people living in our properties will hold, they are service workers, schoolteachers, entry-level government workers and others. Rents will range from $400 a month for one-bedroom units to $960 a month for some two-bedroom units.”

Gil Keinan, Executive FUSE Fellow for Opportunity Zone Development at the San Bernardino County Economic Development Department, says that “the Tax Cuts and Jobs Act of 2017 was designed to spur job creation in low-income communities by providing capital gains tax deferral and exemptions from qualified investments. OZs offer tax liability payment deferral for capital gains until 2026, optionality for step up in basis, and if you hold the investment for a minimum of 10 years, there is no capital gains tax on appreciation at the time of exit.”

Keinan says that OZs are one mechanism within a larger toolkit used by the County to achieve desired outcomes. “We get involved to help craft creative financing solutions to advance high-priority projects,” he says. “Investors like plug-and-play structures but we often need to work together with private, philanthropic and public sources to create a capital stack that makes sense. It’s encouraging to see the level of innovation in business in this county and to meet the amazing people working here. We have a quickly growing mix of logistics, manufacturing, pharmaceutical, energy and other companies, coupled with access to three major airports, and we have resorts and national parks such as Big Bear, Joshua Tree and Lake Arrowhead to drive tourism.”

Keinan adds that San Bernardino County is also home to one of the highest concentrations of OZs in the State of California. “The level of support we’ve received from all levels of government is enormous,” he says. “There’s over a trillion dollars of GDP within a three-hour drive of here, and yet we are one of the most affordable locations in all of Southern California. These factors and more have positioned us as a very welcoming business environment with high-growth trajectory potential.” 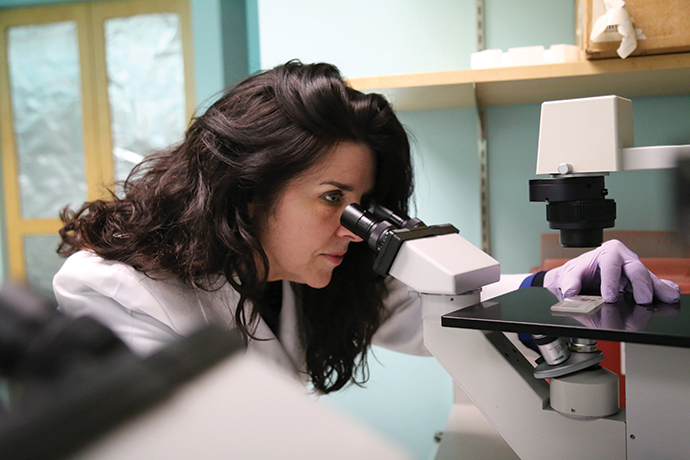 Matt Horton, director of the Center for Regional Economics and California Center at the Milken Institute, says the OZ program has the ability to enable more people in inland Southern California to live closer to where they work. “We have to alleviate the burden of people driving hours to get to coastal jobs,” he says. “You’re seeing a lot of intentionality coming out of places like San Bernardino County. You’re seeing a lot of movement of people inland because of need. These OZ projects in San Bernardino County are reflective of that.”

In the future, more investments like the medical complex in San Bernardino and the affordable housing community in Ontario will be needed, says Horton, adding, “Intentionality on the part of the public sector is what’s needed to support broader economic growth.”